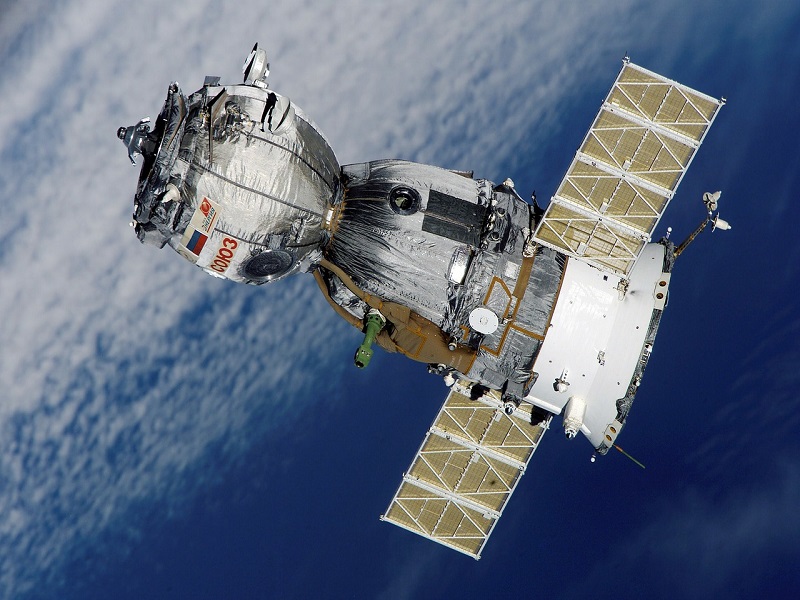 SpaceChain announced Thursday that its blockchain-based hardware wallet tech is about to reach the International Space Station (ISS). The technology is on a SpaceX Falcon 9 rocket, which took off yesterday from Cape Canaveral, Florida.

Blockchain Goes to the ISS

This is the first blockchain demonstration on the ISS. The hardware wallet will be integrated into Nanoracks’ commercial platform on the station. Nevertheless, this is not the first time that blockchain has gone into space. SpaceChain has previously sent two blockchain hardware units into space, initiating a decentralized orbital network of fintech applications.

The ISS is a space station positioned in low Earth orbit. It represents an artificial satellite that can host several crew members. The programme, which launched in 1998, is a joint effort between NASA, Russian Roscosmos, Japanese JAXA, European ESA, and Canadian CSA.

The blockchain payload was launched on a SpaceX Falcon 9, which deployed SpaceX’s Dragon cargo capsule into orbit. Soon after the launch, the Falcon 9 landed on the SpaceX’s drone ship in the Atlantic ocean, while the cargo capsule is expected to reach the ISS this Sunday.

The racket launch is part of the CRS-19 commercial resupply service mission. Dragon is a reusable cargo spacecraft created by SpaceX. On a side note, the US-based private space transportation firm was founded by Elon Musk, who acts as CEO and CTO. Dragon has been regularly launched into orbit by the Falcon 9 rocket since 2010. The Thursday launch marked the 21st Dragon mission. The only time when such an operation failed was in June 2015, when the payload was lost after an in-flight explosion of the rocket.

SpaceChain said that its ISS demonstration mission wouldn’t be possible without the assistance of Nanoracks and its Space Act agreement with NASA. Nanoracks is a private company that helps third parties place their payload into space.

SpaceChain will activate the payload on the ISS to demonstrate the receipt, authorization, and retransmission of blockchain-based transactions. The operations will be carried out by creating multisig transactions, which involve multiple signatures.

“All data will be both uplinked and downlinked directly through Nanoracks’ commercial platform,” the company explained in the statement.

SpaceChain said that the testing of its blockchain payload should be ready by early next year.

The third payload launch is a significant milestone not just for SpaceChain but also toward the development of the New Space Economy.

The integration of space and blockchain technologies has uncovered new possibilities and opportunities and we are very excited about the prospect of working closely with financial service providers and fintech developers, IoT service providers, research institutions and space agencies in the coming months to further accelerate advancements within the ecosystem.

Jeff Garzik, the other co-founder of SpaceChain, who acts as CTO, said that blockchain was the next major disruptor in space. According to him, the company intends to fix vulnerabilities for digital assets by integrating them with the “New Space Economy.”

Earlier this year, the European Space Agency (ESA) awarded SpaceChain as part of its Kick-start Activity program. The ESA encouraged SpaceChain to further develop use-cases for the satellite blockchain technology.

According to SpaceChain, adding space-based payloads to existing networks will allow businesses to improve the security of digital asset transmission. Thus, digital assets will address the vulnerabilities to hacking and cyberattacks when hosted exclusively in servers on the ground.

Besides the ESA, NASA is also betting on blockchain and artificial intelligence (AI) to improve space communications.

What do you think of SpaceChain’s blockchain initiative into space? Share your thoughts in the comments section!