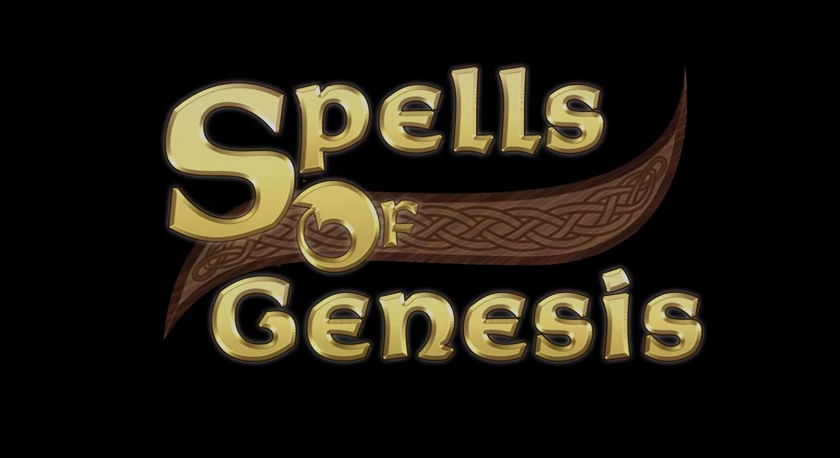 Spells of Genesis – A Blockchain Based Trading Card Game

Spells of Genesis is a new mobile game that combines trading cards with an arcade, similar to Magic the Gathering with an epic style role play. The most important aspect of this game: it will use blockchain technology as well as Bitcoin for its game economy and storyline. It will be the first one to do so, making it one of the most innovative and interesting games on the scene. 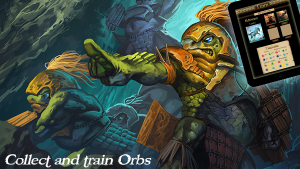 The game allows for players to collect and trade cards, build powerful decks, and defeat their opponents on this epic adventure part of the fantasy realm of Moonga. During the game, players will encounter hundreds of enemies which they have to defeat using a unique battle system. Players have to strategically place their orbs (cards) and shoot them at the enemy. The combination of intuitive gameplay with deep strategy featured in Spells of Genesis is what makes it a hard game to master but easy to learn.

On this journey, players will need to be constantly collecting and trading orbs to upgrade their deck of cards. To defeat their opponents, players will have to face them in the battlefield using a specially developed combat style. 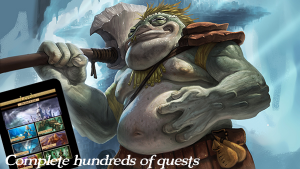 The game takes place in a fantasy world built of mountains, deserts, seas filled with mythical, wicked creatures. In each level, players will encounter enemies with different skills, and they will need to use their cards in order to annihilate them.

The cards will have an important role in the game, each Orb is different with its own attributes, strengths, weaknesses, and special powers. Players need to use these features strategically to help them defeat opponents of various abilities throughout the game.

Spells of Genesis is being developed by Everdreamsoft, the creators of the successful trading card game Moonga which received so far over 250.000 downloads. Moonga was very popular, it was the top-rated game in several countries between 2010 and 2012.

Nowadays games are being produced by developers focusing on profiting from players rather than being interested in rewarding them. Everdreamsoft, instead, wants to create a game based on strong cooperation between community and players. The game maker aims to reward supporters who contribute to the development and promotion of the project with a financial incentive. The intention is to have a game owned by the community not only by its developers. Players will be able to contribute to the development and funding of the project while receiving some profits later.

BitCrystals will be the game fuel and the premium in-game currency, they are a Counterparty asset, also known as Token. There is a limited supply of BitCrystals which can be used (burned) to create new card packs or traded with other players in the game. 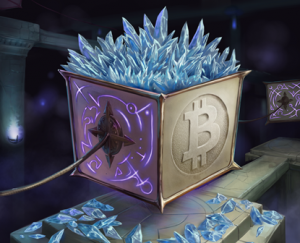 Players will be able to trade their Orbs and other game items easily within and outside the mobile app. Counterparty, will be used to create and customize the Orbs which are simply tokens. These will also be running on the Bitcoin blockchain and can be used as a cryptocurrency. They will all be assigned a unique Counterparty token name, this will verify their genuinity, features, and powers. Players will own their game items and cards not only within Spells of Genesis but also on the Blockchain enabling them to be freely traded outside the game. This gives birth to an incredible new game economy that has never been possible before.

Once again, Koinify will be hosting one important Token Sale. The Everdreamsoft team chose Koinify because of its large experience and success with token sales. The Spells of Genisis token sale will be held starting June 2015 when people interested in supporting the project will be able to acquire BitCrystals.

The Spells of Genisis team has recently celebrated a partnership with FoldingCoin as well. FoldingCoin is a coin that is rewarded for the pc’s computational power towards the “unfolding” of proteins. With this process people “hashing” for Foldingcoin, are contributing to medical research and helping researchers to study diseases like cancer, Alzheimer’s and Parkinson’s. The team is offering a total of 100,000 BitCrystals to folders and another 300 special unique “folding” trading cards, which will only be distributed this way. This cooperation is set to last until May the 31st, one day before the sale begins.

By “mining” some Foldingcoin, it will be possible to earn some BitCrystals before the sale start. To read more about the token sale go the SoG official page: http://spellsofgenesis.com/

We’d like to hear your thoughts on the game? Leave your comments bellow!