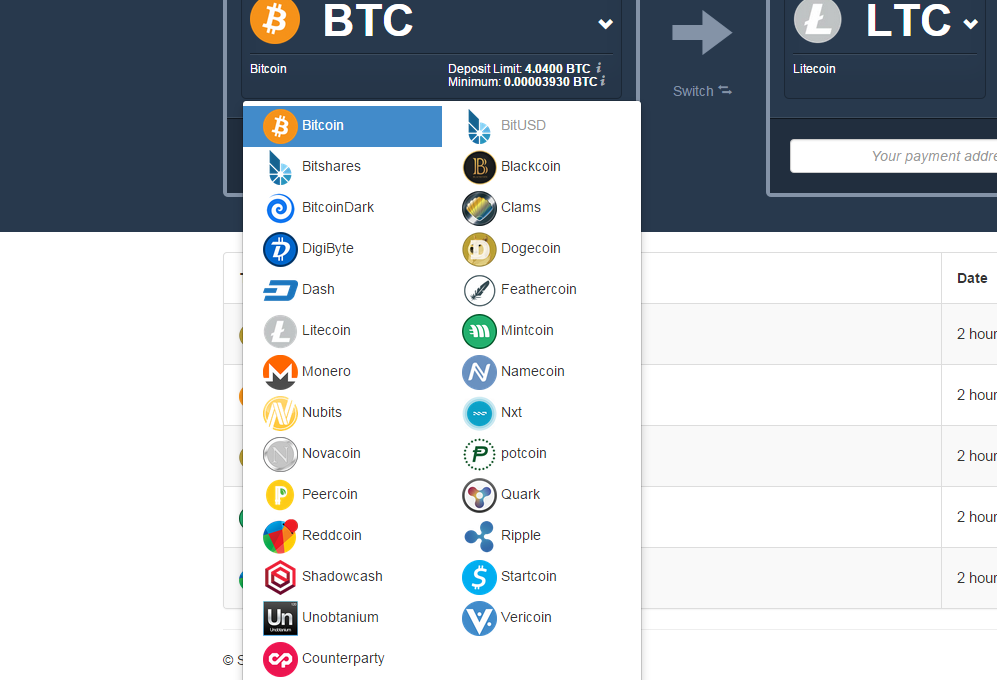 ShapeShift.io, was launched in August 2014, and in less than a year it has become a market leader. Shapeshift.io is now the most convenient way to exchange digital currencies directly one to another. The exchange has integrated about two dozen currencies to date, enabling instant conversion between all of them directly.

Counterparty is an open source peer-to-peer financial platform built on top of the blockchain. It enables users to engage in various forms of assets, smart contracts and other functionalities extended from a payment network into a full-fledged financial platform.

Erik Voorhees ShapeShift.io CEO and Founder seemed to be very pleased when stating:

“As perhaps the most famous Crypto 2.0 platform, Counterparty has demonstrated a track record of innovation and professionalism; the Counterparty asset is a natural fit for ShapeShift.”

other coin added was Monero; XMR is a secure, untraceable and private cryptocurrency based on the cryptonote protocol. Monero is seen as a possible substitute for Darkcoin after its team rebranded to Dashcoin. In the last month XMR as more than doubled its value and its market seems to continue to have a lot of traction, which makes it an excellent addition to the platform as well.

Interested users and businesses will now be able to use the ShapeShift API to instantly accept payment in XCP, or XMR. With whereupon it will be instantly converted to Bitcoin, or any other digital asset in which they prefer to hold value.

ShapeShift.io has introduced a state-of-the-art exchange and delivered a new type of service that enables users to easily swap coins. Shapeshift.io presents a new business model for exchanges and many argue it is how all digital currency exchanges should work.

What do you think about Shapeshift.io instant exchange services? Let us know on the comments below!