The Swift payment network breaches have been making media headlines for several weeks now. But it appears more than three banks may have been breached, as researchers are investigating 12 similar incidents. Although nothing has been confirmed yet, this news does not bode well for the financial ecosystem.

A lot of people were concerned about Swift when it became clear more than one bank lost funds due to a breach. To make matters even worse, the scope of these attacks may be much broader than anticipated. FireEye researchers are investigating a dozen incidents involved computer breaches showing similarities to the Swift attacks.

Most of these potential victims are based in Southeast Asia, and all of them have dealt with potential computer breaches. There is no evidence whether or not money was stolen during these alleged attacks. From the information we have received, we can tell some of the banks are located in the Philippines and New Zealand.

Swift Is Being Targeted By Someone 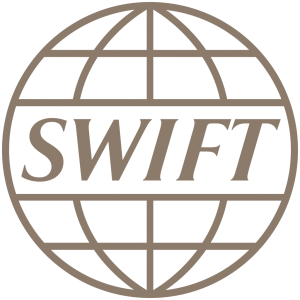 Assuming [some of] these banks have indeed been breached, it becomes apparent a targeted campaign against Swift is underway. However, we will have to wait until FireEye completes their investigation to say for sure what is going on with the payment network.

Swift has warned about there potentially being more breaches than just the three reported ones. The payment network is facing increased scrutiny from bank customers who are demanding the cooperative to step up security measures. The level of trust within the network itself seems to have been broken, which puts many people on edge.

Regardless of the outcome of this investigation, cyber security remains a critical flaw for the financial sector. With the three previous breaches totaling up to over US$90m, things are not looking positive for Swift. Moreover, it poses the question as to whether or not future attacks are imminent, and if so, which banks will be targeted.

Securing the existing banking infrastructure should be the top priority for Swift right now. Doing so is much easier said than done, though, as smaller banks do not have the financial resources for major upgrades. Some sort of solution has to be found for all parties involved, and it needs to happen fast.

What are your thoughts on this investigation by FireEye? Let us know in the comments below!