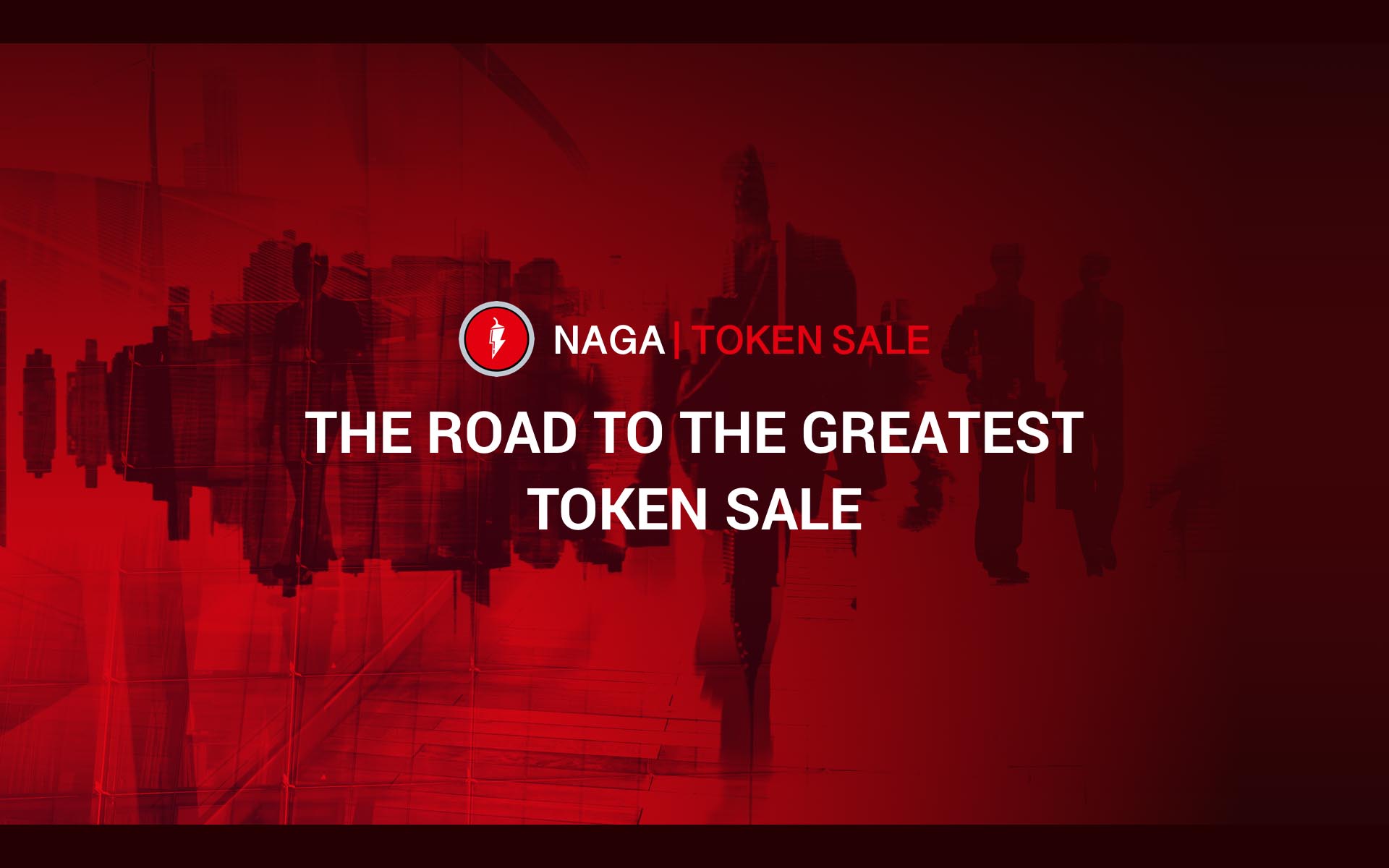 FinTech company and SwipeStox creators The NAGA Group have closed an extremely successful token pre-sale raising over $15.5 million USD in just a week’s time. A huge thanks to all of the backers. STAY TUNED FOR THE MAIN-SALE.

NAGA’s token pre-sale began on November 20, 2017, and has ended on November 27, 2017. The pre-sale’s performance has been pretty impressive. Having passed its soft cap of $1 million within ten minutes of launch, the token pre-sale has sold over 80% of its stated hard cap of 20 million tokens.

NAGA’s token pre-sale has raised over $15.5 million USD and sold over 18.5 million NGC tokens. More than 15,500 investors have participated in the pre-sale so far and have taken advantage of the 30% token bonus being offered exclusively during the pre-sale.

The NAGA Group are no strangers to success. Listed on the Frankfurt Stock Exchange in July 2017, NAGA’s IPO was the fastest performing German public offering in the past 15 years. Since their debut as a publicly traded company, NAGA’s share price rose from €2.60 to an all-time-high of 22.80€ before settling into the €12.50 – €14.50 range – an increase of over 400%.

NAGA is already leaps and bounds ahead of most ICO projects in that they already have a working product. Their flagship product, SwipeStox, is a social trading app that combines the most sought-after social media features with a robust, easy to use trading platform. Launched in 2016, the app has been downloaded more than 300,000 times, generates millions of dollars in annual revenues, and has a total trade volume of over $49 billion to date.

Another exciting product being developed by NAGA, currently in alpha, is Switex, the first independent marketplace for virtual goods. Although the app’s primary focus is the buying and selling of in-game video game assets, other virtual goods – like event e-tickets – can be bought and sold on the platform as well.

Backed by Some of the Biggest Names in the Crypto Community

The NAGA Group’s success has garnered the attention of some of the biggest names in the cryptocurrency community. “Bitcoin Jesus” Roger Ver, Founder and CEO of Bitcoin.com, joined the project’s advisory board in early November, along with fellow Bitcoin.com colleague and COO Mate Tokay. The pair were later joined by Miko Matsumura, founder of the Evercoin cryptocurrency exchange and a Limited Partner with Pantera Capital.

In the current ICO landscape, investors want reassurance that the companies they are investing in are stable, accessible, and will be around for the long haul. The NAGA Group understands this and has done an incredible job of keeping the crypto community in the loop by making themselves available to answer questions.

On November 17 and 24, respectively, NAGA held two live Q&A sessions on YouTube. The first was a general Q&A about the NAGA token sale, while the second was a refreshingly transparent discussion about the “tokenomics” behind the token sale. Additional Q&A sessions are planned throughout the token sale period and beyond.

NAGA has made it a top priority to remain as engaged as possible with the crypto community. They are extremely active on social media and in their Telegram chat, which has grown to over 5,500 members, there is always a team member available to answer questions.