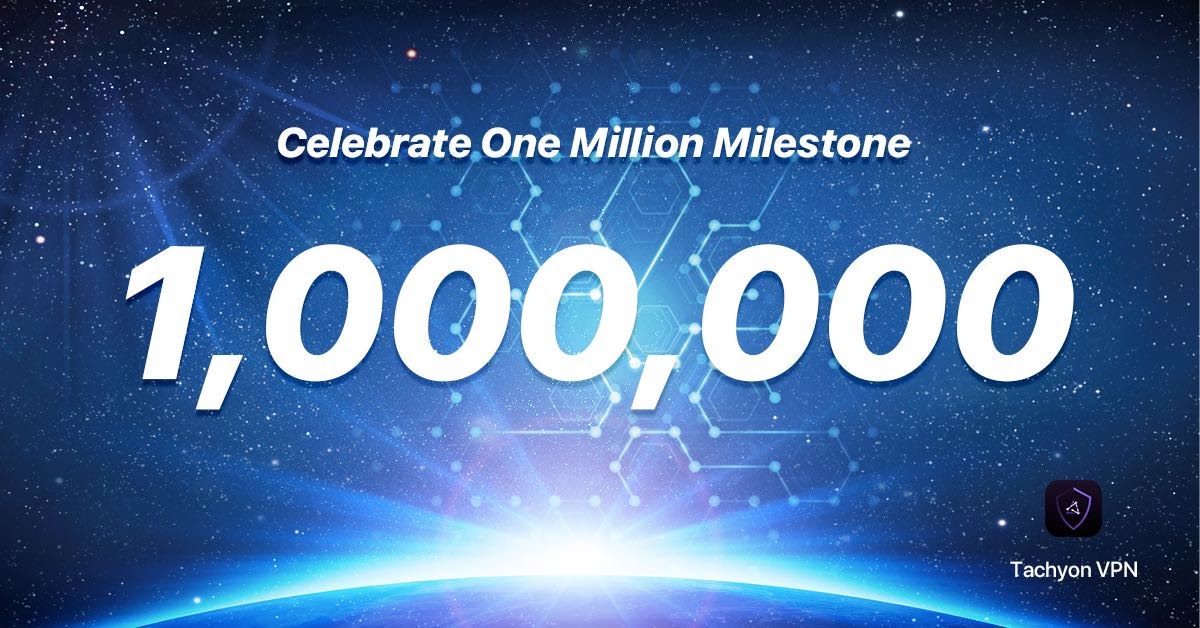 Tachyon Protocol (IPX)’s VPN service, Tachyon VPN, is now the proud VPN service provider to more than one million users. This comes within just 6 months of the Alpha 2 release with 1544 new nodes added over that time. As of the time of writing, the platform currently has 1,7K+ nodes handling 1.1M+ users. When it comes to speed and scale of adoption for blockchain-based VPN solutions, Tachyon has set the bar very high.

Tachyon officially launched its whitepaper in the last quarter of 2019 which gave the world the first glimpse of its censorship-resistant solution for a decentralised internet. Over the course of a few months, the native $IPX token has been listed on leading exchanges such as Bithumb and HitBTC, node count has grown exponentially, new platform partners have been onboarded and collaborations with Google Cloud, AWS etc. signed. As a testament to Tachyon’s focus on individual freedoms and liberties, it is currently one of the most popular apps in Belarus where citizens are facing an internet blockade from authorities. Tachyon VPN is giving traditional VPN solutions strong competition there.

With a rapidly increasing user base, Tachyon VPN is easily positioned to be one of the top 5 Dapps in the world and in the same league as Brave and Cryptokitties in terms of active users. It’s the first Dapp which receives such a strong welcome from global normal users. This also indicates a strong demand for the IPX token. Over the coming days, we will also be seeing new listing, staking partners, Node Manager 2.0, release of the payment channel and bandwidth marketplace.

Tachyon Protocol is a decentralized internet protocol that aims to create a libre, secure and private internet for users. The Tachyon-based VPN, IoT, DeFi, Storage, CDN, DNS and other Apps will benefit more than 900 million users. By implementing techniques from DHT, blockchain, UDP and encryption, Tachyon is committed to building the next generation TCP/IP that can provide a self-sufficient internet environment with high security, untraceability, availability, and maximum network speed. Tachyon brings to fruition years of experience and research by Sunny King (inventor of PoS i.e. Proof-of-Stake consensus mechanism), Peerchemist (Peercoin Project Leader and President of the Peercoin Foundation) and FinTech investor Alex Yang. Tachyon VPN currently has 1M+  users and offers 1.7k+ distributed nodes to choose from. For more information, please visit https://tachyon.eco/.