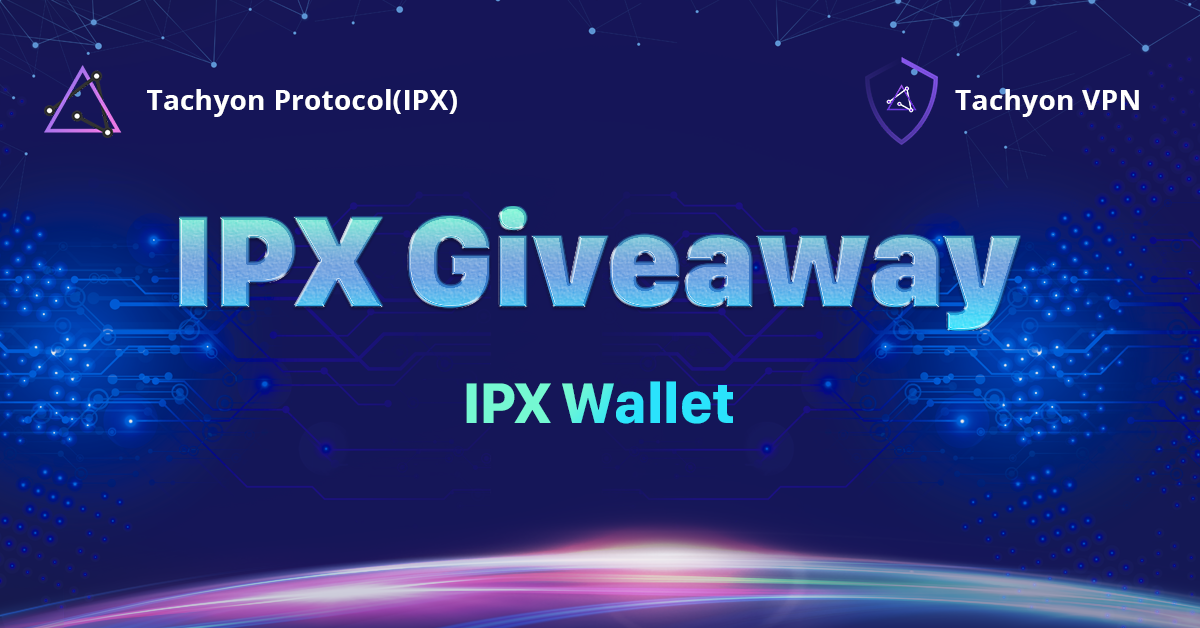 Tachyon Protocol has launched an IPX giveaway event to promote their decentralized VPN app amongst VPN users worldwide. A total of 100,000 IPX tokens will be distributed as rewards during this event. IPX is the fuel of Tachyon’s ecosystem, and is used to pay for VPN traffic in the app.

As per this event, users will have to download the VPN app and claim their rewards through the in-app IPX Wallet.10,000 users who make this claim will be each rewarded with 10 IPX tokens. Existing users will also be able to participate in this event – all they need is an IPX wallet address. The event started on 5th August, and will continue till all 10,000 rewards have been claimed. 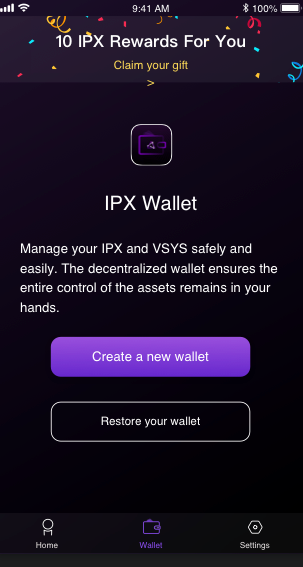 Tachyon VPN has crossed 800,000 global users this week. Considering that the mobile apps were released only earlier this year, the rate at which the application has attracted new users is quite impressive. The fact that the Tachyon ecosystem is supported by more than 1500 nodes worldwide has helped in maintaining the standard of performance even with the ever increasing demand from users.

In the near future, Tachyon plans to implement a decentralized peer-to-peer bandwidth marketplace, where users who have spare bandwidth on their computing devices would be able to sell it to other users of Tachyon VPN. IPX will be the mode of payment in this upcoming market as well.

Tachyon’s IPX giveaway event is an interesting way of introducing users to the concept of IPX. Users of centralized VPN services like NordVPN and ExpressVPN are used to making payments through credit cards or bank accounts, and might find the idea of cryptocurrencies uncomfortable to begin with. Even potential bandwidth sellers in Tachyon’s marketplace might be put off by the thought of accepting payments in IPX!

The giveaway will increase awareness amongst Tachyon’s users and help them get comfortable with the idea of dealing in IPX tokens. Moreover, this airdrop will introduce Tachyon’s project to a wider audience, and help educate them about the merits of decentralized VPN services. All VPN users can now become IPX holders for free by just following a few simple steps.

Apart from this, IPX holders can also stake their IPX tokens to the network and earn staking rewards. As per noted staking aggregator and data provider StakingRewards, the current annual earning rate is 14.6%. Users can stake IPX through exchanges like Bithumb, or through Tachyon’s first official Platform Partner IPXUS.

Tachyon Protocol is a decentralized internet protocol that aims to create a libre, secure and private internet for users. The Tachyon-based VPN, IoT, DeFi, Storage, CDN, DNS and other Apps will benefit more than 900 million users. By implementing techniques from DHT, blockchain, UDP and encryption, Tachyon is committed to building the next generation TCP/IP that can provide a self-sufficient internet environment with high security, untraceability, availability, and maximum network speed. Tachyon brings to fruition years of experience and research by Sunny King (inventor of PoS i.e. Proof-of-Stake consensus mechanism), Peerchemist (Peercoin Project Leader and President of the Peercoin Foundation) and FinTech investor Alex Yang. Tachyon VPN currently has 800k+ active users and offers 1500+ distributed nodes to choose from. For more information, please visit https://tachyon.eco/.

IPX is the native currency of Tachyon Protocol. Nodes which are willing to become provider nodes in Tachyon’s ecosystem have to stake a minimum of 200,000 IPX tokens as security. IPX also serves as the payment token and governance token in Tachyon’s network. IPX has a total supply of 1billion, and a circulating supply of ~267million, out of which ~205million (76%) tokens have been locked up in the network as stake.