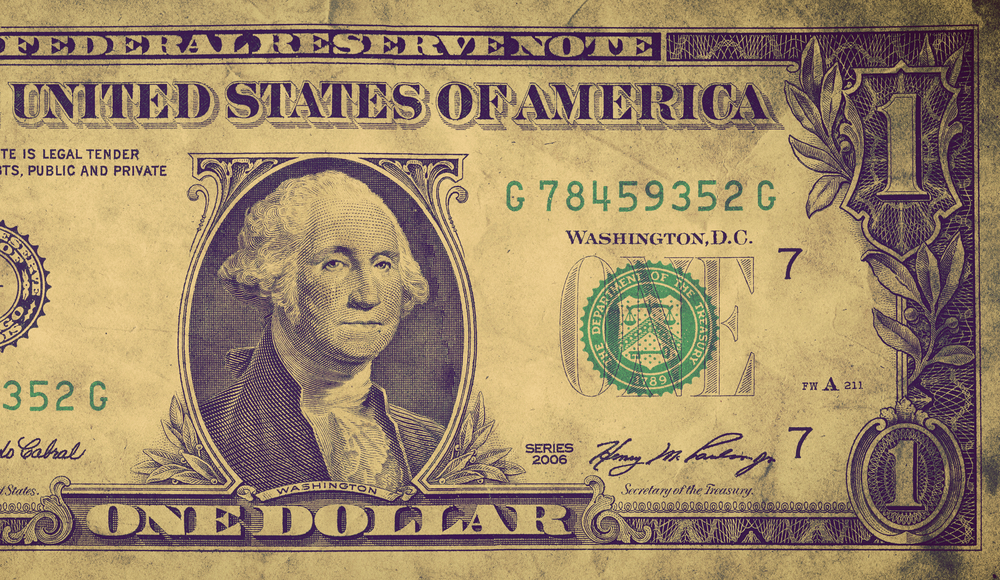 When PlanB released its widely-circulated bullish paper, titled “Modeling Bitcoin Value with Scarcity,” in 2019, he raised many eyebrows for predicting a $1 trillion market valuation for the world’s first truly decentralized cryptocurrency.

In retrospect, PlanB noted that certain precious metals, such as gold, have historically maintained a monetary role because of their costliness and limited supply rate. He then applied the same argument to Bitcoin, which becomes more valuable as a preprogrammed algorithm reduces its supply by half every four years to mint 21 million units ultimately.

That conceives the Stock to Flow (s2F) model, which is the ratio between Bitcoin’s current and active supply. PlanB plots the S2F against the US dollar market capitalization alongside two arbitrary SF data points for silver and gold. The paper concludes that Bitcoin’s price would rise due to its periodically decreasing supply against an abundant dollar. 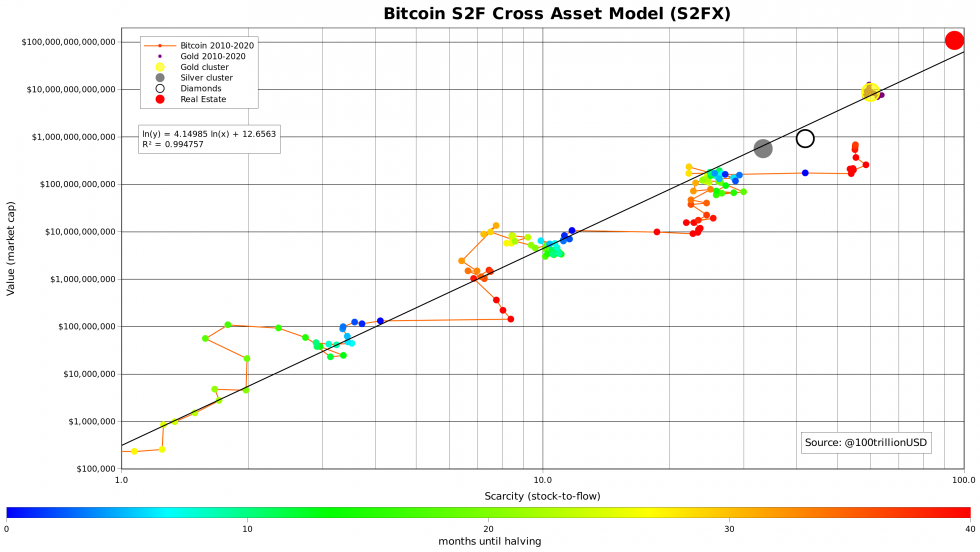 Bitcoin S2F model shows the market zooming in on the $1 trillion-target. Source: PlanB

Meanwhile, gold and silver work as benchmarks to prove the bitcoin’s price trajectory. The paper predicts a $100,000-288,000 valuation for the flagship cryptocurrency, which would push its market valuation to way over $1 trillion in the long-term.

Skeptics have questioned PlanB’s S2F model for lacking a price ceiling for Bitcoin, given the global economy is worth around $100 trillion. Certainly, bulls cannot expect investors to leave every valuable asset behind and reallocate their capital into the Bitcoin market.

Meanwhile, some argue that Bitcoin is not as scarce as its fans project. Its code remains replicable and is already serving as the foundation of many other copycat cryptocurrencies. That technically makes Bitcoin anti-scarce.

On the other hand, critics earlier argued that Bitcoin would not have enough demand in the first place to rise against its so-called limited supply.

Tesla’s recent investment into Bitcoin—at least—serves as a retort to the “demand” argument.

The American carmaker bought $1.5 billion worth of BTC in January after reallocating 10 percent of its total cash reserves. That showed the demand from a major corporate house attempting to protect their balance sheets from potential fiat devaluation. PlanB discussed the same in its paper two years ago. Excerpts: 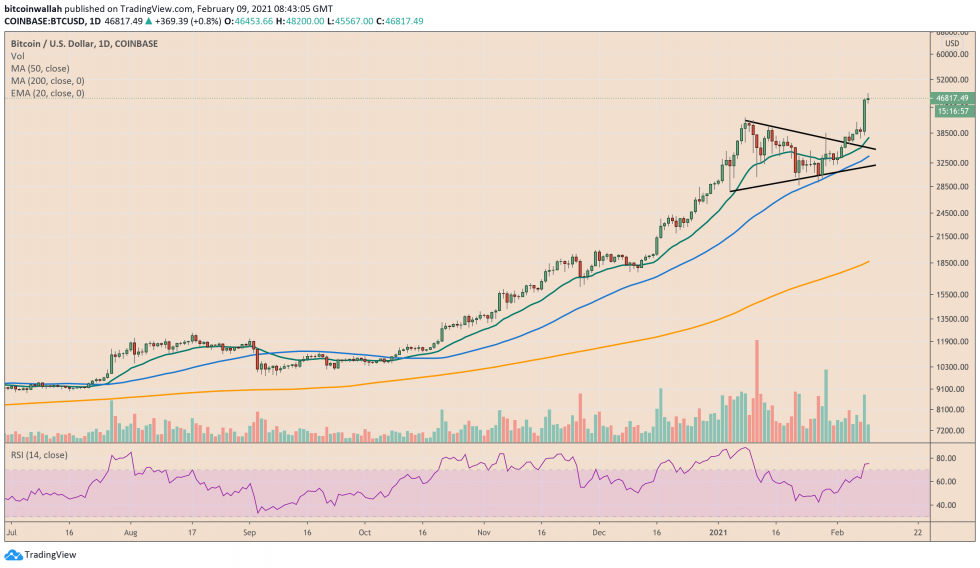 That has made PlanB’s S2F—so far—one of the most accurate price prediction models in the last 10 years across the financial sector. Meanwhile, it has conceived bulls that Bitcoin’s per unit rate would hit $100,000 as more corporates follow Tesla’s footsteps in adopting the cryptocurrency.