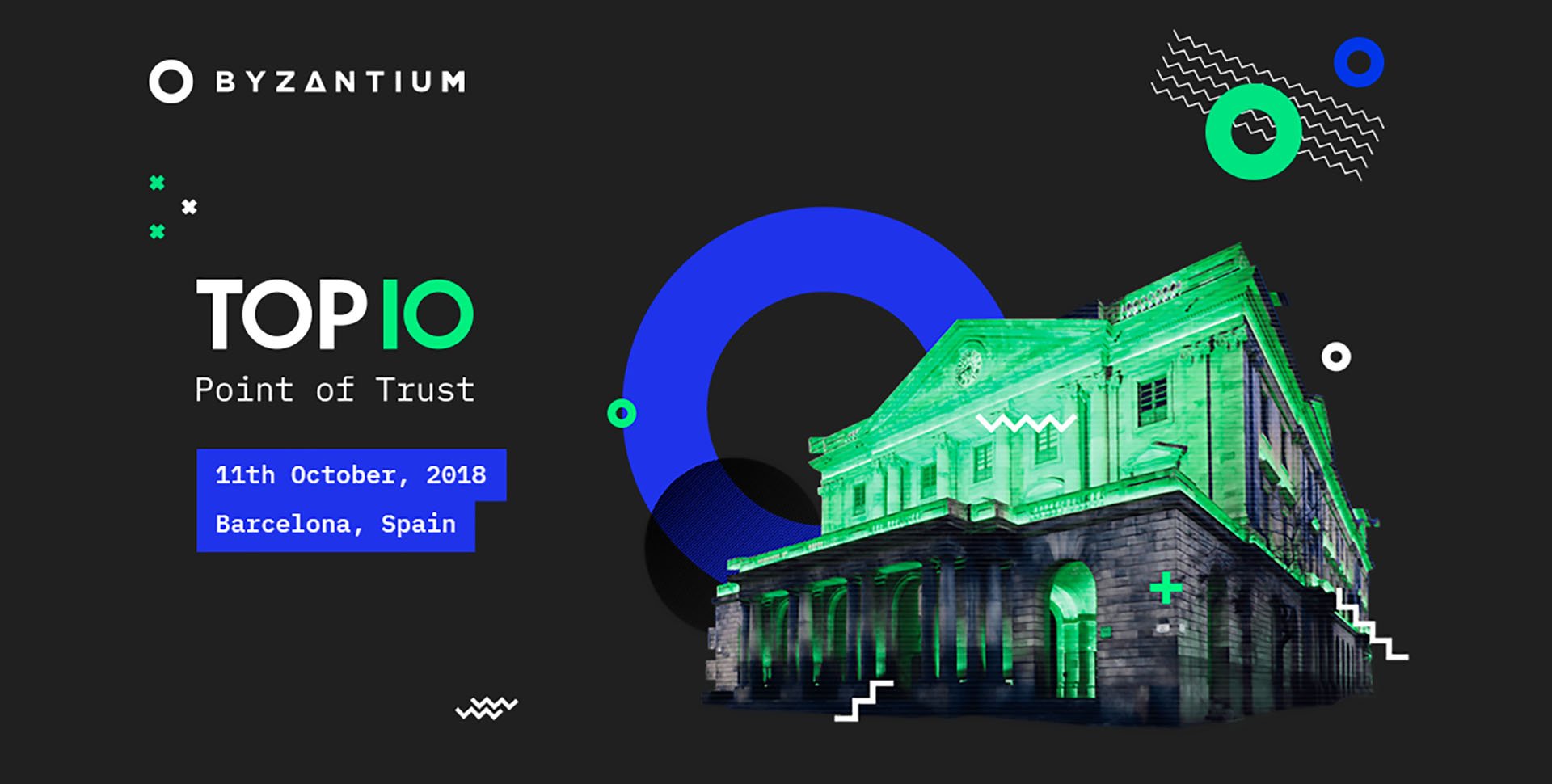 Barcelona welcomes quite an unusual blockchain event on October 11th this year. Ambitious Top10 Point of Trust conference revolves around ten companies that have shaped the industry. A panel of eminent speakers will deliver their TED-inspired speeches to an invite-only audience.

Ten Blockchain Colossi in One Place

Top10 Point of Trust provides an experience of a conceptually different blockchain conference for those tired of ICO pitching, pseudo-experts, aggressive sales, and fraud. Only when the best people speak, the situation changes. These representatives, ideologists, seniors of top blockchain endeavors have nothing to sell, rather, they have plenty to share. They will tell stories about their thorny path, their vision, and the problems they had faced and solved before they have succeeded.

In a Historical Money-Making Place

It will all happen in iconic 14th century Casa Llotja de Mar, one of Barcelona’s most emblematic buildings, the former Sea Stock Exchange and the present Chamber of Commerce. It’s the place where traders from all around Spain and foreign countries have met for ages. Now, the event will aim to build trust where trust has always been valued.

$700 Million Worth of Value Is Already In

The speakers first disclosed by the organizers are Nimrod May, CMO of Sirin Labs, the company to produce blockchain-based smartphones having raised $158 million; Chakrit Ahmad, CEO of Dragon, a $320 million-gathering venture bringing cryptocurrency to casinos; Digital blockchain-powered bank Bankera, another $150 million attractor, will be represented by its CEO Vytautas Karalevičius; Malcolm CasSelle, President of gaming marketplace WAX; and Antoni Trenchev, Managing Partner of crypto-backed loan provider NEXO, joined the lineup as well. More speakers are to be announced.

An invite-only event means that there will be no public sale of tickets and no random people. Everyone, however, can already apply for admission to the guest list. Conference sponsors are also said to undergo through a rigorous selection process. Among other essential highlights of the event are intense networking sessions, entertaining activities, a comfortable lounge, a separated media zone, and last but not least, an afterparty by the Mediterranean.

Top10 Point of Trust is organized by Byzantium, an immersive blockchain consulting agency. They’re well-known for their unconventional approach. The quite promising format they’re taking this time might shift the entire blockchain event industry. Is this shift going to happen? We’ll look forward to the conference and see.