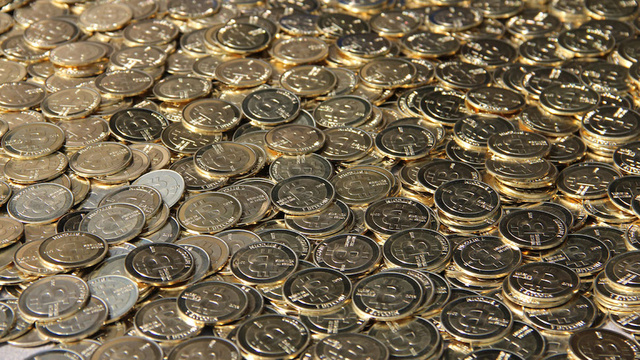 Some enterprising minds and one of the world’s biggest insurance markets is opening a pretty futuristic bank vault in London. But it’s not futuristic for having fancy locks or laser trip wires. It’s futuristic because of what’s inside: Bitcoin.

The idea of a bitcoin bank vault seems a little silly at first. Bitcoin is a virtual currency, so why would you need a vault? Well, the new company, Elliptic Vault, is actually billing this new offering as a “deep cold storage” service that not only protects your bitcoin fortune but also insures it in the event of loss or theft. Specific details of how the bitcoin will be protected are unclear, but Elliptic did say it will generate private keys for each customer that will be stored in multiple locations. Lloyd’s of London is underwriting the whole thing and will collect a fee of about two percent of the total amount stored.

Loss and theft are both legitimate concerns when it comes to bitcoin, too. Because each unit of the currency is nothing but a unique piece of computer code, the loss or destruction of a hard drive containing the code means that the bitcoin are lost forever. Just ask this guy who threw away some $7.5 million worth of bitcoin what that feels like. Theft, of course, is just a matter of hackers finding their way into your computer or bitcoin wallet.

For bitcoin fanatics, one potential drawback of using Elliptic Vault is the fact that they have to surrender their anonymity. Elliptic requires a photo ID and proof of address if you want to store your bitcoin with them. But if you’re willing to go public and surrender your bitcoin to an untested third party, now you finally can. Just leave it to the British to be the bankers of the future. [Telegraph]