These Factors All Suggest Bitcoin is Poised to Explode Past $16,000

These Factors All Suggest Bitcoin is Poised to Explode Past $16,000

Bitcoin and the aggregated crypto market are seeing stagnating growth as the stock market rallies today.

This comes shortly after Pfizer announced that their vaccine for the rapidly spreading virus has 90% effectiveness.

This is great news for the stock market in terms of reducing global uncertainty and boosting the economy, but it is bad news for safe haven assets like gold – which have nosedived today.

Bitcoin is still steady in the lower-$15,000 region, but it has also faced some heightened instability this morning.

Nevertheless, one analyst still believes a move past $16,000 is imminent.

At the time of writing, Bitcoin is trading down just over 1% at its current price of $15,300. This is around the price at which it has been trading for the past week.

Although BTC has previously shown signs of being correlated with both gold and equities, its immense uptrend as of late may now have transformed it into an independently trading asset.

Its scarcity still makes it a great hedge against imminent inflation, regardless of whether or not the economy remains partially shut down for an extended period of time.

One trader stated in a recent tweet that the stock market’s strength and the V-shaped reversal following Bitcoin’s $14,400 dip both suggest that a move past $16,000 is imminent.

“BTC – I’d rather be long leading into NYO. Shorting into previous consolidation after a V Reversal is a bear trap imo. Strong futures open, V Reversal after grabbing a lot of downside liquidity over the weekend. $16k retest early in the week would be lovely.” 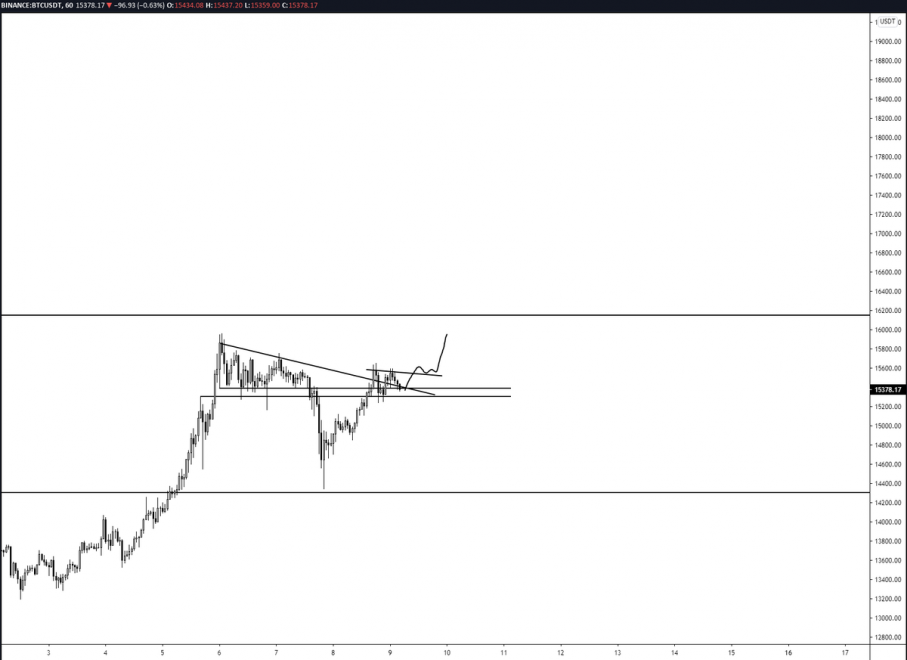 The coming few days should provide some insight into which correlation Bitcoin will follow in the weeks ahead.