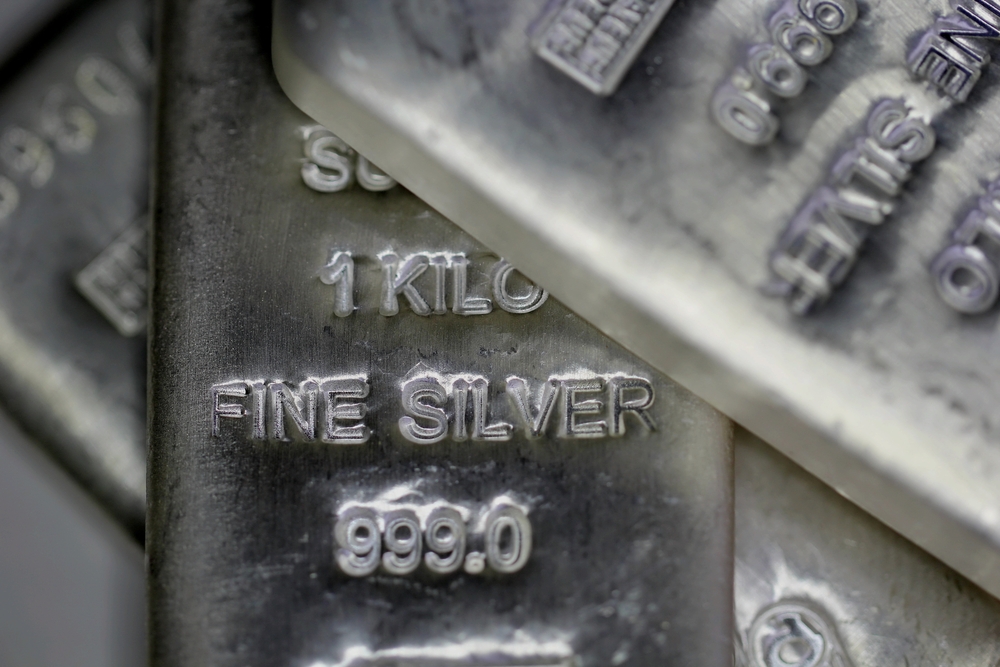 Bitcoin is currently stuck within a multi-week consolidation phase within the mid-$9,000 region. Earlier this week it did attempt to break below this range, but the attempt was quickly thwarted by buyers.

At the moment, there does not appear to be any sorts of clear catalysts that could spark a mid-term trend.

In order for a clear trend to occur, BTC will need to post a sustained break below $9,000 or above $10,000. Both levels have been difficult to surmount over the past month.

That being said, one fractal pattern seems to suggest that an upwards breakout is imminent in the near-term.

This fractal can be seen while looking towards silver’s price action throughout 2008 and 2011, as it looks strikingly similar to Bitcoin’s seen between 2017 and 2020.

If the similarities persist, BTC could be bound to see a major breakout in the months ahead.

At the time of writing, Bitcoin is trading down marginally at its current price of $9,515.

This is around the price point at which it has been trading at throughout the past several days and weeks, unable to garner a clear trend in either direction.

BTC’s latest bout of sideways trading is also causing it to repeat previous price patterns established throughout the course of its consolidation phase.

One such pattern was recently pointed to by an analyst on Twitter who stated that he is “starting to see double” – offering a chart showing that Bitcoin is forming a similar structure to that seen prior to its decline to $8,900. 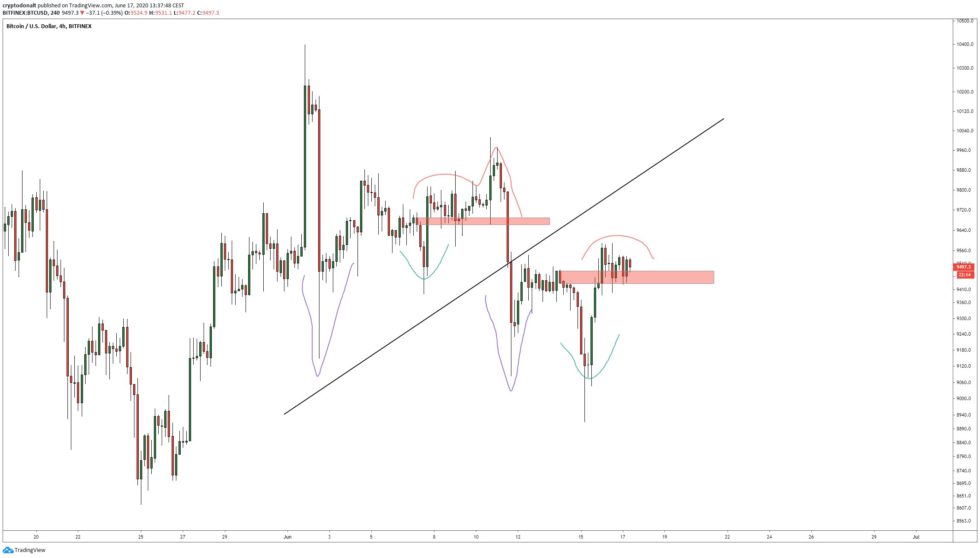 It is possible that this current range-bound trading marks a coiling period for BTC that will be followed by massive upside.

One analyst pointed to a fractal that seems to indicate this, showing that silver’s price structure between 2008 and 2011 is strikingly similar to that seen by Bitcoin over the past three years.

“BTC vs SILVER Someone said ‘check how price of Silver was suppressed’ – Macro this looks bullish, no denying that. But for now let’s just chill. Give me a monthly or even a weekly close over $10100 and I will be a bull. > Q2 closing green. > Q3 opening red.” 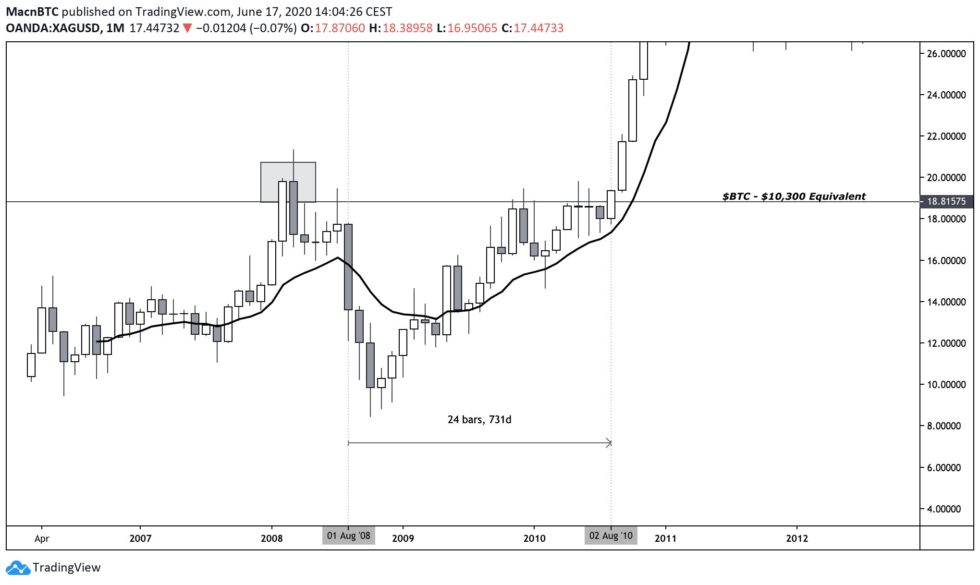 While comparing the below chart to that of silver’s (as seen above) it does appear that this is a serious possibility that should be carefully watched. 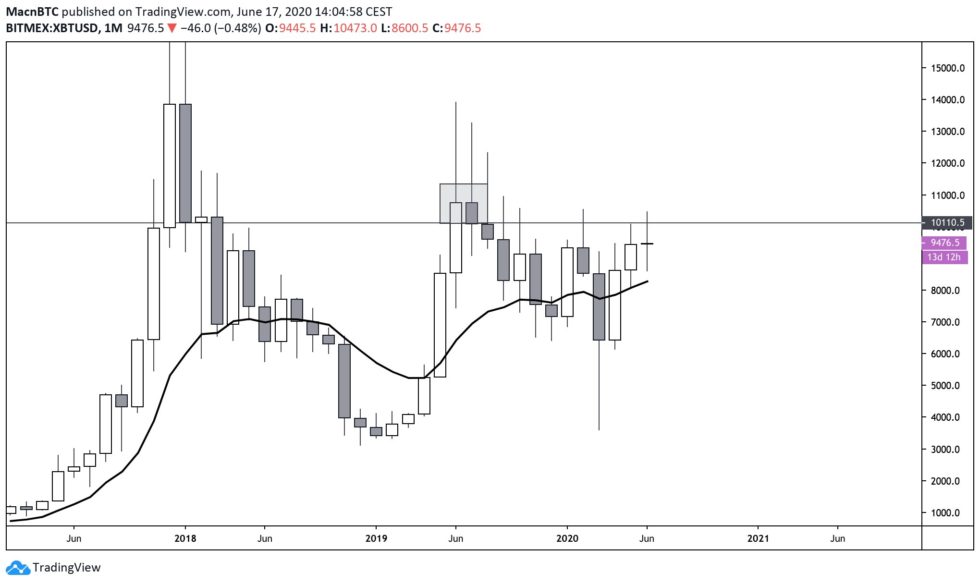