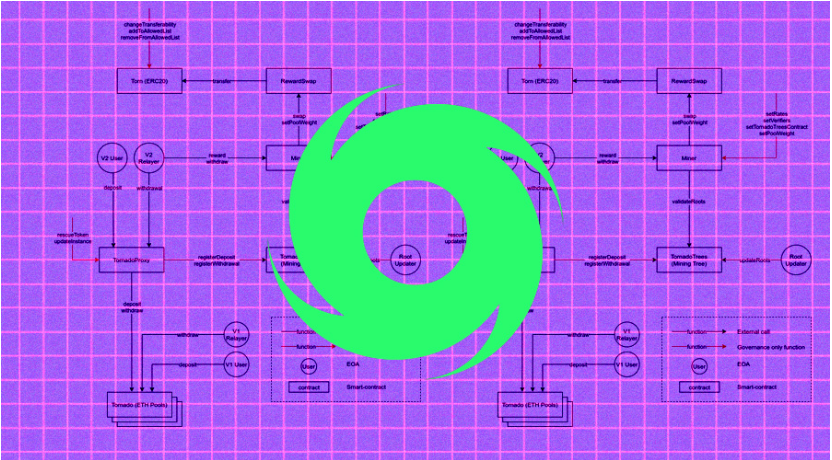 TORN, the token of Tornado Cash, plummeted by nearly a quarter in the last 24 hours after Dutch authorities arrested a suspected developer for the crypto transaction mixing protocol in Amsterdam on Friday.

After the US Treasury added the mixing protocol on its sanctions list, Tornado Cash noticed a significant decrease in deposits and a rise in withdrawals.

According to sources, barely $6 million has been deposited into the system since the implementation of the sanctions. The numbers reflect a 79% decrease compared to the same timeframe the week prior.

According to the US Treasury, Tornado Cash is one of the most popular platforms for crypto-transaction anonymization.

The Treasury has blacklisted the decentralized privacy solution, claiming that it was used to launder $7 billion in illicitly obtained cryptocurrencies.

Tornado Cash, which was launched in 2019, has also been utilized by a North Korean hacker organization related to the $625 million attack on the blockchain game project Axie Infinity in March, as well as other cybercrimes, according to the Treasury.

Access to Tornado Cash has also been blocked after the announcement of the sanctions. The project’s Discord channel is no longer accessible to users, and its governance forums and Github pages have also been restricted.

The market capitalization of TORN is approximately $135 million, according to CoinMarketCap. Bitcoin, in contrast, has a market value of approximately $455 billion dollars.

The so-called governance token also allows its holders to vote on protocol updates. Majority shareholders include the company’s founders and its first supporters.

The Fiscal Information and Investigation Service (FIOD) of the US Treasury stated that their criminal probe into Tornado Cash started in June of this year.

Tornado Cash is not the first privacy application to be included in the US Treasury’s blacklist. Blender was sanctioned by the Treasury a month earlier after it was accused of enabling the laundering of $21 million stolen in the Ronin Bridge hack.

The Tornado Cash community appears to be experiencing a particularly brutal crypto winter. In conjunction with the present bear market, it appears that shutdowns, arrests, and sanctions have delivered a significant damage to the enterprise, as investors continue to turn their backs on the protocol.