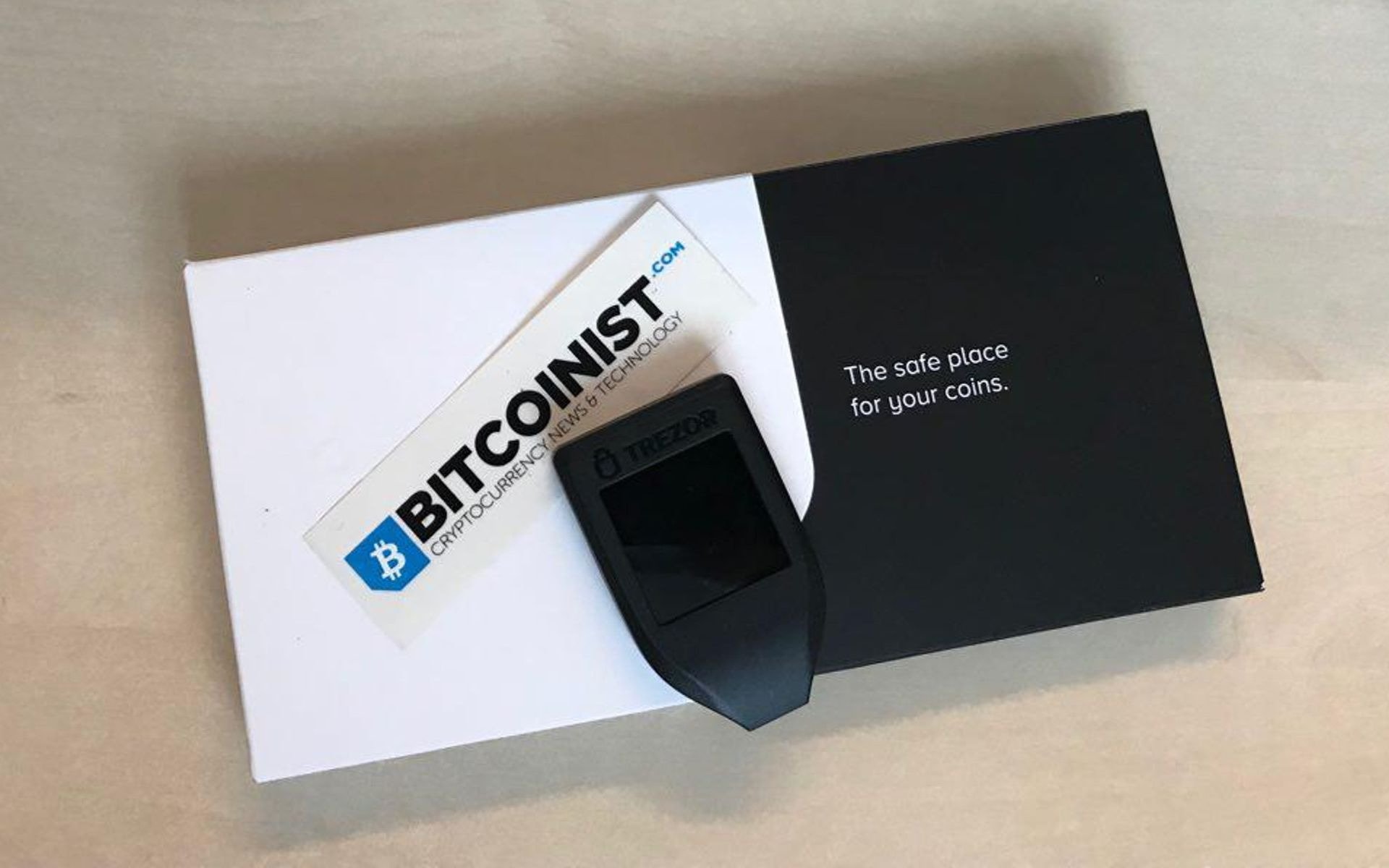 Bitcoinist has reviewed the latest  TREZOR Model T Bitcoin and cryptocurrency hardware wallet. Should you get it? Is there a reason to upgrade from the original? Here’s what we uncovered.

Satoshi Labs, a Prague-based manufacturer of the oldest and most popular hardware wallet, has finally released its much-anticipated second generation TREZOR, the Model T. 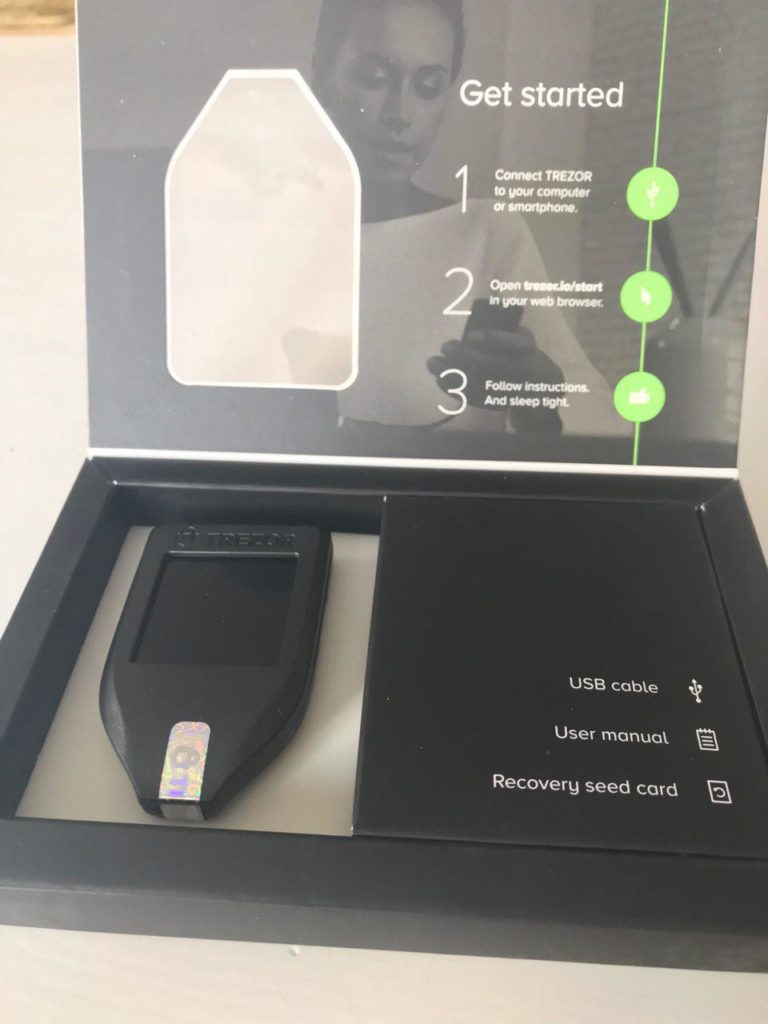 Announced in November of last year, the Model T costs around 120 euros, compared to the 89 euro price tag for the original TREZOR One.

Unfortunately, the first batches were sold out almost instantly. Therefore, you’ll have to pre-order and subscribe for email notifications to know when it becomes available.

The package includes the device, which comes sealed and is about the size of a matchbox, along with a USB-A to USB-C cable, recovery seed cards, user manual, stickers, and even a magnetic dock as an extra bonus. 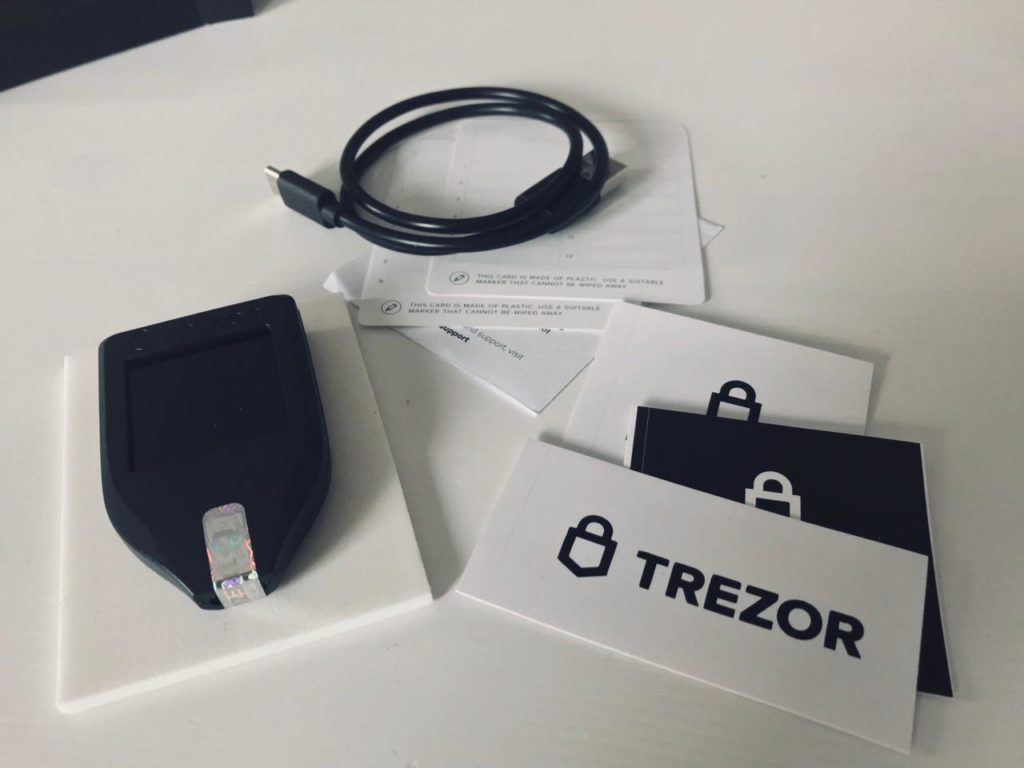 Biggest Differences from the TREZOR One

The biggest difference—and upgrade—from the original is obviously the color touchscreen interface, which also means that there are no more physical buttons anywhere. Instead, a micro SD slot for data encryption has been added.

Whereas before, you had to look at the device and the computer screen when entering the pin and confirming transactions, you can now unlock it and perform all commands directly from the screen.

This is definitely an improved experience since you no longer have to look back and forth between screens when accessing your wallet. The color screen is, of course, also a step-up from the previous model. 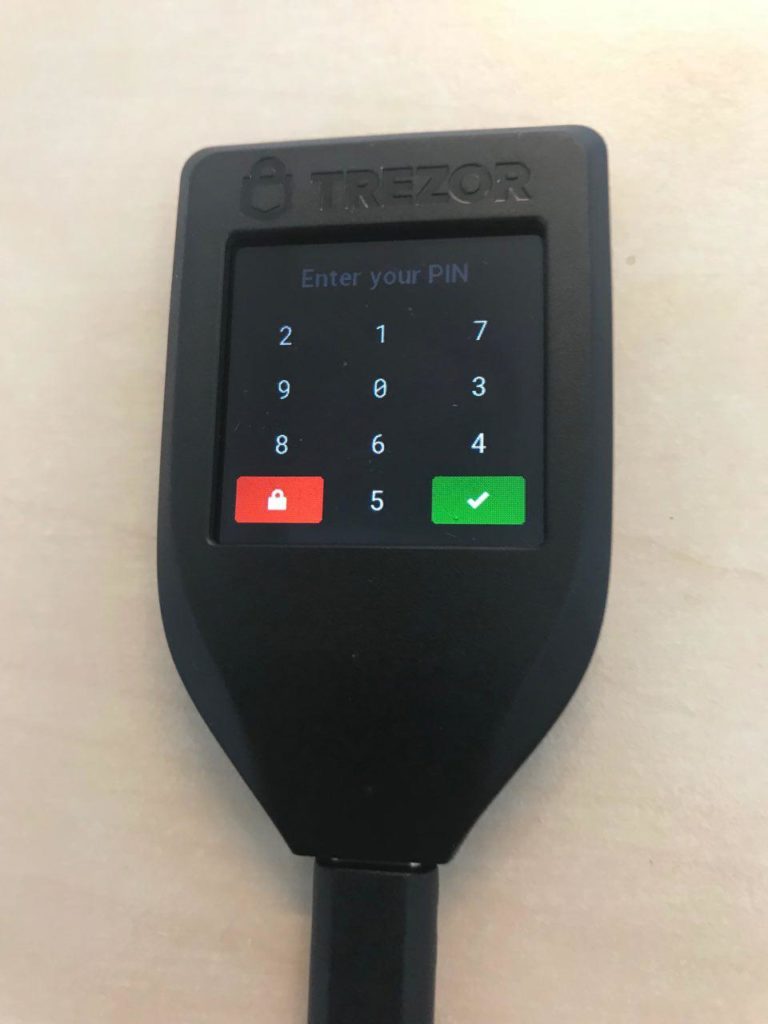 Second, I was extremely pleased to see that the USB cable is finally longer than 2 inches. I no longer have to get up and reach to the back of my desktop computer when starting up the device.

Third, the TREZOR Model T runs on an entirely new firmware, dubbed the TREZOR Core, which was written entirely from scratch. The TREZOR team says that they took the feedback from the previous model and other projects to develop this open-source code, which is available online, for review, development, or adaptation.

The new firmware was also developed with “expansibility in mind,” according to TREZOR. This should make future upgrades a lot more easier to implement down the road, such as support for new coins, forks, and other features.

Starting up the Model T for the first time is a fairly easy experience, particularly if you used the previous model before. Simply plug it in and go to the start page and then follow the on-screen directions, which include writing down your recovery seed.

The process will also require you to download the latest firmware and enter a new PIN, which you will need to enter every time you plug in your device.

If you have used the original TREZOR, the user experience will be exactly the same. It is also similar to many other hardware wallets in the space, where you access the wallet via a Chrome browser plug-in. Nevertheless, TREZOR has released software called the Bridge to eliminate dependence and avoid potential vulnerabilities of the Chrome plug-in.

PSA: Because of the Yubikey vulnerability @GoogleChrome team decided to disable WebUSB effective immediately! You need to use TREZOR Bridge with Chrome for the time being when using @TREZOR Model T.

The rest of the experience is almost identical to the original model. The Bitcoin wallet comes with SegWit addresses by default, though there is an option to use legacy addresses as well.

I only tested the Bitcoin wallet. However, the wallet interface supports 8 cryptocurrencies in total, presumably with more altcoin support expected in the future.

The green Bitcoin Cash logo to differentiate it from Bitcoin is also a nice touch that helps avoid any confusion for new users. 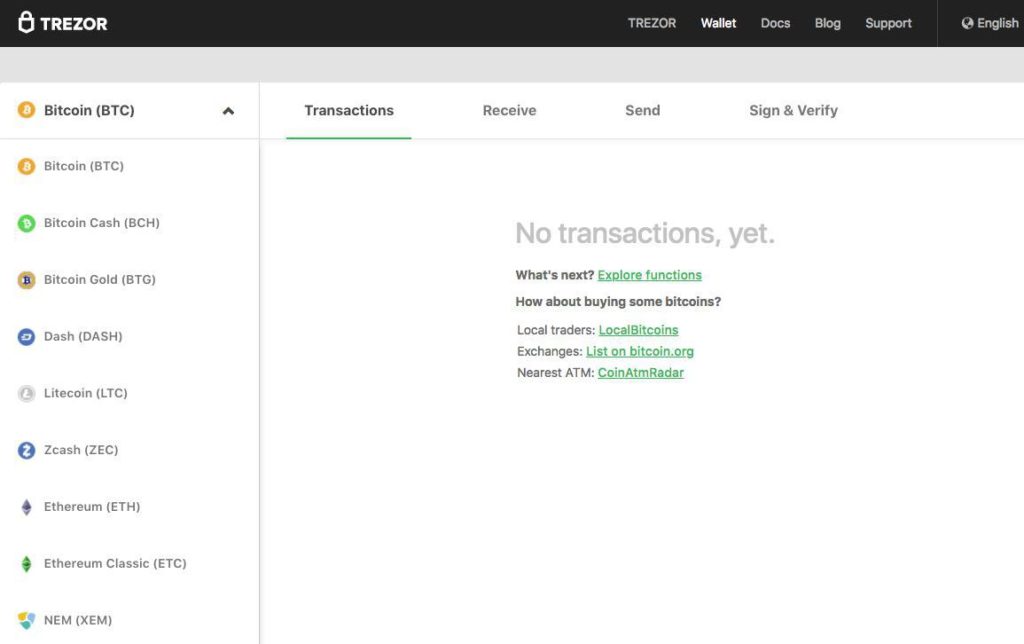 The home-screen customization option is also back and looks even better on the bigger color display.

So Should You Get It?

If you don’t have a hardware wallet, then I would definitely recommend getting your hands on this device as soon as it becomes available.

Don’t keep more funds than you are willing to lose on an exchange or in a custodial wallet. With the TREZOR, you have full control of your keys and your bitcoins, which are stored safely offline with this nifty device. 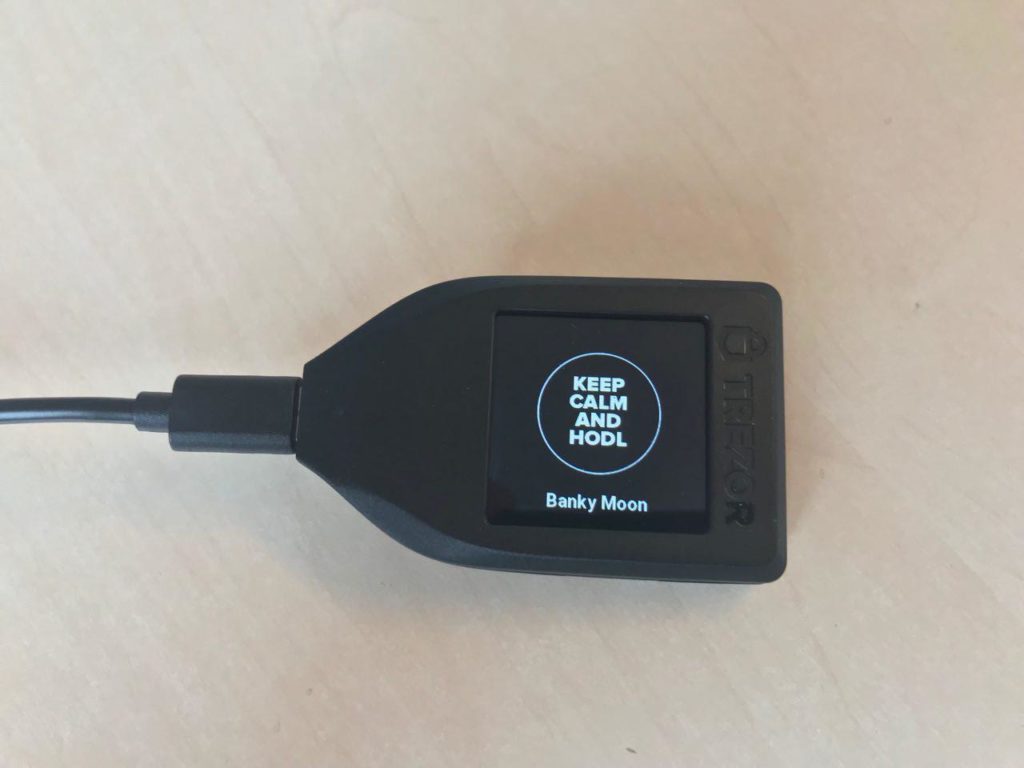 Admittedly, you could skip this model if you already have the TREZOR One when you don’t have 120 euros laying around, since your coins will be just as secure.

However, getting this latest model is recommended over the original since it is not only a more refined experience and costs only 30 euros more, but it will also be better at supporting future features down the road.

Overall, this is a step-up from the popular TREZOR One, and arguably, still the best option for safely hodling your bitcoin.

Have you tried the TREZOR Model T? Are you pre-ordering? Let us know in the comments below!