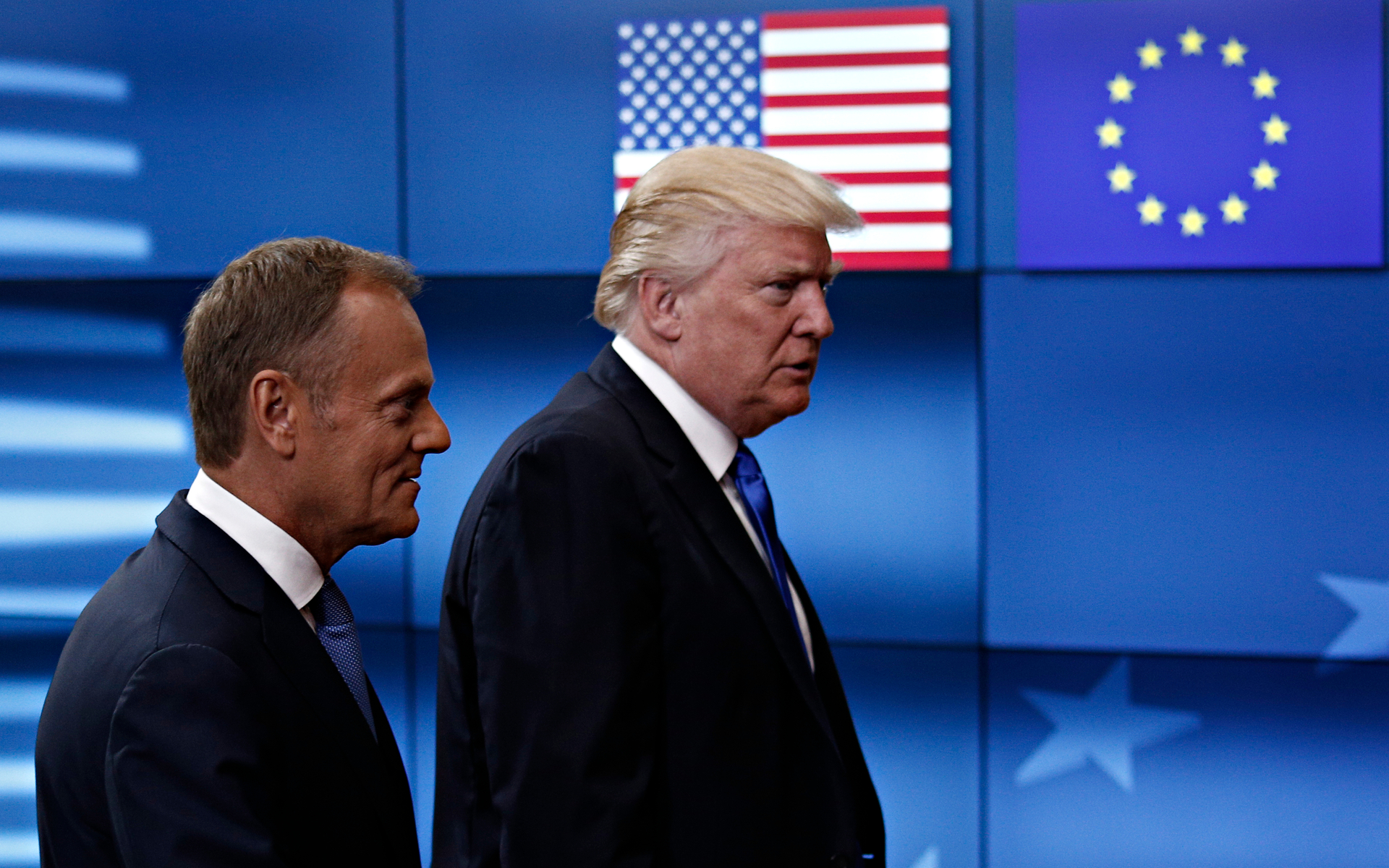 EU Next on Trump’s Tariff List; Will People Turn To Bitcoin?

As if there were not enough economic problems facing countries of the world at the moment without an escalating trade war imposed by the Trump administration. Not content with levying heavy import tariffs on China, the POTUS has set his sights on Europe next, so will bitcoin and same safe-haven assets grow in popularity there too?

Europe Next For Trade Tariffs

According to reports, the Trump administration is preparing to announce tariffs on billions of euros of goods from the EU. On Friday the World Trade Organization ruled in favor of the US in a case against Airbus in a long-running transatlantic dispute.

The dispute on whether EU countries have illegally supported Airbus by granting subsidized loans has irked the US but a counterclaim by the EU alleges there have been illegal US subsidies for Boeing. The WTO is currently investigating that as the economic wrangling intensifies.

While the aircraft manufacturer is likely to be the first target, the tariffs will not stop there. It was reported that Washington had won the right to collect a total of between €5 billion and €8 billion. Another official said the maximum sum was close to $10 billion.

The decision sets the stage for a showdown between Europe and the US just as the EU is transitioning to new leadership. Incoming Commission President Ursula von der Leyen signaled a robust approach to transatlantic disputes on trade with the US.

The US president had indicated that a win in the Airbus case would be followed by a fresh round of tariffs on subsidized EU products. Washington has prepared a list of exports worth about $21 billion that they are likely to target with different tax rates.

China has clearly been hurt by Trump’s tariffs and in retaliation, the central bank devalued the Yuan to make it more competitive. Additionally, China has been stockpiling gold as a safe haven asset while the people have been accumulating bitcoin for similar purposes.

At the moment the impact on the European Union and its currency remains to be seen. However, these trade restrictions are only designed to benefit the US which could lead to a weakening of the euro as they are rolled out and exports are affected.

Britain’s impending exit from the EU will also hurt its coffers as the UK was one of the few countries in the 28 nation federation than paid in more than it took out. As a result, Brussels has been playing hardball and unwilling to negotiate a deal. A fall in euro value is likely to have the same effect on Europeans which, as we have seen elsewhere on the planet, are likely to turn to bitcoin as a safe haven asset.

Will new EU tariffs be a boost for bitcoin? Add your thoughts below.