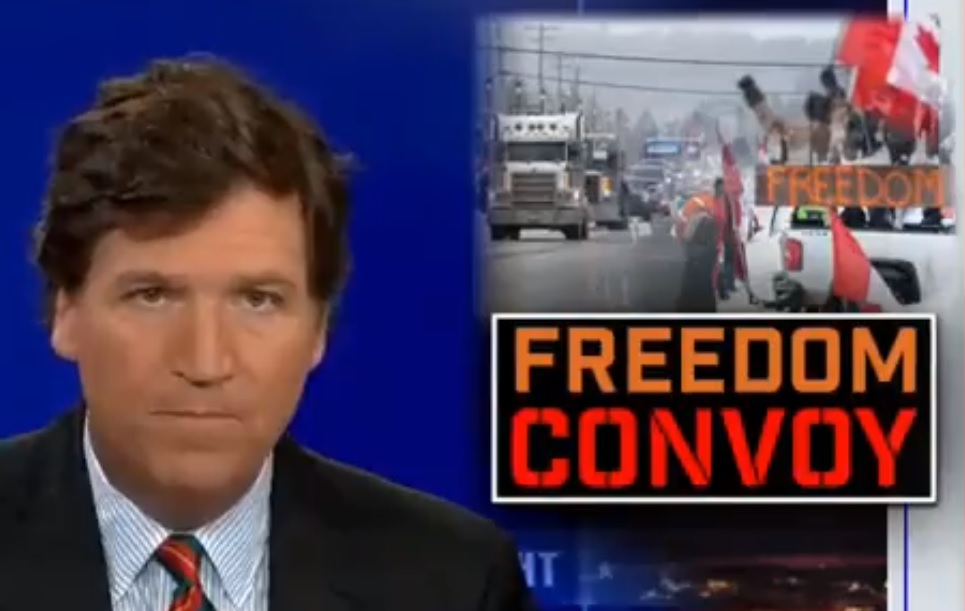 The Bitcoin For Truckers campaign made it on Tucker Carlson Tonight, the controversial and conservative TV host’s show on Fox News. The most important thing, though, it’s that Bitcoin’s value proposition shined bright in the mere center of his speech. Say what you will about Tucker Carlson, but this is the kind of advertising money can’t buy.

If the question is why is Bitcoin important for the world?, whatever your political leaning is, this Tucker Carlson speech has the answer:

After over a year trying to figure out the significance of bitcoin, this weekend ComeFraudMe turned the light switch for me, and – like thousands of others – I have seen the light. 💡

Podcaster and Bitcoin thought leader Marty Bent accompanies the video with a simple explanation, “The more those in power limit freedom of expression and association via the restriction of the ability to transact, the more obvious it becomes that Bitcoin is the solution.”

A Twitter user that goes by Terry Van Loon responded, “After over a year trying to figure out the significance of bitcoin, this weekend ComeFraudMe turned the light switch for me, and  – like thousands of others –  I have seen the light.”

What Did Tucker Carlson Say About Bitcoin?

The part of the video that concerns this website starts with the HonkHonk Hodl campaign, AKA Bitcoin for Truckers. Carlson says:

“Tally Coin, for example, is a small crowdfunding service that uses Bitcoin. It’s not controlled by banks, that’s the point. They’re hosting a fundraiser for the truckers. Now, why is this appealing? No one can steal the money. No government can pressure anyone to turn the money over, because governments don’t control crypto.”

No doubt Tucker Carlson lost some points there confusing Bitcoin with crypto in general, but that’s alright. He’s no expert, nor does he claim to be. Plus, Carlson continues with the right terminology:

“Bitcoin goes from person A to person B and all the intermediary does, the company, is connect the two. It’s pretty appealing. And you can imagine the long-term consequences here. If the people in charge, in this country and in Canada, want to make the US dollar irrelevant, they’ll keep acting like this and soon it will be. Either way, it’s becoming very clear that the only way around the stranglehold that technology has on our human rights is decentralization.”

Boom! That’s why some people say Bitcoin is humanity’s only hope. As the digital panopticon closes in all around us, there’s a bright spot that can’t be tamed. And the funny thing is, it comes from the same source as the digital prison. Code. 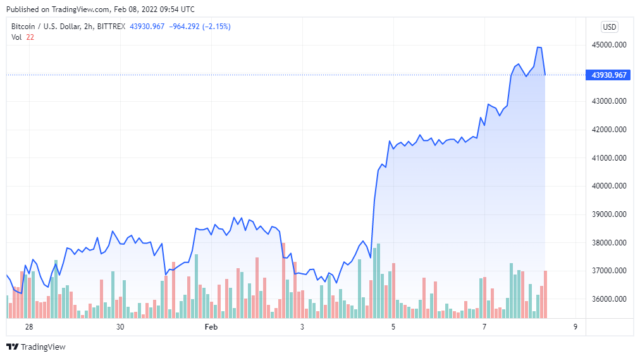 What About The Bitcoin For Truckers Campaign?

Three days ago, Bitcoinist explained the situation. GoFundMe’s betrayal and the rise of Tallycoin:

“GoFundMe announced that the platform was going to freeze the campaign’s funds. Initially, these were going to be redistributed to other donations which triggered a lot of criticism across social media platforms.

Per a Tweet from the Ottawa Police Department, the fundraising platform “listened to concerns” from local authorities. They argued that the protests are “unlawful” and called on all crowdfunding sites to adopt a similar stand. Bitcoin doesn’t care about policies, as future events demonstrated.

At the time, the campaign had received 2 BTC and was considered a success. At the moment, the Bitcoin For Truckers campaign already passed the 10 BTC mark:

In fact, they’re currently at 11.38 BTC from 4269 contributors. Talk about decentralization. The current objective is 21 BTC, will HonkHonk Hodl reach it?