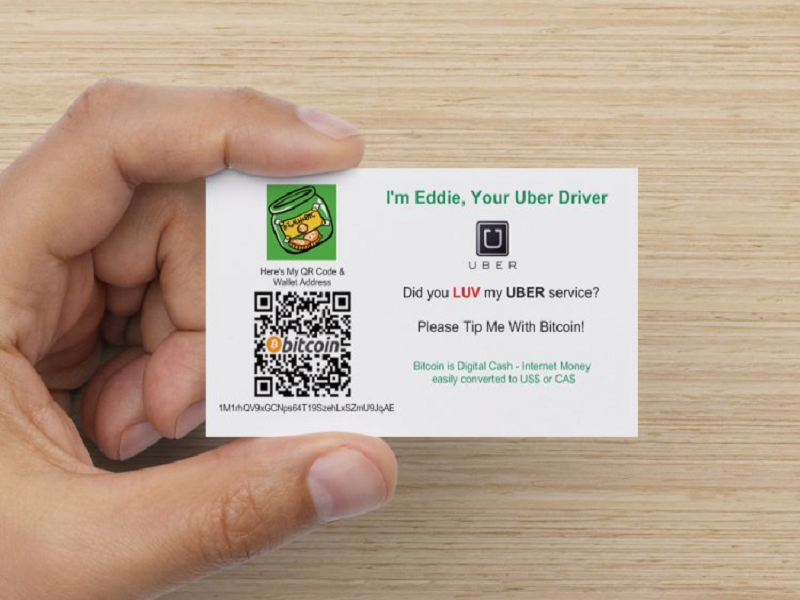 The story on whether or not Uber will be integrating Bitcoin payments in their system remains officially “no”. But that isn’t keeping Uber drivers from trying to collect Bitcoin tips during rides. Some drivers put up a large QR code on the back of their seat, whereas others create business cards with a Bitcoin wallet address and QR code to collect tips. One thing is for sure though: this story is far from over. 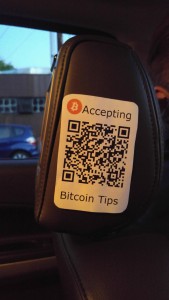 There are quite a few similarities to be drawn between Bitcoin and Uber, as both tools are trying to prove the same point. Centralized services, whether it is in the financial or transport sector, are a thing of the past. It is time to empower the individual once again, and let them do what they want to do while earning a little bit of money on the side. Decentralization is the way forward, and both Bitcoin and Uber are becoming more popular in that regard.

However, there does not seem to be a mix between Bitcoin and Uber at this point. One possible reason for that could be because Bitcoin payment processors do not have a “debiting” system, which is what makes Uber so popular. Whenever someone “orders” a ride through Uber, the payment will occur as soon as they leave the vehicle by debiting the user’s credit card or bank account automatically.

Bitcoin payments, on the other hand, can not be debited automatically, as the end user needs to sign every transaction being broadcasted to the network. Automating this process is not possible – yet – as it could prove to be quite the security risk to have Bitcoins automatically debited from a wallet account by a third-party application.

While some of the world’s most brilliant developers try to come up with a way to solve this problem, Uber drivers are taking matters into their own hands by openly accepting Bitcoin donations. A very risky move, as Uber drivers are – technically – not allowed to ask for a tip from customers. A 20% tip is added on top of the car ride fare for every transaction automatically, and Uber would rather distantiate themselves from “double tipping”.

Because of this stance by Uber, their drivers are not able to accept tips in cash or through other traditional payment methods. Bitcoin is anything but traditional, and payments are not recorded by Uber. This makes Bitcoin a perfect solution for Uber drivers who want to collect a few tips along the way. Whether or not there will be consequences for these drivers, remains to be seen, as Uber has not issued an official statement regarding these practices.

What are your thoughts on Uber drivers accepting Bitcoin donations? Let us know in the comments below!