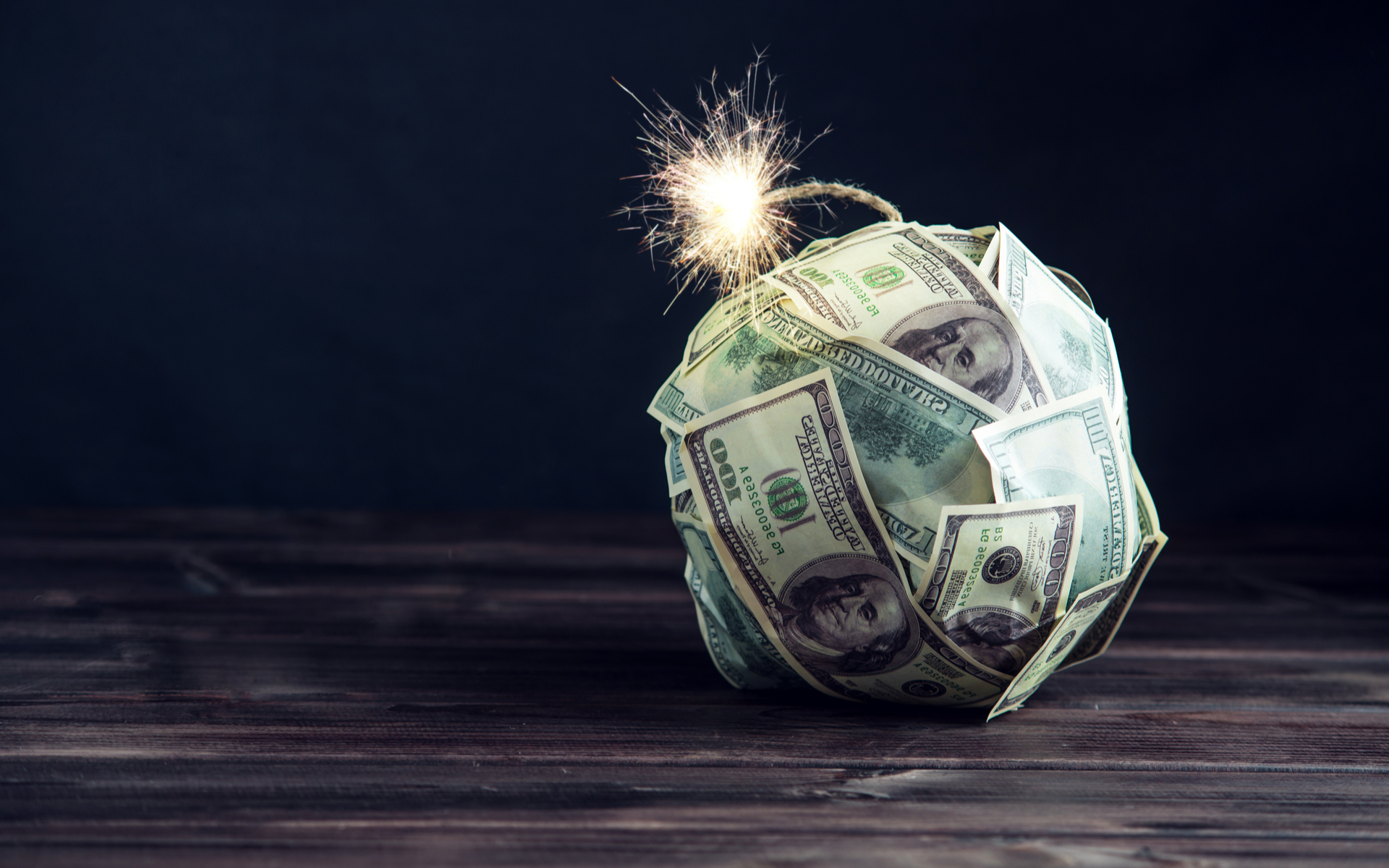 Ultimate Test for Fiat as US Bank Runs Loom

It started as being “just one person coming in from China… We have it under control,” the President said. “It’s going to be just fine.” Two months later, the U.S. and Europe are national states of emergency and banks in locked-down New York are starting to run out of cash. As bank runs loom ahead, this could be the ultimate test for fiat.

Perhaps one of the most disturbing effects of the coronavirus pandemic is that human beings have proven to be little more than pack animals, rushing out to buy toilet paper in bulk.

Panic buying amid an uncertain climate is not unexpected. However, stockpiling rolls of toilet tissue rather than food is demonstrably a case of following the herd.

Now, the latest thing that terrified New Yorkers are stockpiling is something of a similar nature–fiat cash.

As the stock market suffered its worse day in three decades last week, a Midtown Bank of America branch in Manhattan saw lines of people at its ATMs. Desperate and scared, BoA customers were draining cash from their accounts, “sometimes tens of thousands of dollars at a time.”

The demand was so great that the branch could not cope and temporarily ran out of $100 bills. This rendered it unable to fulfill large operations. In short? People couldn’t access their money. Sound familiar?

Banks across the country have been scaling back operations and closing branches. This has been explained as a measure to help stem the spread of the virus. After all, with social distancing in place in many states, the last thing you want is to be caught in a confined space surrounded by people.

However, it’s starting to look as if the banks are beginning to take more drastic measures. Although unconfirmed by an official source, Managing Director at Mantis VC and Forbes contributor Tatiana Koffman took to Twitter last night to say that Bank of America cash withdrawals have been reduced to $3,000. She stated ominously:

Expect that number to drop over the next few days.

Bank of America is limiting cash withdrawals to $3,000. Expect that number to drop over the next few days.

Bank runs haven’t happened in the states for a very long time. Despite the last global financial crisis out of which Bitcoin was born, the last major wave of bank runs was during the Great Depression in 1932.

Of course, that’s not the case in many other parts of the world where bank runs have become somewhat cyclical events and capital controls are par for the course. Less than six months ago, we saw Hong Kong banks running out of cash completely and Turkey mass freezing accounts.

This latest frenzy for New Yorkers to withdraw their savings and stuff them in their mattresses is alarming on many levels. When bank runs begin, global financial institutions begin to collapse one after the other, government bailouts start, and suddenly we’re thrust back into a state of deja vu.

The great money printing machine begins. And as one Bitcoin enthusiast pointed out, of the trillions of dollars printed, regular folks will not see “a single cent.”

IMF printed $1T
America printed $700B
China printed $100B
England to print* $74B
Italy printed $27B
India printed $13.5B
SK printed $9B
Austria printed $4B
Australia printed $5.4B
Japan DOUBLED their printing

Regular folks will not see a single cent of that cash.

As more and more people realize that the money in their banks is not under their control and we’re teetering on the brink of recession, bank runs in the U.S. could be the ultimate test for fiat.

Do you think fiat can survive this latest financial crisis? Add your thoughts below!