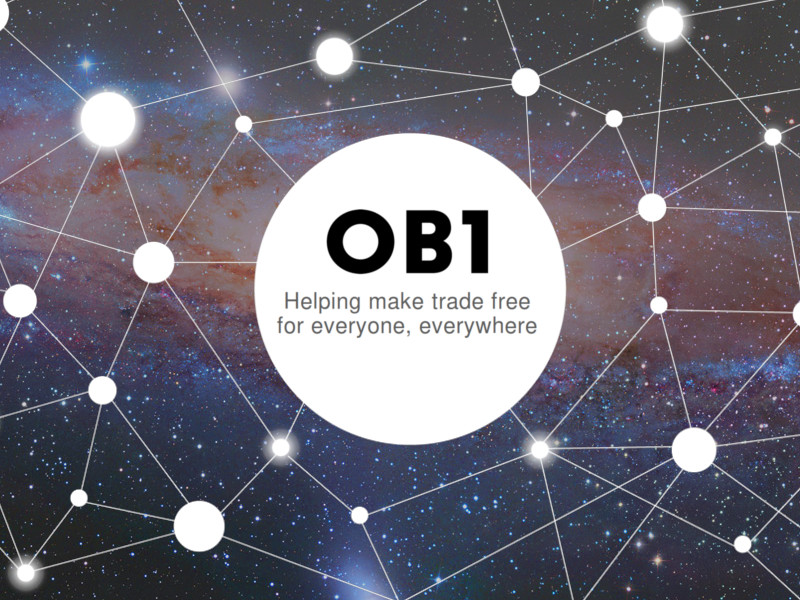 4 April 2016 – Openbazaar has been moved to the main bitcoin network, and is officially open for business. You can buy, sell and moderate transactions using the newest beta release, and sell real goods and services for Bitcoin. There have been several improvements to the app since our interview with Sam Patterson about the testnet launch, and they certainly show.

I’ve been tinkering with OpenBazaar since its early builds that used a web interface and had little in the way of real functionality, and watching the transformations it has undergone into its current form has been inspiring. It’s amazing what a small open source project can do in a few years with sufficient vision and direction, and OB has been a prime example of just that. From the application’s lowly beginnings as a fork of a darknet hackathon project, to a toolkit that allows diverse, decentralized commerce to be performed, from selling physical and digital goods to commissioning art and contracting labor. I even contributed in small part to OB history by completing the first successful art commission with OB1 co-founder Sam Patterson during the testnet beta, with a sorry excuse for a painting that featured an owl. Since then, the community has grown from a few developers and enthusiasts to a fast growing community of users around the globe. I asked OB1 Co-Founder Washington Sanchez about what it took to get OB where it is today, and this is what he had to say:

“It has been a long journey to get to this point… nearly two years from the moment that DarkMarket was released. We worked for a year in our spare time, weekends, and late nights before we became a company and switched to full-time development. At that point, we realized we had to start essentially from scratch and build on a solid foundation so we can scale, even though it meant we had to delay our release date. Nevertheless, OB1 was very lucky to pick up talented developers that share the vision for OpenBazaar and Bitcoin; I think they’ve created something very special for the community and worth the wait. The great part is that this release is just the beginning. We owe a huge debt of gratitude to the volunteer developers over the past two years, people who donated, our investors, friends, and family.”

Since the Main net release, dozens of listings for physical and digital goods are popping up all over the place. As people adopt OpenBazaar as a way of doing business, the utility it offers becomes more and more evident. No listing or transaction fees, no commercial restrictions, a revolutionary and efficient reputation system, the list goes on. When asked about what OB means for globalized services like  Amazon, AliExpress, and eBay, Dr. Sanchez replied with this:

“I think we want to encourage people who use these platforms to also sell their goods and services on OpenBazaar. Apart from looking amazing, OpenBazaar has a zero take-rate as well as greater flexibility in dispute resolution that will lead to fairer outcomes than they’re used to on these other platforms. As OpenBazaar scales and matures, I expect that these centralized marketplaces will be under a lot of pressure to justify the fees they charge to Vendors and at times the poor customer service.”

While OpenBazaar still has a long road ahead to becoming a standard in online commerce, Dr. Sanchez is clearly confident in the application and underlying technologies. And impressions of more casual users seem to match that sentiment. The implications of a free, decentralized, competitive marketplace on the ‘clearnet’ will likely disrupt the e-commerce market as it gains traction, especially in emerging digital markets with unfavorable regulations like Brazil, India, and Russia. During a lively discussion of the future of OB on the application’s official slack, Janet Ghazizadeh, an international development specialist and early OB adopter, put it like this:

“… [undeveloped nations’] problems are usually bigger than what bitcoin or decentralized markets can fix, but for eBay users, it’s definitely a disruptor … I was also the owner of two businesses in Afghanistan … Some regulations are just hard to get around. If you’re trying to ship a physical product to another country, for example, those regulations will still be there regardless of how the transaction was made. But if you’re providing services, that’s a different story. I see the people selling services benefiting from OB.”

OpenBazaar is fresh out of testnet development, and while it offers a slick, user-friendly experience, it isn’t without bugs and problems. It is, however functional, and according to the devs, safe to use on the main bitcoin network. Plenty of merchants and users are attracted to it, as evidenced by the explosive growth of nodes since the main net release, and it will certainly be interesting to see what uses it finds in the global community.

How do you feel OpenBazaar will disrupt the e-commerce market? Let us know in the comments!