This past week, the Bitcoin markets saw very little action, with last week’s sideways trend persisting. That is, however, until Sunday, when the Bitcoin price shot up $10 into the $240s range. With the Bitcoin XT drama finally settling down, and no changes in major fundamentals, it currently looks as if this latest spike is mostly speculative. Will this speculative surge liquidate itself, or will it establish a new fundamental support level? 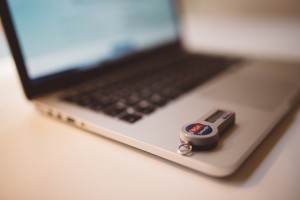 The week kicked off with the last day of August, the Bitcoin price opening at $227.27. During the first half of the day, the markets looked like they might achieve some modest gains, with the price breaking into the low $230s around midday. By the afternoon, though, the price had flattened out in the low $230s range; going into the evening, the price began falling back into the high $220s. Monday ended at $229.09.

August 31 was fairly active as far as Bitcoin and FinTech news was concerned. We reported on USAA, which has released an optimistic thesis regarding Bitcoin and its underlying blockchain technology. Additionally, Chinese exchange OKCoin stopped accepting American Bitcoin deposits, citing regulatory issues. The exchange stated that the ban was temporary, and American customers can still withdraw money and trade on the OKCoin platform. Lastly, hackers managed to steal over 250,000 Apple accounts using iOS malware that gave the attackers access to jailbroken iPhones.

Tuesday, September 1 began with the Bitcoin price at $229.09. The sideways action continued throughout the day, with the markets holding steady in the $226-$230 range. After a day of inactivity, the markets closed Tuesday on a quiet note, with the price staying in the high $220s.

On Tuesday, we published an exclusive interview with Jihan Wu of Bitmain. In this interview with Scott Fargo, Wu discussed the controversial Bitcoin block size debate, and also announced the release of Bitmain’s new Antminer S7 device.

September 2 opened at $227.34, continuing the sideways action. The markets remained quiet for the entire day, with hardly any price movement at all. There was a small bump to $230 around 3 PM, but the price quickly returned to the high $220s, where it stayed until the end of the day. 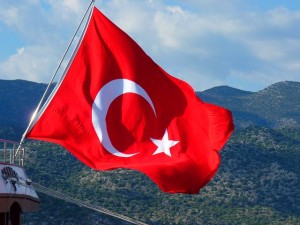 In wednesday’s news, we reported on the arrests of 3 Vice Magazine journalists in Turkey. Turkish charged the three journalists with “engaging in terrorist activity” on behalf of ISIS. The arrests initially ocurred because one of the journalists used encryption software on his computer that is often used by ISIS; the Turkish government also has very strict Internet and encryption laws.

Thursday, September 3 began with the Bitcoin price at $228.79, yet another sideways start to the day. The price activity on Thursday was extremely flat — candlestick charts show an almost perfectly straight line throughout the entire day. Thursday closed at $227.26, an insignificant movement from the opening price.

Meanwhile, in the news, former US federal agent Shaun Bridges plead guilty to $800,000 USD in Bitcoin theft. Shaun Bridges played a role in shutting down the infamous Silk Road online marketplace, which led to the arrest and conviction of Ross Ulbricht. During the Silk Road investigation and takedown, Bridges funneled funds from vendors into his personal wallet. Then, Bridges attempted to launder the stolen coins through Mt. Gox and moving the fiat into a Fidelity account.

September 4 opened with the Bitcoin price at $227.26. Once again, the 4th proved to be a day of sideways activity. However, the day’s price movements were not totally sideways; the Bitcoin price gradually moved upward throughout the day. By Friday’s closed, the Bitcoin price had risen to $230, a small yet definite $3 appreciation.

Saturday started out at $230.25 — up from the previous day but still within that high $220s-low $230s sideways range. While the 5th of september seemed like it would be another quiet day, it ended up bringing a wave of excitement into the markets. During the 8 AM hour, the Bitcoin price jumped from $231 at the top of the hour to $234.70 at the close. The price stayed relatively flat into the evening hours; at 9 PM, the price jumped upwards again, and hit a peak of $242.07 at 11 PM. The day ended in the low $240s, a price range that has not been seen for a few weeks.

Sunday, September 6 began at $241.18, up over $11 from the start of the previous day. On Sunday, the markets struggled to figure out where they wanted to go with the previous night’s rapid appreciation. At one point, the price rose all the way to $244.20. On the other hand, though, the price fell to a daily low of $237.73. Thus, the markets saw more price fluctuation in this single day than they saw all week — a definite sign that traders were unsure of what to do with Bitcoin’s sudden rise in value. The fluctuations tapered off during the latter half of the day, and the Bitcoin price settled into the low $240s, eventually ending the day at $240.95. 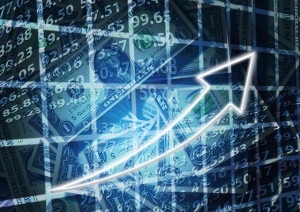 The sudden increase in the Bitcoin price at the end of the week is highly indicative of speculators taking on bullish sentiments for a number of reasons. The speculators are likely becoming more optimistic as the Bitcoin XT drama dies down, with a vast majority of the mining network rejecting Bitcoin XT in favor of BIP 100. Additionally, the community managed to make it through the XT drama without creating a total panic in the markets, allowing the Bitcoin price to hold up reasonable well, albeit taking some significant losses. The top post on r/bitcoinmarkets — a comunity for Bitcoin speculators — corroborates this theory. Reddit user imaginative_investor, the original poster, gave his speculative reasons for adopting a bullish view of the markets:

It seems, then, that the price increase was due in large part to speculators becoming more optimistic towards market fundamentals.

Therefore, we can conclude that the Bitcoin price will change based on the speculators’ reactions to future changes — or lack of changes — in the fundamentals. If the state of the Bitcoin industry and community becomes more negative, or stays the same, the optimistic speculators that bought at the end of this past week will cash out. In such an event, the price will return to the pre-spike levels, or will possibly dip slightly below those levels. On the other hand, if the fundamentals coincide with the speculators’ hopes, then the price will remain at its current levels, or will continue to rise.