This week proved to be a quiet one as the community showed little activity following the Christmas holiday and going into New Year’s. The price grew during the week, but not much; overall, we saw a 0.97% growth. There were a few bits of interesting news to break up the monotony of the price’s sideways pattern, but even then the post-Christmas week did not yield much excitement.

Also read: Bitcoiners Beware: Microsoft has your Encryption Keys, How to Keep your Data Safe

Our week began on December 28, 2015 with the bitcoin price at $427.15, still trying to recover from the large drop that happened at the end of last week. The price attempted to stay in the $420s for most of the day, struggling to do so in the afternoon when it fell into the high $410s. The markets pulled out of that small slump in the evening, though, finishing the day back in the $420s.

In the news, we reported on a few interesting things. The Reserve Bank of India came out in public support of the blockchain technology, stating that it can be used for more than just financial services. Bitcoin tipping service ChangeTip launched a “Social Giving Challenge,” in which bitcoiners use ChangeTip to donate to a fundraiser to provide meals to the homeless. Finally, Samsung announced that it would expand Samsung Pay to online shopping in 2016, allowing US customers to use the digital payment service to purchase goods online. This move will bring more direct competition to Bitcoin, since the digital currency finds most of its users in the online shopping industry.

Tuesday opened at $422.64, clinging to the $420s range established late last week. Trading was slow in the first part of the morning, with the price barely budging from $422. However, at 10 AM, the bulls when on the offensive and launched an upward push. By 1 PM, the bitcoin price hit $430, and continued to gradually climb until the late evening, where it leveled out to end the day.

Meanwhile, we reported on some community drama between the infamous Theymos and Coinbase. The bitcoin exchange announced that it would test Gavin Andresen’s Bitcoin XT proposal, which calls for big block size increases. Theymos disapproved of this move, and threatened to remove Coinbase from Bitcoin.org, and educational bitcoin website that Theymos owns. This episode is the latest in a series of attempts by Theymos to censor the bitcoin community, using his assets to control community opinion.

Wednesday, December 30 started out with the price at $431.71, riding that small rally launched on Tuesday morning. However, those gains were quickly eliminated; during the 7 AM hour, the bitcoin price fell from $431.63 back into the mid $420s. The price stayed in the $420s for the rest of the day. 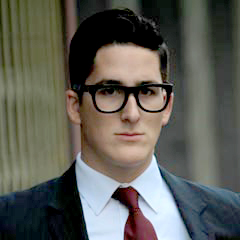 In the news, we published an interview with Moe Levin of The North American Bitcoin Conference. Our Editor-in-Chief Scott Fargo spoke with Levin about the upcoming 2016 conference in MIami. One of the highlights of this year’s event is Patrick Byrne, who will be giving a talk during the two-day conference.

Thursday opened with the bitcoin price at $426. The price dipped below $420 for a brief period in the very early hours of the morning, and quickly returned to the mid $420s. The markets pushed the price back into the low $430s during the afternoon, where it stayed for the rest of the day — making for a strong close to 2015.

We rang in the new year with the price at a strong $435.13, a very optimistic start to 2016.The early morning saw a brief dip into the high $420s, but the new $430s range quickly regained control, and activity leveled out for the rest of the day.

Saturday, January 2 began at $433.31, well within the $430s range established over the previous few days. The markets were quiet all day, the price hovering in the low-to-mid $430s.

January 3 started out with the bitcoin price at $430.36, at the lower end of the recently-established holding pattern. The markets took a dip during the late morning-early afternoon hours, falling into the mid $420s. The price quickly rebounded, though, returning to the $430s to finish the day. Our week ended at midnight, with the price at $431.29.

What Will Happen to Bitcoin in the Coming Week?

Last week, I predicted that the price drop we saw was mostly due to a lull in activity brought about by the Christmas holiday, and that we likely wouldn’t see the price fall out of the holding range that the markets established towards the end of last week. I seem to have been right for the most part; while the price did test the lower bound of that range several times throughout the week, bitcoin stayed mostly within the $420s, even finishing the week in the low $430s.

So far, 3 days into the New Year, the 2016 hype growing in the bitcoin community has not been reflected in the price. Price fluctuations have been relatively calm throughout the week, with the price growing by less than 1%. So, if speculators are going to take advantage of the New Year hype, it has to be soon, because it won’t last much longer after the first week of 2016 ends.

This holding pattern seems to be a solid base for a new lower bound in the price, firmly holding in the $420s-$430s after falling from the $450 rally a couple weeks back. If this is the case, then we shouldn’t expect to see the bitcoin price fall too much during the coming week. However, it is also unsure if we will see much growth, or if the markets will opt to keep the price in the $430s territory.

Images courtesy of Samsung, Inside Bitcoins