Green candles dominated the charts for most of the week, as the bitcoin price climbed upwards towards $400. We finally broke that barrier late in the week, reaching $403.20 as it came to a close, making for a total gain of 7.22%. The week was also marked with some rather significant news. To name a few stories that broke this week: Valve may be accepting bitcoin in the near future, Coinbase adopted Bitcoin Classic, and Supreme Court Justice Antonin Scalia was found dead in a hotel room at age 79.

Monday, February 8, 2016 opened with the bitcoin price at $376.04. The first day of our week had a fairly downward trend in terms of market activity, with only a few green candles breaking through the overwhelming downward pressure. By the end of the 2 PM hour, the price fell from $375 to $371, and continued to fall for the rest of the day, even dipping below $370 right at the close of the day.

In the news, our Editor-in-Chief Scott Fargo published his review of the Avalon 6 ASIC Bitcoin miner. In short, he called the machine “stable and powerful.” You can read the review in full here.

We also reported on Monday that OpenLedger and Emercoin entered a partnership to create “new synergies.” The two projects believe that their combined technologies can create great improvements in the blockchain ecosystem.

Tuesday began at $370.23, several dollars lower than the start of the previous day. After a return to the mid $370s during the morning hours, market activity slowed down and the bitcoin price leveled out, hovering between the mid and low $370s for the rest of the day. Towards the end of the night, the price embarked upon a climb, which continued into Wednesday morning. 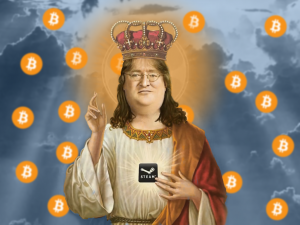 On Tuesday, we reported on a large discovery regarding Valve accepting bitcoin. A Reddit user found several lines on Steam’s translation servers that indicate a bitcoin implementation into their game marketplace. It appears as if Steam will use the Bitpay API to process payments when this implementation goes live. This is huge news for Bitcoin, as Steam boasts 125 million users worldwide.

February 10 opened at $374.51, and improvement over the 9th, but still below the price seen at the beginning of the week. The price climb that launched late Tuesday night fizzled out rather quickly, reaching a plateau of $377 around 4 AM. After a jump to $380 at 8 AM, the bitcoin price went sideways for the rest of the day, hovering between $379 and $380.

Thursday the 11th started out with the bitcoin price at $377.49, finally climbing above the week’s opening price. The markets’ sideways trend from Wednesday carried over into the 11th, with the price seeing virtually no change aside from a brief dip in the afternoon.

Meanwhile, in the news, Coinbase CEO Brian Armstrong announced that his company will be switching to Bitcoin Classic, the latest scalability-focused BIP in the ongoing Bitcoin blocksize debate. This was a controversial decision for Coinbase; as one of the leading companies in the ecosystem, Coinbase’s decision to adopt Classic will surely influence many other people’s views on the block size issue.

Market activity on Friday was characterized by slow, drawn out growth. Starting out at $378.89, the bitcoin price crawled upwards throughout the day. After a flat spot during the afternoon, where the price stayed around $383, the markets sent Bitcoin upwards just a little bit further, pushing the price into the high $380s right at the end of the day.

On Friday, we reported on a Bitcoin acceptance story coming from Budapest. The Hungarian city’s Taxi drivers will now be accepting bitcoin through TheCoinPAY, making the taxi service one of the first bitcoin-accepting public services in Hungary.

February 13 opened with the bitcoin price at $387.48. Most of the day was spent flirting with $390 without fully getting over the threshold. However, that barrier was broken in the evening, when the price finally hit $390 at 6PM. After passing the $390 mark, the price took off, hitting the high $390s towards the end of the day. 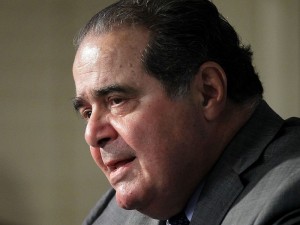 We reported on a major development in US law and politics Wednesday. Reports surfaced of Supreme Court Justice Antonin Scalia being found dead in a Texas hotel room, where he was on a hunting trip. These reports were confirmed a few hours after they first appeared. Justice Scalia was 79 years old and had served in the Supreme Court for 29 years, making him the longest-service Justice out of all current members.

Sunday, February 14, started at $394.45, a notable increase over the start of the previous day. The bitcoin price broke $400 early in the morning. However, the markets couldn’t sustain $400 very long, and the price quickly dipped into the high $390s. The rest of the morning and afternoon was spent struggling between $399 and $400. Around 7 PM, though, the markets firmly broke the $400 threshold, climbing into the low $400s, even flirting with $410 for a brief period of time. The week closed out at midnight, with the bitcoin price sitting at $403.20, making for a 7.22% gain overall.

What do you think will happen in the Bitcoin world in the coming week? Let us know in the comments below!