What is OpenOcean? Crypto’s Only Full Market Liquidity Aggregator

The 2021 bull market continues to rage on, fueled by an inflow of institutional money, the likes of which has never been seen before in crypto. And it looks set to continue. Most experts agree that we can expect to see further growth over the remainder of this year, with the numbers to back it up. BTC miners have switched from selling their block rewards to holding, indicating they believe further price increases are on the horizon.

Furthermore, even before the miners started holding, the balance of BTC held on exchanges had been on a steady downward trajectory. As things stand today, Glassnode data shows that in the last twelve months, exchanges have lost around one-third of their total balances, indicating that people are also choosing to hold rather than sell. 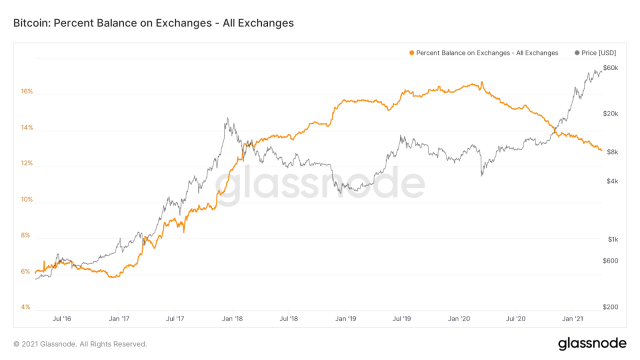 So with no new supply entering the market, many people choosing to hoard rather than trade or take profit, and an influx of new, wealthy investors, the stage is set for an unprecedented supply crisis.

The issue is compounded by the fact that the crypto markets are incredibly fragmented. Coingecko currently lists around 400 centralized spot exchanges and another 87 DEXs. With little interoperability between platforms, liquidity is limited to the order size that any one exchange can support.

These two issues – a liquidity squeeze and market fragmentation – can only be overcome if there’s a way to combine the liquidity across all trading venues. This is the challenge that full-market liquidity aggregator OpenOcean aims to address.

OpenOcean is a full aggregation tool that ultimately aims to allow any user to access the full depth of liquidity across the entire cryptocurrency markets for any given trading pair.

At the time of writing, the protocol already aggregates liquidity from many major DEXs, thanks to integration with four major platforms: Ethereum, Binance Smart Chain, TRON, and Ontology. It’s also integrated Binance, which is by far the biggest CEX by daily volume. Upcoming integrations will include Solana, NEO, Polkadot, Coinbase, and Deribit. However, this is just the tip of the iceberg, as OpenOcean has an extensive roadmap covering the next two and a half years (more on that to come.) 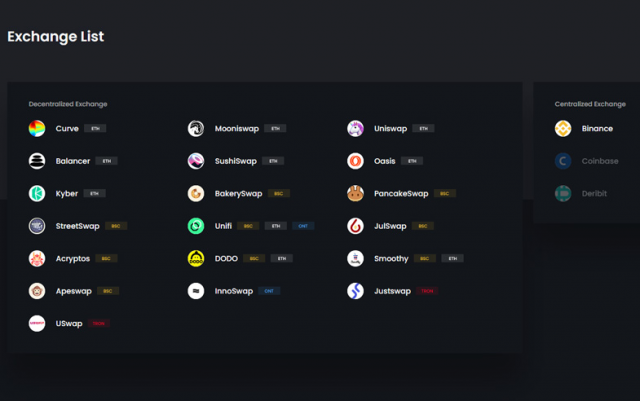 The OpenOcean protocol uses an optimized intelligent routing algorithm based on the Dijkstra algorithm, which is programmed to find the shortest route between two graph points. Applying this to an order, the OpenOcean algorithm, known as D-star, finds the best prices on the market and then splits the routing between different protocols for better transaction rates.

From the user perspective, it’s effectively the same as placing an order on an exchange, as all this happens in real-time in the background. However, using OpenOcean can ensure they’re getting the best price on the market with the lowest slippage.

It’s worth pointing out that as well as the liquidity problem, this also overcomes another key challenge in crypto, and one that will be important to institutional investors – price transparency. It also allows users to trade via any CEX without needing to have a trading account, reducing another point of friction.

The platform is designed to appeal to users at all levels. Beginners will likely want to use the “Classic” interface, which is a simple token swap box. More advanced traders can use the “Pro” interface, which shows all available markets for any given pair, together with charts. There’s also an API.

Institutions can benefit from custom interfaces and strategy execution. Only the latter will pay a fee, meaning that for the vast majority of everyday users, OpenOcean is free to use. The project was founded by Leo Xue and Cindy Wu. Xue is an expert in developing trading systems, having spent time at Intel and the China Financial Futures Exchange. Wu has managerial experience in strategy and M&A from her time at RBS and 3M. She was also previously a senior investment director at a well-known private equity fund.

OpenOcean has recently launched its own token under the ticker OOE, which conveys many privileges to holders. Along with protocol governance rights, OOE token holders can also enjoy gas fee and slippage subsidies when using the OpenOcean protocol, significantly reducing trading costs.

They will also become entitled to CEX VIP membership, which is subject to a minimum OOE balance. Those who qualify will get exclusive access to CEX services such as premium maker and taker fees and subsidies on trading and withdrawal fees. In the future, OOE holders will also be able to use their balances for margin and as collateral for loans.

The project is currently engaged in an airdrop of 1% of its tokens. A further 34% has been earmarked for distribution via liquidity mining programs in DEXs such as SushiSwap and PancakeSwap, based on the platforms aggregated in the OpenOcean protocol. OOE will be paired with ETH, USDT, DAI, BNB, BUSD, and more.

As of March, OpenOcean has 67,000 active addresses with $800 million in trading volume.

The project recently underwent a successful strategic funding round led by Binance. Shortly afterwards, it announced that it had made a private placement of shares with a group of investors, some of whom also invested during the funding round.

The funding will be used to deliver on OpenOcean’s extensive roadmap, which is already progressing well. The roadmap is split into four phases, with the first, which involved aggregating liquidity from Ethereum, BSC, and Ontology, already completed. The second is now underway and involves token issuance, as well as continuing with cross-chain swaps and aggregating CEXs. 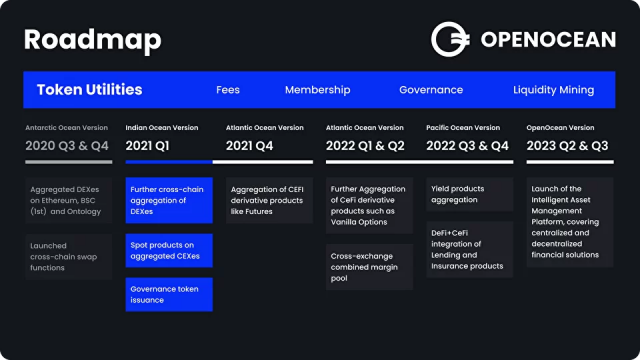 The next phase will involve integrating CeFi and DeFi derivative products into the OpenOcean protocol to create a one-stop-shop trading experience. It will also see the rollout of a cross-exchange combined margin pool.

As liquidity is inevitably becoming more challenging amid unprecedented demand, particularly for Bitcoin, OpenOcean has undoubtedly found a legitimate problem to solve. Furthermore, the project’s entry to the market couldn’t be more timely, and it’s already made significant headway in terms of funding and establishing a user base. As it continues to deliver on its roadmap, OpenOcean looks set to deliver real value to cryptocurrency users of all levels.