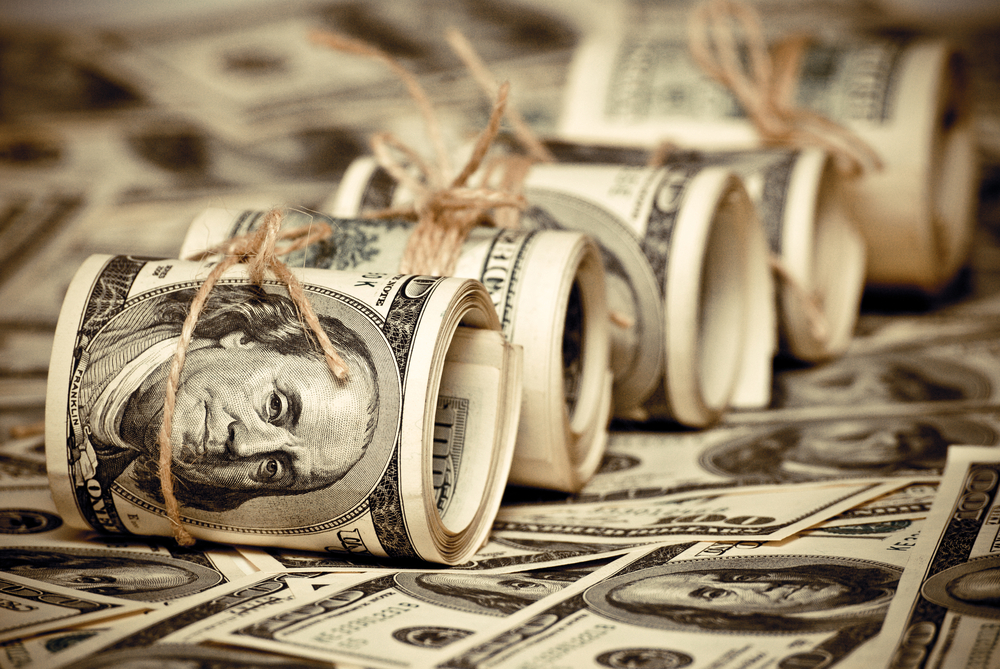 Bitcoin logged a surprising bull run at the start of this week, breaking above $11,000 for the first time in almost eleven months. 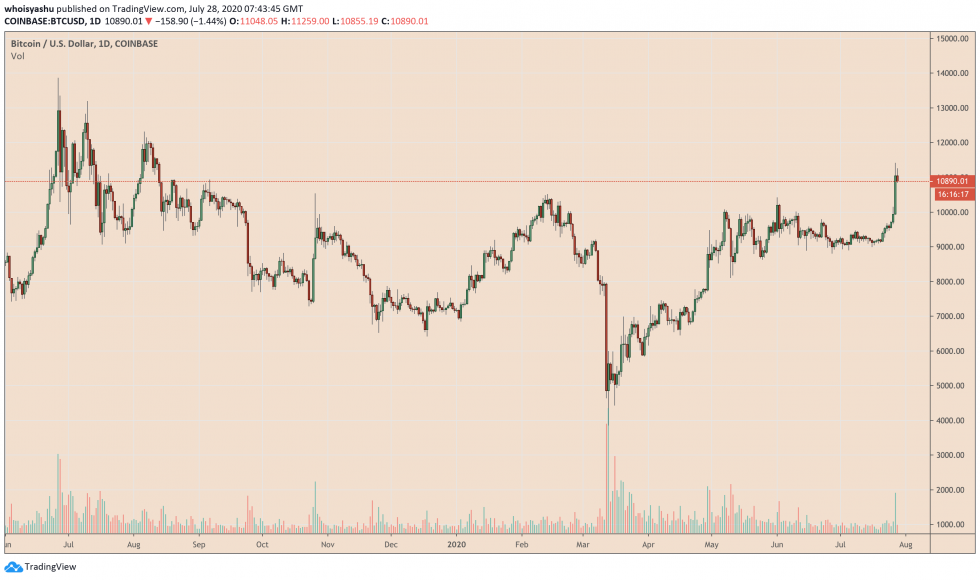 The climb brought the cryptocurrency within striking distance of $11,500. Nevertheless, a small downside correction ensued entering the Tuesday session as traders waited for the US Federal Reserve to announce whether or not it would continue its easing program.

In retrospect, the Federal Open Market Committee will gather for a policy meeting on Tuesday and Wednesday. In it, the committee will discuss the rising number of COVID cases in the US and how it threatens their economy’s recovery in the coming months.

The grim outlook will increase the Fed’s likelihood to take additional measures to calm investors. It may be in the form of a pledge to keep the interest rate near zero until the economy shows signs of a sustainable recovery. Meanwhile, the Fed’s plans to continue its bond-buying program will come at the expense of the US dollar.

A weakening greenback this year had resulted in a Bitcoin rally because it makes the cryptocurrency cheaper to buy in international markets. 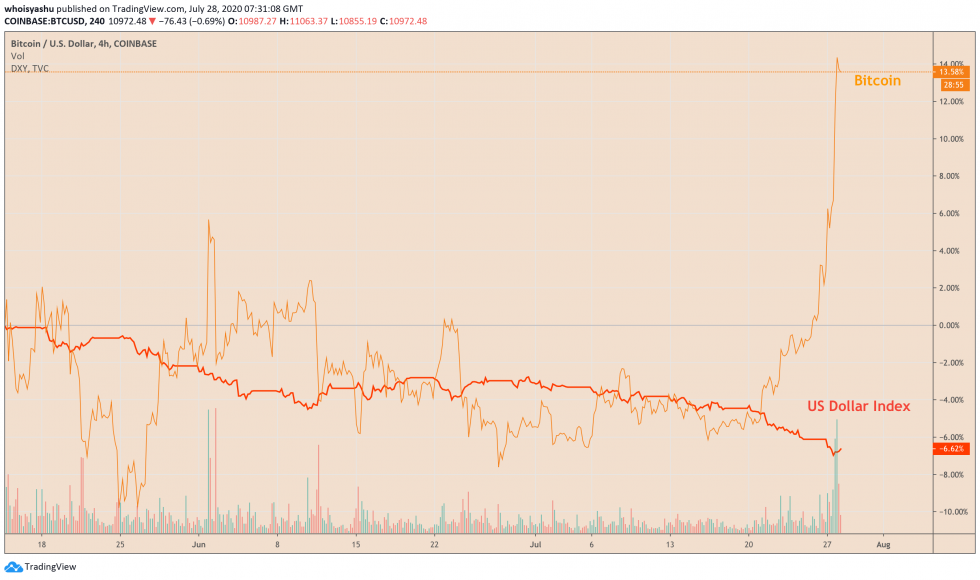 The US dollar index edged 0.2 percent higher ahead of the Fed’s meeting but continued to trade near its two-year low.

As for interest rates, the decision to keep them lower will directly impact the leading US Treasury bonds. Any dovish policy will maintain an additional downward pressure on real yields. Late last week, they fell below zero, a move that sent investors looking for better returns in riskier assets.

That also helped gold to climb towards its all-time high at the beginning of this week. Bitcoin, on the other hand, broke above a resistance range that had capped its upside momentum for more than a year.

Lou Crandall at Wrightson Icap told FT that he expects the Fed to keep its interest rates unchanged. The analyst noted that the central bank is still measuring the impact of COVID resurgence on the economy.

“That said, we would not rule out the possibility that the Fed might be ready to hint that it will tilt its [quantitative easing] purchases toward longer maturities once the framework review is completed in the fall,” he added.

Thomas Costerg, the senior US economist at Pictet Wealth Management, noted that Fed’s inclination to “have its finger on the trigger” would boost demand for safe-haven assets like gold. That, in turn, would leave Bitcoin with more room to grow.

The cryptocurrency was trading at $10,876 at the time of this writing.