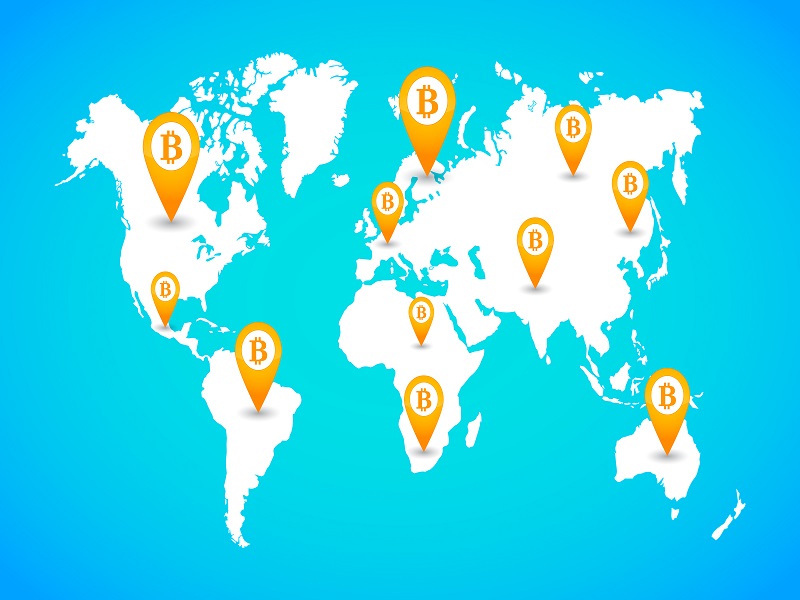 What Would Happen if Bitcoin Was Accepted Globally?

What, exactly, would happen if everyone just dropped the money they were using (USD, the euro, the yen, etc.) and resorted to dealing in bitcoin from here on out?

Also read: “Blockchain Technology” is Bringing Bitcoin to the Mainstream

This is a question that we’ve likely entertained on an individual or otherwise small scale at some point or another. As a civilization, however, it’s not likely we’ve actually sat down and thought through the full results we’d likely face if Bitcoin were accepted on a global scale, and all other forms of finance became obsolete.

For one thing, banks as we know it would be things of the past. We’d say goodbye forever, most likely, the current working methods of entities such as Wells Fargo, Bank of America, Chase Bank and all the other financial powerhouses we still put so much trust and faith in. Furthermore, those secretly advocating for bitcoin and related currencies and using it within a specific realm of privacy would likely feel free to introduce themselves to the world. After all, they wouldn’t necessarily be doing anything wrong, and they wouldn’t be engaged in anything that their friends and neighbors hadn’t heard of, so obviously this creates a whole new side to the table.

In basic terms, one of the great results would be that we would likely receive a little more financial freedom with global bitcoin acceptance and legalization. Finances would likely be stronger, as one bitcoin, despite several drops is still worth over $200 in USD alone. We would also likely witness more ease in the way we use money and how we work in finance in general. With the entire world using the same kind of currency, international business overseas would probably become much simpler than it is right now.

But would there be a downside as well? This is certainly a possibility. It can’t all be lush, green meadows and honey-flavored lollipops. There is a dark side and a light side to every equation. One of the big problems is that bitcoin, despite the security presented through the blockchain, is still susceptible to hacks and vulnerabilities that have been exposed rather heavily in the past through the collapse of Mt. Gox, the attack on Bitstamp early this year, and other similar occasions. Naturally, security and digital strength would likely improve over time and thereby put a damper on events of a criminal nature, but it’s hard to say exactly when and how this would occur.

Furthermore, as digital currencies have become more popular, we have witnessed the rise of things such as the BitLicense and several forms of copycat regulation throughout the United States and other areas. As more limitations are put in place, several businesses are packing up and calling it quits in areas such as New York, the home of Benjamin Lawsky’s dreaded document. Worldwide legalization and acceptance of Bitcoin would label it as a global currency, not simply a national currency, and we would more than likely witness the growth of worldwide regulation in an attempt to keep every country working in the same manner to prevent problems. There would be further limitations put on how we currently handle bitcoin, and businesses would be forced to suck it up and play by the rules. After all, bitcoin would no longer be “new” or “different” or “lonely.” It would classify as “regular” currency. Such action might even lead people to become nostalgic for the money they once used, whether it’s the euro or the yen or anything else, and many might find themselves attempting to use traditional currency in the same way they’re using Bitcoin now.

What do you guys think? What do you foresee as the possible results of worldwide bitcoin acceptance? Post your comments below!