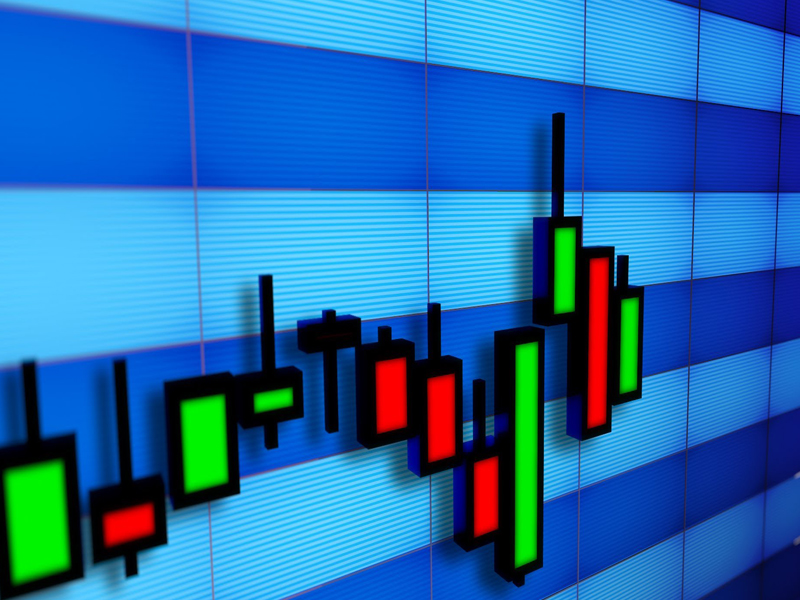 The price of Bitcoin has been trending upwards for the past couple days giving some people the opinion that it is in a bullish phase. The value of the cryptocurrency has been quite eventful as it had been sitting at USD $375 over the past couple of weeks until just recently bumping up over the $400 mark. On the 21st of February, the price had touched $450 per BTC and seemed to be edging towards the $500 mark. However, the market value hit resistance and now is hovering in the $425-435 range. 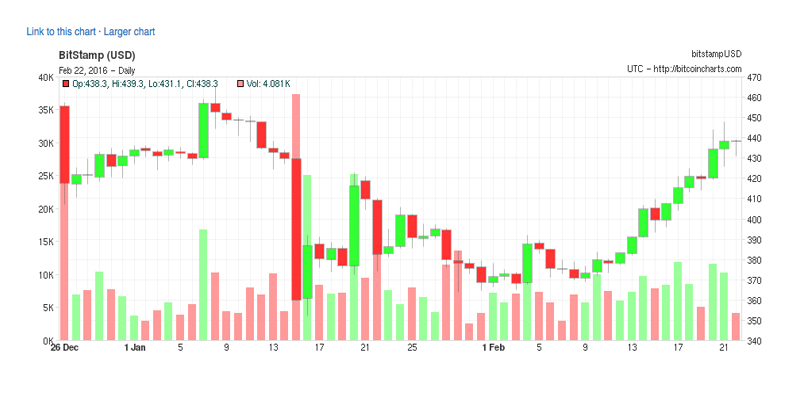 A few publications including Forbes believe that it’s possible the recent Miners agreement, and the Bitcoin Classic node adoption has increased the price. Sentiment has seemed to be in good spirits from some camps and others have been negative about the two subjects. Speculation on the fact that these two proposals are lifting the price doesn’t seem to be the case as both sides still have disagreements. The early discussions of consensus possibly coming to a conclusion could be making the price rally, but it’s not too clear if this is the reasoning behind it. There have been a few positive write-ups by mainstream media at times but nothing too sensational that has seemed to be the direct cause of the price spike.

Others have felt that institutional awareness has brought the price up a touch from corporate entities such as Microsoft and IBM. However, these two companies in particular and a whole slew of other businesses have clearly established they are not too interested in the Bitcoin blockchain. Most of these firms are creating and using other distributed ledgers that are permissioned by design. Some are using altcoin blockchains such as Ethereum, and this has caused a spike in price with ETH bringing it just below Bitcoin’s market capitalization.

As said above a few Bitcoin announcements have been made that have created enthusiasm within the crypto-community such as Steam integrating the digital currency. Other announcements like the fast-food restaurant Burger King accepting the virtual money in “Bitcoin City” of Arnhem has also made headlines. One positive outcome this past week was an announcement from Kraken explaining that the Mt Gox bankruptcy claims were moving along making “significant progress.” 21inc has revealed some new Bitcoin developments with its 21 computer such as a fee prediction service and micropayment platform. Despite the few announcements concerning the digital currency most news in the industry pertained to just blockchain technology. 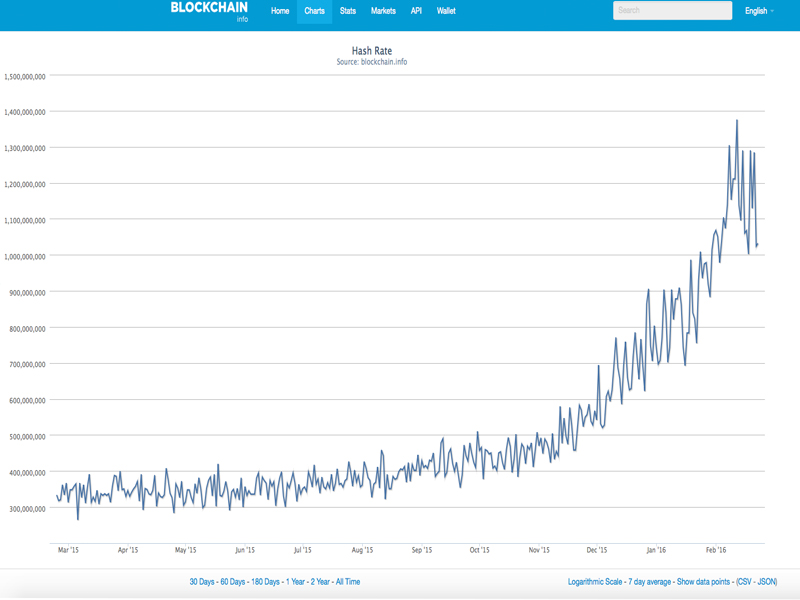 The Bitcoin price after rallying to the $450 mark has corrected but shows there still may be some uptrend in the near future. There could possibly be a second spike shortly with current Relative Strength Index (RSI) levels looking positive. The value could still make it to the sought after $500 mark this week if it can eat through market resistance. The weekly chart looks like a steady bullish trend, and the 4-hour chart look as though there may be a breakout but it may go downward.

The upcoming reward halving is taking place soon, and miners are getting prepared for this as we speak. Many believe there currently is a shift in the mining space due to the changes coming, and some say this has, in turn, lowered the hashrate at the moment. At press time, we are seeing a slight advance from last night’s drop so a second run up may be coming soon. Currently, the price is at $438 per BTC via Bitstamp at the time of this writing.

What do you think about what’s causing the upswing in Bitcoin price? Let us know in the comments below.