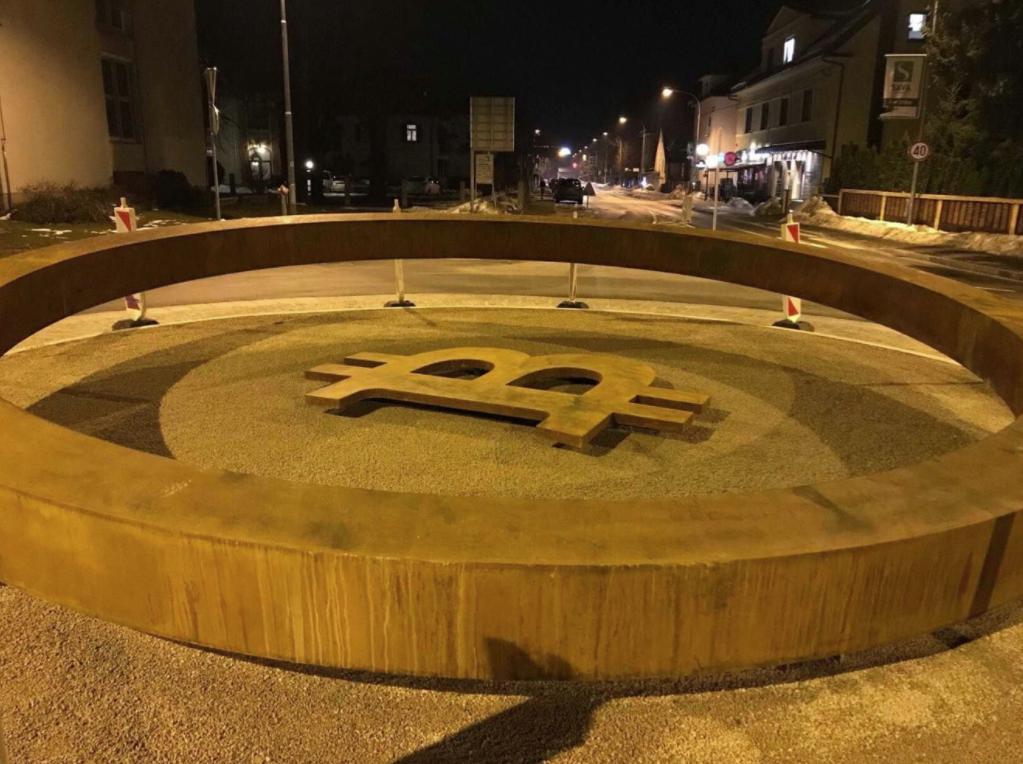 The Slovenian city of Kranj has installed a giant circular Bitcoin logo near the city center, making it the first official monument dedicated to the world’s first decentralized cryptocurrency.

Slovenia has been known as a hot spot for Bitcoin and cryptocurrency-related activities for several years now. It was the original home of the Bitstamp exchange, one of the most popular cryptocurrency trading platforms in the world.

Now, a giant installation of the famous Bitcoin ‘B’ logo has been placed by city authorities at one of the roundabouts near the center of the city of Kranj.

The first #blockchain monument in the world will be uncovered tomorrow in Kranj, Slovenia. Sponsored by local @Bitstamp and @3fs. #bitcoin #crypto

The metal construction was created by Aleksander Frančeškin and Selman Čorović and paid for by the Slovenian-based tech design company 3fs and the Luxembourg-based Bitstamp.

It appears that Bitstamp, one of the oldest cryptocurrency exchanges in the space today, remains a staunch supporter of Bitcoin, paying homage to the world’s first cryptocurrency.

It’s headed by CEO Nejc Kodrič, a widely known member of the Bitcoin community, who co-founded the exchange in August 2011 with Damijan Merlak in his native Slovenia. Later, the Bitstamp exchange moved its registration to the UK in April 2013 and then to Luxembourg in 2016.

“We believe bitcoin is here to stay,” explains Kodrič. “Our goal is to provide reliable easy to use service for companies and individuals to exchange bitcoins.”

[Check out more pictures of the monument here.]

While the city of Kranj may be the first municipality to approve a Bitcoin-themed installation, there have been a few other instances of Bitcoin art appearing across the globe. (It is a global and borderless currency after all!) 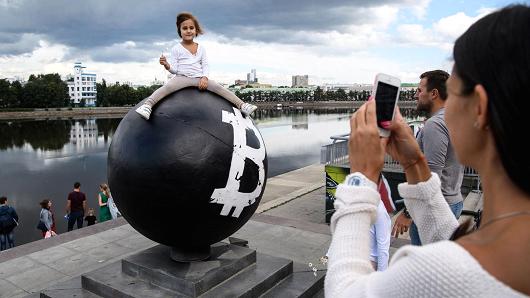 Back in July of last year, an unidentified person spray painted the Bitcoin logo on one of Yekaterinburg’s (Russia) riverside monuments.

Meanwhile, cryptocurrency-themed graffiti and artwork, in general, has been a recurring phenomenon springing up in many countries across the world.

There are even dedicated websites such as Crypoart, as well as brick-n-mortar and even decentralized art galleries, where one can purchase everything from Bitcoin paintings, statues, and other cryptocurrency-themed works of art.

In an interview with Bitcoinist, artist Cryptograffiti explained why art is such an important aspect of the Bitcoin ethos.

“Throughout history, art has played a pivotal role in spreading movements,” Cryptograffiti said. He added:

This space is especially important as the subject matter can be complex for the general public. Art helps distill the message down to something more can understand.