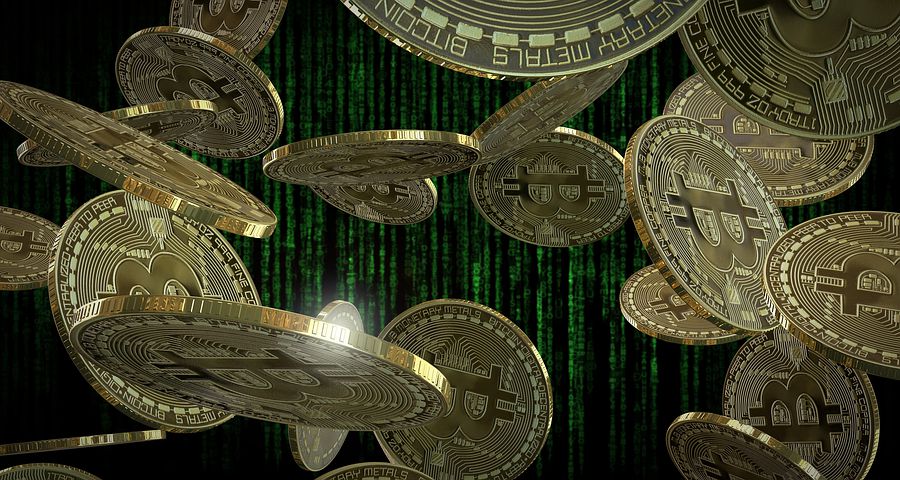 Your Wallet in 2030 Will Be Full of Free Money

Ten years ago, humanity wrestled with a generational crisis named COVID-19. In the wake of the pandemic and its cataclysmic fallout, seismic changes occurred and a wellspring of ideas burst forth. The weaknesses of our society laid bare, people were freed to think differently about the social contract. Conversations around the function of money and who controlled its minting began, triggered by the unprecedented money printing provoked by the pandemic.

Yoni Assia is the founder and CEO of eToro, the world’s largest social investment network, and the Founder of GoodDollar.org, a non-profit to enable basic income via blockchain technologies. This post is part of the Internet 2030, a series exploring the future of technology and the digital economy.

People began asking questions. If an international emergency could motivate governments to fire up the printing machines, where does the money come from? If it’s so simple to give money away, why isn’t it going straight to people? Why did people pay taxes in the first place? And why were banks benefiting from discounted currency before transferring interest costs to the plebeians?

What started as a murmur of disquiet grew into a crescendo of discontent: Why should these institutions dictate how money is issued and who benefits from its trickle-down distribution? As economic shockwaves precipitated humanitarian catastrophes throughout the world, systemic corruption was painfully exposed, making the case for bold new ideas. How could money be more fair, transparent, and free?

Ten years on, money is free. The last decade has been one of profound change and digital innovation. No, we are not all living in the lap of luxury – the wheels of the industry continue to turn, work remains to be done, people still seek employment. However, just as the internet made information free, technology has served to make money more freely available and immune from vested interests.

Over two decades ago, Bitcoin introduced the notion of permissionless digital currency that exists beyond the purview of central banks and nation-states. It’s the antithesis of a monolithic legacy system whose integrity had been eroding for centuries. In 2030, non-government, internet money has become the norm. A plethora of digital currencies and assets have permeated the mainstream and become the world’s de facto money.

Cash’s instant settlement properties exist in the digital realm and competition has served to reduce fees and lower barriers throughout the world. What’s more, the immutable, auditable nature of blockchain means that modern CBDCs are major upgrades on the fiat standard of old. People buy goods and services, save and invest via their digital wallets, seamlessly moving between digital currencies in the “back end,” the blockchain experience finally obfuscated.

“BY FREEING MONEY, WE HAVE REPAIRED DEMOCRACY, AND ARE MOVING CLOSER TO A WORLD WHOSE FINANCIAL SYSTEM IS MORE FREE, ACCESSIBLE AND FUNDAMENTALLY FAIR.”

Governments and financial institutions have recognized that they cannot ignore financial innovation, and must embrace digital currency in order to compete. In fact, much of the value and innovation over the past decade has come from countries willing to experiment by merging the best elements of centralized and decentralized finance, resulting in fully digital systems that create greater access to the financial system.

The change wasn’t an option, it was a necessity: Conventional “trickle-down” economics perpetuated inequality, limited prosperity, and rewarded only those with capital.

Even before the coronavirus-led mass unemployment and societal unrest, vast labor market shifts, and widening inequality forced authorities to look closely at basic income initiatives. Slowly but surely, governments realized the vast majority of citizens didn’t have enough money in their accounts to get through the month, forestalling economic growth for all. The days of the global central banking cabal were numbered.

Furlough schemes and “helicopter money” cemented the basic income concept in the minds of many, who began to demand governmental cartels break away from outmoded Keynesian economic models and better serve the citizens to whom they were, after all, answerable.

In 2030, monetary power has shifted towards the individual. The popularization of digital currency has accompanied further advances in digital sovereignty and digital identity. Where in the past countries expanded by waging conflict, now they compete for human attention and loyalty. When the nature and ownership of money changes, so do the incentive structures and business models.

Web 3.0 technologies coupled with sound money have gradually altered incentive structures in popular services such as Google and Facebook, with platforms now paying the people to use them. This was an unthinkable notion 10 years ago, when tech giants tracked our every movement and action and built multi-billion dollar businesses off the back of data-driven advertising.

Like governments, the tech giants have fallen into line. We are no longer the products, we are the clients.

The future of money – which is to say the money we use in 2030 – is indelibly inscribed on-chain and distributed globally at scale. Free movement of money is no longer a pipe dream, it’s a reality. Ten years isn’t a long time, but already it’s difficult to believe that we once trusted the walled gardens of central banks to control the money flow. We reflect with a naivete that we once expected powerful elites and kleptocrats to manage money and reduce inequality.

As the source of our money has become much more distributed, as transparency of issuance, allocation, and use has become the norm, as the physical and digital worlds have integrated more closely, and as governmental overreach has been checked, our financial system has become a hub of innovation. Money flows to people from multiple sources, including governments, corporations, and decentralized autonomous organizations of people and communities.  It empowers monetary entrepreneurship, driving further growth and financial opportunities.

Through breaking the monopoly on money, new incentive systems and entrepreneurism have flourished, particularly in the developing world. By freeing money, we have repaired democracy and are moving closer to a world whose financial system is more free, accessible, and fundamentally fair. A new age of enlightenment has begun, and contemplation of the days and decades that stretch tantalizingly before us no longer inspires dread. It inspires hope.