EverdreamSoft and IndieSquare have announced a new collaborative effort called Project ORB. Launching on Friday, Sept. 16. The project uses blockchain technology to enable the use and trade of in-game items across different titles. 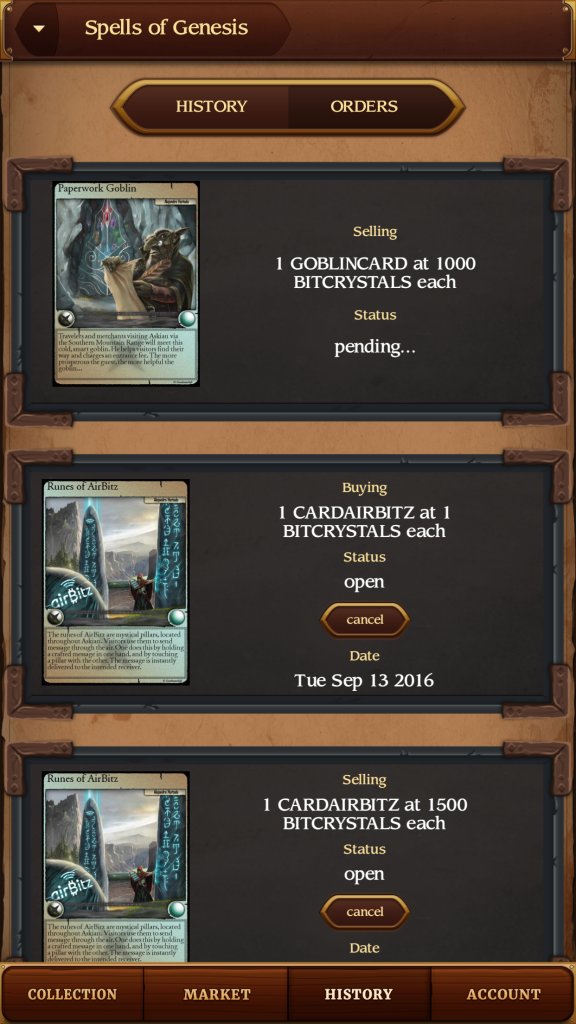 As part of their effort to make blockchain technology a mainstay in the gaming industry, EverdreamSoft joined-up with IndieSquare to “bring players true ownership over digital gaming assets,” according to Markéta Korteova, marketing manager at EverdreamSoft.

Project ORB is the latest team effort between the two companies who have been working together for the past month or so integrating blockchain technology into mobile and trading card games.

ORB, an acronym for “Ownership Revolution on the Blockchain,” is a system that “tokenizes” in-game items. It allows them to be traded across the Bitcoin blockchain via Counterparty. Even more, the tokenized game assets can be used across multiple games as well, even simultaneously, according to Korteova.

Tokens will be cataloged and managed via “The Book of Orbs,” a mobile application for Android and iOS that will display a player’s “ORBs.” The interface will be “optimized for gaming,” according to EverdreamSoft. The app also features an “ORB market,” where users can trade their tokenized game assets with other people.

An additional functionality, and a good example of the cross-gaming capability, is the Book of Orbs “Lucky Draw” game for Force of Will (FoW) players. Users can tokenize FoW’s proprietary “Will Power Points,” creating a Counterparty asset called “WILLCOIN.” This token can then be put into the Lucky Draw game, where players can exchange one WILLCOIN for a random FoW playing card.

He said the platform will likely experience the most success in mobile markets, since “Steam digital asset trading is already too entrenched for the mainstream [desktop gaming] market to be disrupted.”

O’Ham also speculated that ORB assets could even benefit gamers after their originating games grow stale and lose popularity.

“The fact that a game can die and you can recoup your losses on it is more than you can say for anything else on the market,” said O’Ham.

EverdreamSoft said they plan to work with IndieSquare to bring more games to the platform.

“We prefer to have quality games on-board, so all the participants can benefit from the platform effect,” said Korteova, who explained the “platform effect” as a phenomenon in which players from one game transfer ORBs to another, so other players can see them and be exposed to a new title or gaming experience.