The Origin of Dash and the Future of Money

The introduction of Bitcoin to the world sparked a revolution of finance and economics. Bitcoin set money’s value free from government constraint; now the value could be determined solely by the market. Instead of depending on centralized third parties for every financial transaction, people could exchange value around the world cheaply and in a completely decentralized manner. Bitcoin ushered in the age of truly digital cash. But Bitcoin isn’t the whole story. By creating an open-source money, Satoshi Nakomoto, the inventor of Bitcoin, unlocked vast vistas for others to explore. Over the years many developers have taken up the challenge and built upon the foundation that is Bitcoin to solve many real-world problems. One such person is Evan Duffield, and his project: Dash.

This article was provided by the Vanbex Group on behalf of the author, Eric Sammons.

The Importance of Anonymity 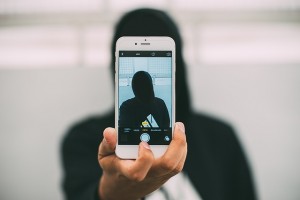 With a background in both software development and finance, Duffield was captivated by Bitcoin from its earliest days. Most particularly, he was intrigued by the idea of digital cash: a technology that could replicate the features of physical cash but without the drawbacks inherent in conventional currency. According to Duffield, “I started tinkering with Bitcoin in 2011, really early in it’s development. I decided I wanted to dive into cryptographic currency and like all things, the best way to learn something new is to sink or swim.” As he studied Bitcoin more deeply, however, he discovered a weakness in its design: a lack of true anonymity.

Why is anonymity important? Some might argue anonymity is only essential for those who wish to engage in illegal activities. But this is not the case. Anonymity is necessary for cash for two reasons. First, it gives each transaction privacy, so that no one can pry into the financial transactions of others. Imagine giving public access to everyone’s credit card transactions. Such information, aside from just violating individuals’ privacy, could be used to manipulate people in many ways. Second, anonymity makes the currency “fungible,” meaning every unit of the currency is worth the same as any other unit. Why is this true? If people could track coins to specific people and transactions, efforts could be made to “taint” coins, for example, if they were involved in illegal activities previously, making them worth less than others.

Unfortunately, Bitcoin does not supply true anonymity; each transaction is broadcast on a public blockchain for anyone to study. True, those transactions are not publicly linked to specific individuals, but with enough forensic research one can draw connections between transactions and individuals.

Duffield at first wanted to improve anonymity in Bitcoin itself, but he found that his suggestions were not accepted by the core Bitcoin developers. So, in the grand tradition of open source technology, he decided to fork the project and create his own digital coin. He called it “Darkcoin,” reflecting the anonymity of the currency, and released it on January 18, 2014. Calling Darkcoin a “more private blockchain,” Duffield marketed it as a “privacy-centric” currency.

Thus was a new coin born.

The initial reception was nothing short of remarkable. People quickly realized that Darkcoin solved a real-world digital currency problem, and the price reflected that realization. Users flocked to the coin, and soon its market capitalization was one of the highest of any digital currency. In its first year Darkcoin overcame a number of technical hurdles – inventing a whole new way of doing money isn’t for the faint of heart – and became one of the top digital currencies on the market.

From Darkcoin to Dash

That’s only the beginning of the story, however. From these humble origins something greater was introduced to the world, perhaps even greater than Duffield himself realized. For the technical solution to implementing an anonymous currency held the seeds to much more. Duffield created an incentivized 2nd-tier of nodes (called “Masternodes”), more powerful than regular Bitcoin nodes, which would be the foundation for a whole host of future features, many of which weren’t even considered when Darkcoin was first created.

Anyone who has worked in software development knows how important the initial foundation of a project is. Without a robust infrastructure, there are limitations to what can be accomplished as the project matures. By creating a Masternode network, Duffield gave his coin a leg-up in building future features into the coin. Unlike Bitcoin nodes, Masternodes receive payments for their service to the network. Because they are incentivized, more can be demanded of them: more powerful hardware, required software upgrades, etc. This Masternode network became the robust foundation to which more and more features could be added – features which are not possible for Bitcoin or other coins without a 2nd-tier network of nodes. As Duffield notes, “I first discovered a way to make a decentralized anonymity engine, something that had never been done before, then I continued to find other new concepts such as decentralized funding, decentralized governance and a decentralized storage engine.”

As the project began to include more features, however, the Darkcoin name became a liability instead of a strength. It emphasized only the one aspect of the project – anonymity – and not everything it had the potential to become. Further, public perception was that the Darkcoin name referred to its use in illegal activities, which was never the intention of the project. As Duffield noted, “It became apparent that the Darkcoin branding was getting in our way, so in order to accomplish our greater mission, we decided rebranding was necessary.” So the name was changed from Darkcoin to “Dash.” A shortened form of “digital cash,” the revised name is a reflection of Duffield’s original vision for the project.

Looking to the Future

Since its creation, the Dash Masternode network has shown itself capable of handling new features. Over the past two years, new Dash features have continued to be added. For example:

InstantX: To solve the problem of lag time in transactions, Masternodes are able to instantly lock transactions.

Self-Budgeting: To solve the problem of lack of funding for development, Masternodes can direct funds right from the blockchain to support development.

Self-Governance: To solve the problem of making governance decisions on the future of the currency, Masternodes can vote on what development occurs.

This is just the beginning. Dash’s powerful Masternode network allows for features in the protocol level that other digital currencies must push off to centralized third parties. With Dash, almost any feature can be decentralized and included at the protocol level. For example, the next phase of the Dash project, called Evolution, will introduce a new level of user-friendliness to a space which is not known for it. Duffield’s excitement for the future of Dash is apparent: “[Dash Evolution] is a next-generation platform for purely decentralized e-commerce. This system when deployed will allow low-risk reputation-based e-commerce and a completely decentralized arbitration system that can replaced centralized escrow services.” And with Dash’s strong foundation, who knows what else is possible in the future?

From its origins as an anonymous Bitcoin clone, Dash has evolved over the past two years into “digital cash.” With its powerful infrastructure and self-governance/self-budgeting system, Dash is poised to break into the mainstream and become the future of money.