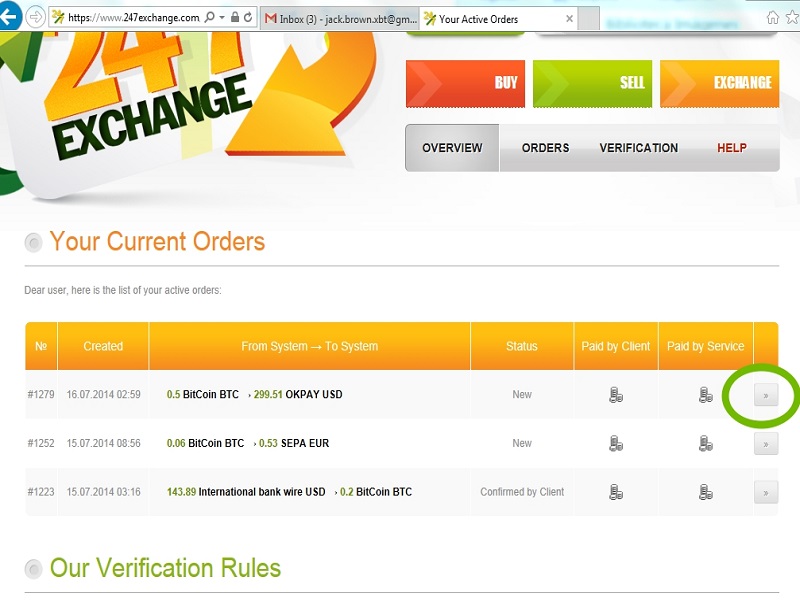 Since Cryptocurrencies have become popular, the number of exchanges willing to process Bitcoin transactions has greatly increased. However, most of these are only available in select regions; require a difficult sign up process, while also imposing high rates, hence taking away a large part of the client’s money. However, an exchange that is certainly better when compared to its competition is quickly making a name for itself. 247Exchange, which is run by InterMoney Exchange, a group of financial companies, has come up with an innovative method of making the process of buying and selling Bitcoins easier for everyone involved.

Disclaimer: This PR is provided by Bitcoin PR Buzz. Bitcoinist is not affiliated with this company and is not repsonsible for its products and/or services

With this in mind, the method will enable customers to buy and sell Bitcoin via traditional money transfers, thus making the process immediate. In order to further expand their customer base, the company has been hard at work to get their services up and running in many areas form all around the world. So far, potential clients can go ahead and transfer money, but also buy and sell Bitcoins at over 400,000 247exchange locations, which are located in stores, malls, post offices, banks and more, in a total number of 130 countries, thus making the exchange usable by just about anyone. By signing contracts with other corporations as well, the company has been able to open up branches in remote regions, hence granting people from all around the world the opportunity to get involved with Bitcoin and experience all of the benefits that it has to offer.

When asked about their purpose, 247exchange declared that one of their main plans is to bring Bitcoin closer to a larger number of people, while also teaching them more about the currency, and proving that this is the future of the world’s financial system.  Other than this, the company is also currently at work to open up new branches in developing countries, which are areas where Bitcoin has not had too much fame until now. While making the Cryptocurrency a viable way of sending and making payments in developing countries is a difficult challenge, the company believes that it is one they may be able to achieve in a short period of time.

Not only is the new method bound to make sending and receiving payments in Bitcoin easier, but the fact that it can be done in stores, banks and postal offices, will also indirectly increase the public outreach of the coin.

Based on everything that has been outlined so far, 247Exchange and their partners will soon start playing an important role in the Cryptocurrency market, which is exactly what is needed to help the coin thrive.

Bitcoin PR Buzz has been proudly serving the PR and marketing needs of Bitcoin and digital currency tech start-ups for over 2 years.