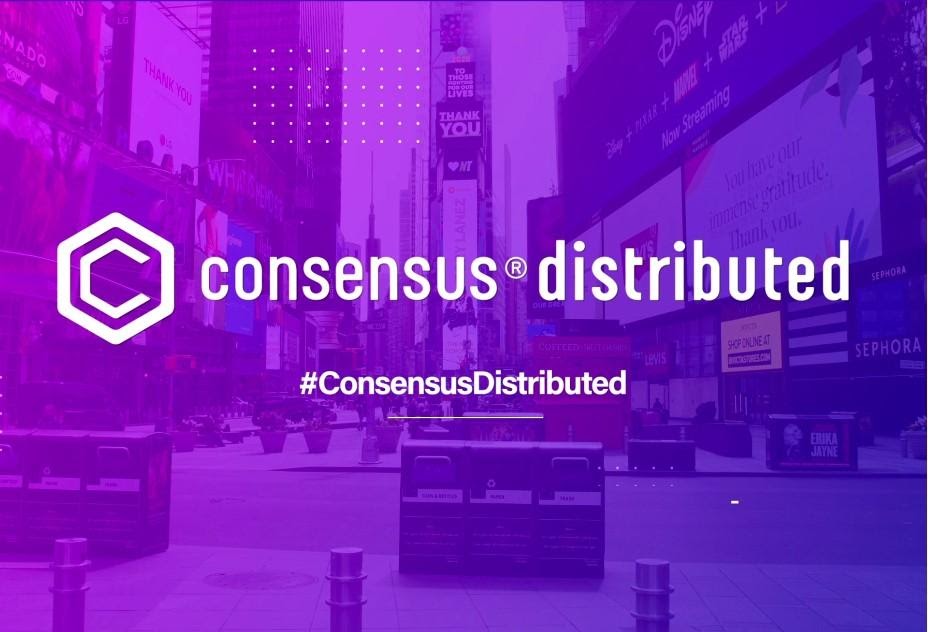 Consensus: Distributed, CoinDesk’s virtual version of their annual crypto conference, is done and dusted, but the best bits have just been made available to a housebound audience. Highlights from the May 11-15 event have started appearing on CoinDesk TV, including interviews and fireside chats from some of the industry’s leading lights and brightest minds.

With the blockchain brain trust piping in from various locations and waxing lyrical about their chosen topics, we’ve curated five contributions you don’t want to miss.

With the global financial system under increased strain, are we any closer to realizing crypto’s mainstream potential? This was the topic up for discussion on May 12, when figures from the Asian blockchain scene jumped on a call with hosts Oihyun Kim of CoinDesk Korea and Jaewon Park from crypto disclosure platform Xangle. Among the interviewees was Samuel Yun, head of international business at MiL.k, a blockchain-based reward integration platform connecting lifestyle, travel and leisure services.

“MiL.k is not about payment, but rather rewards and on-platform marketing,” Yun told the hosts. “We’ve been developing the project for almost two years, and we are excited to offer the project as a service. Our vision as a company is to bridge the technology to everyday lives.

With so many rewards and loyalty programs in existence, MiL.k seeks to maximize benefits from vendors and users by increasing the utility of rewards generated. As Yun explains in the video, “Users get to earn many types of rewards but there are restrictions like ‘you should accumulate more than a certain point to actually use them as cash, or an expiration date is coming before your rewards have value.’ So for users, even though it’s framed as another type of asset, the utility of reward points have been quite low.

“To solve these current issues, the MiL.k platform allows you to combine previously-scattered reward points, which means the utility of your rewards can get much higher. It also offers you discounts when you buy reward points with Milk Coin.”

A fascinating proposition – and given MiL.k’s partnership with South Korean travel firm Yanolja, plus a host of others in multiple sectors, MiL.k is one to watch.

The Winklevoss Twins are A-listers in the crypto world, and hosts Leigh Cuen and Zack Seward clearly enjoyed probing the billionaire brothers’ brains during CoinDesk: Distributed.

During the interview, the Gemini exchange founders discussed the recent bitcoin halving, with Tyler noting, “When the first halving happened, I think we didn’t even know it was happening, it was so long ago. The second one was a big deal. Every four years, things improve by an order of magnitude, whether it’s price, the human capital coming into the space, the projects… So I expect these four years to be the best four years yet.”

“I think the actual event tends to be a non-event, other than the celebration and the milestone” added Cameron. “And that’s really exciting. But I think a lot of the reduced sell pressure and the actual economics start to kick in and be felt generally a little after.

“Obviously this halvening has Covid in the backdrop which changes everything, and in many ways the stage for a store of value like bitcoin has been set. I think a lot of the stuff we’ve talked about in terms of bitcoin being digital gold, a safe haven and all that stuff, the talking points have been the same since we got into bitcoin about eight years ago with the first halving. But the dynamics of fiat regimes has drastically changed.”

As well as the halving, the twins discuss what it took to convince banks to invest in blockchain with Cameron noting that crypto is “bringing commercial privacy to the blockchain.” It’s a fascinating interview, so be sure to check it out.

Telegram’s TON on the Launchpad

Telegram’s decision to drop its appeal against a U.S. Federal Court’s injunction forbidding its Gram distribution sent shockwaves through the cryptosphere. Of course, CoinDesk’s video from May 12 precedes that news, but the discussion between reporter Anna Baydakova and fund manager Yakov Barinsky and attorney Philip Moustakis is interesting all the same, with the trio wondering “Are global token sales possible after TON?”

Providing you haven’t had your fill of impassioned conversations concerning Telegram’s tussle with the S.E.C., this one’s well worth a watch.

Economist Saifedean Ammous, author of best-selling book The Bitcoin Standard, sat down for a conversation with Nolan Bauerle and Bailey Reutzel that touched on many topics including Crypto Twitter – the virtual space where debates rage, ideas flourish and dissent foments.

Ammous also discussed the nature of the modern, debt-based financial system and posited that bitcoin is the future. “Why does this monetary system require central banks to keep stepping in all the time? That’s not normal, that’s not healthy. Bitcoin seems to be growing and offering us a completely different alternative way of running this monetary system.

“At a time when central banks are just finding more ways – or having to inject liquidity into their systems in order to prevent a catastrophe, and hope that they won’t need to do something like this next time, Bitcoin’s method of approaching this is just, stick to its original schedule that was specified before 2009. And we’ve seen over the last 12 years, many people have tried to change that schedule but it continues to stay as it is.”

Bitcoin in the Middle East with Meldem Demirors & Nimrod Lehavi

The number of blockchain projects in the Middle East is continually growing, with various governments leveraging the tech to streamline public services and bolster central banking security. On May 11, CoinShares founder Meltem Demirors and Simplex CEO Nimrod Lehavi  joined hosts Leigh Cuen and Zack Seward to discuss developments in this exciting emerging market, including in Israel, Turkey and Lebanon. They also discussed the effect of Covid-19 on crypto interest and acquisition. A conversation well worth listening to, particularly if you’re living in the Middle East or developing a project that will be used in the region.

TINUS Affiliate Program: OVER Launches Program to Create and Sell Dresses as NFTs in the OVER Metaverse