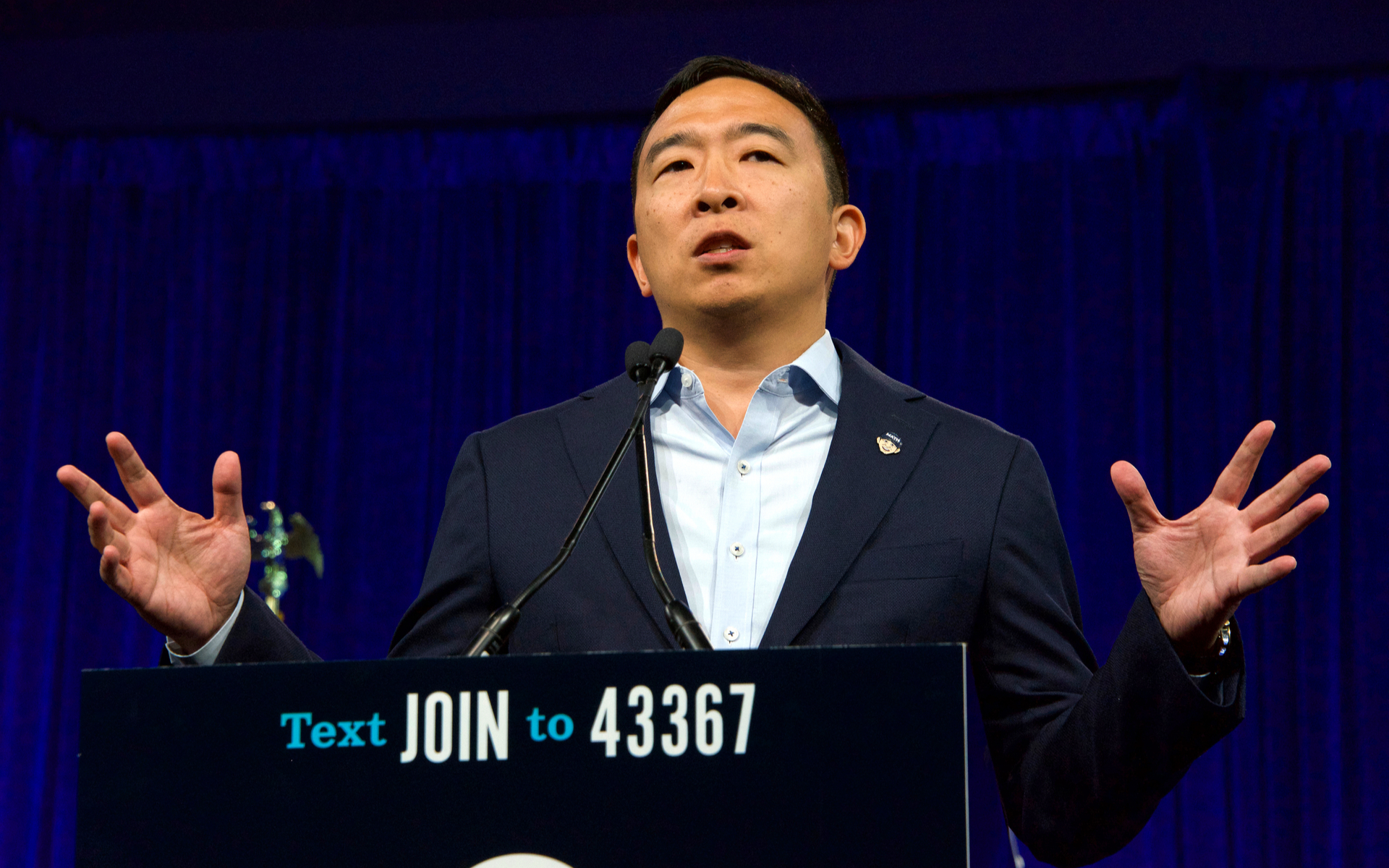 Free Bitcoin payouts could become reality under a US presidency if 2020 candidate Andrew Yang is elected, he has hinted in fresh comments.

Speaking during an interview on the Off the Pill Podcast on September 15, Yang, who is well known as a cryptocurrency supporter, shed new light on his Bitcoin plans.

One of the few hopefuls to accept cryptocurrency for his presidential campaign, Yang has also said he wants to issue a monthly salary to US residents.

Dubbed Universal Basic Income (UBI) or the Freedom Dividend, the payment of $1000 would apply to everyone, regardless of status.

Now, Yang has suggested those payouts could come in the form of Bitcoin [coin_price] rather than US dollars.

When asked whether he had considered Bitcoin as the medium for applying UBI, Yang appeared to say yes. He also reacted positively to a suggestion that Bitcoin’s divisibility into satoshis made it the ideal candidate.

“I love where you’re headed,” he replied to the interviewer.

“…That’s one reason why everyone in the cryptocurrency community loves the idea of Universal Basic Income or the Freedom Dividend.”

Yang’s comments came as sentiment remains sketchy over the attitudes to the current US administration regarding crypto.

As Bitcoinist reported, some proponents already believe that should its value increase, Bitcoin would face a ban in the US under current political conditions.

While it remains unknown how such a ban would be applied, a wider global clampdown on the freedom to use crypto is already gathering pace.

These require the sender and recipient of any transaction over $1000 to identify themselves to an exchange or any other business facilitating it. Similar to a ban, critics have argued such a measure would, in reality, be impossible to administer.

Nonetheless, last week the South Korean branch of exchange OKEx announced it was halting trading of five privacy-focused altcoins explicitly due to the FATF’s requirements.

Yang meanwhile is not the only party thinking of leveraging financial freedom in a US election. Last month, Casa CTO Jameson Lopp said he was considering running based solely on advocating Bitcoin and giving it legislative freedom.

“Thinking about running for POTUS on a single-issue platform: if elected I’ll give every citizen $1,000 in Bitcoin a month,” he wrote on Twitter echoing Yang’s UBI.

“This is doable because we’ll never run out of dollars and the economics will benefit America in the long run since we’ll end up with the most BTC.”

What do you think about Andrew Yang’s stance on Bitcoin? Let us know in the comments below!