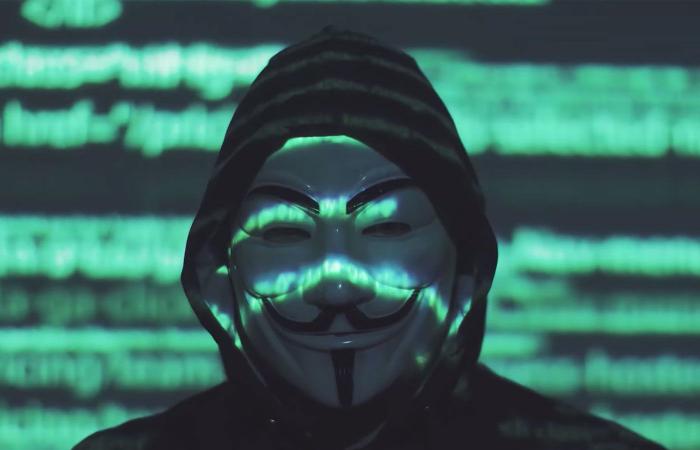 by Anifowoshe Ibrahim
in News
2

The decentralized group Anonymous has released a video in which they brand Tesla CEO Elon Musk “nothing more than another narcissistic rich dude who is desperate for attention.”

Anonymous Calls Out Elon Musk Out

Anonymous, a global decentralized activist and hacktivism collective, released a film intended against Tesla CEO Elon Musk on Friday. It’s unclear if the folks behind this video are the same Anonymous, a hacktivist organization that has been accused of launching computer attacks against many governments since 2003. The politically charged hacker group Anonymous posted a video blasting the SpaceX and Tesla CEO for “constantly trolling” cryptocurrency markets. The video begins:

“Greetings citizens of the world. This is a message from Anonymous for Elon musk.”

The video starts by explaining why Elon Musk became popular. “For the past several years you have enjoyed one of the most favorable reputations of anyone in the billionaire class because you have tapped into the desire that many of us have to live in a world with electric cars and space exploration,” the group described, adding:

But recently your carefully created public image is being exposed, and people are beginning to see you as nothing more than another narcissistic rich dude who is desperate for attention.

The video mentions that the recent tweets by Musk show a clear disregard for the average working person and that his “public temper tantrums “have liquidated the dreams of hardworking individuals.”

“Reading from the comments on your Twitter posts, it seems that the games you have played with the crypto market have destroyed lives. Millions of retail investors were really counting on their crypto gains to improve their lives,” Anonymous states in the video.

“It appears that your quest to save the world is more rooted in a superiority and savior complex than it is an actual concern for humanity,” they concluded.

The group cited an Observer piece titled “Elon Musk, Tesla are pushing factory workers to the brink as profits soar.” The article explains that “Tesla workers and worker advocates say the company is risking the health and safety of its workers in relentless pursuit of these gaudy numbers.”

In addition, Anonymous referenced a different article on The Times titled “‘Blood batteries’ fuel the fortune of Elon Musk,” stating:

It is also obvious to the young children working in your overseas lithium mines, which are destroying the local environment as well.

The group says Elon mission in Mars will kill people. “You have even prematurely crowned yourself ‘Emperor of Mars,’ a place where you will be sending people to die,” the group continued, pointing to an article titled “Elon Musk proclaims himself emperor of Mars.”

However, the group added: “you are not the only show in town, and your competition is growing more intense with each passing day. There are plenty of other companies working on space exploration and electric vehicles. You are just the only CEO who has gained a cult following through shitposting and trolling the world on social media.”

Elon Musk’s proposal to centralize and manage bitcoin mining was then discussed in the video. Tesla CEO Elon Musk revealed on Twitter on May 24 that he had met with top North American bitcoin miners. The miners have decided to form a Bitcoin Mining Council, according to Microstrategy CEO Michael Saylor, who convened the closed-door meeting.

The group then referenced an article on Bitcoin News titled “Crypto proponents become skeptical of closed-door meeting between billionaires and bitcoin miners.” However, Anonymous said:

[Elon’s] move to create a Bitcoin Mining Council was rightly seen as an attempt to centralize the industry and take it under your control.

In corroboration, Nic Carter of Castle Island Ventures also believes Elon Musk isn’t the proper person to lead the “clean Bitcoin” discussion, “at least not in the eyes of the Bitcoin community.” He told Bloomberg “Bitcoiners are still extremely distrustful of Musk, and they see him as conflicted, given that his business includes the sale of offsets.”

“You may think you are the smartest person in the room, but now you have met your match. We are Anonymous! We are legion. Expect us,” anonymous said.

Musk did not address the thinly veiled threat directly, but about 20 minutes after the group’s post, Musk tweeted: “Don’t kill what you hate, Save what you love.”

Don’t kill what you hate,
Save what you love