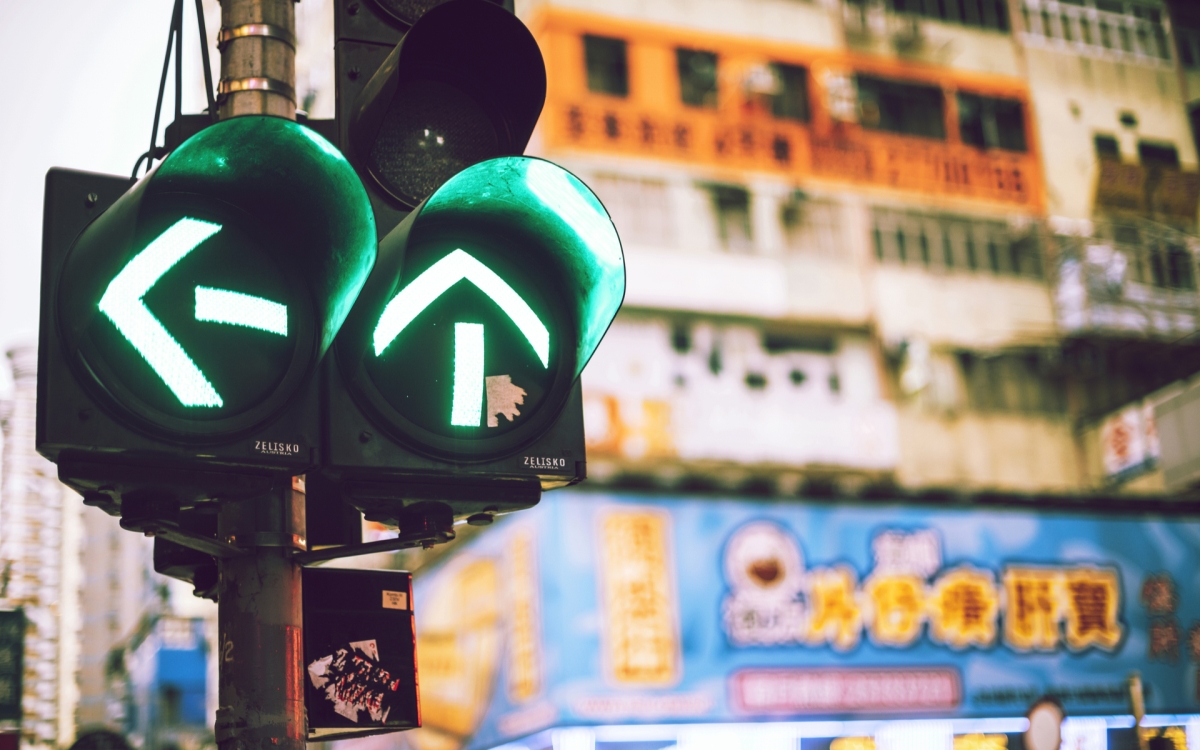 The Big Three Chinese exchanges have finally resumed Bitcoin withdrawals as trading volume appears to be coming back, pushing BTC price back above $2,400.

Bitcoin withdrawals were expected to be unfrozen since March, however, several delays took place, pushing the end of the moratorium to June, as previously reported. Now, the biggest exchanges in China by trading volume, OKCoin, BTCC and Huobi have unfrozen cryptocurrency withdrawals, which were paused as a consequence of the inspections carried out by the People’s Bank of China (PBoC).

While neither OKCoin nor BTCC have made an official announcement yet, online news service cnLedgerconfirmed that cryptocurrency withdrawals are already active on OKCoin. The daily limits vary, however, wit “based on vip level, starting from 10BTC/200LTC/1000ETH daily” and on Huobi with a 50 BTC daily limit. BTCC has also confirmed the news via its customer support.

Now, as withdrawals are reopened and new altcoins are being added to the big three CNY exchanges, the cryptocurrency landscape could change once more, pushing China towards the top once more in terms of volume and driver of price.

The ban on cryptocurrency withdrawals has been going on for several months now, and it has transformed the Bitcoin trading space. As a consequence of the moratorium on cryptocurrency withdrawals and the creation of strict KYC policies, traders in the country were forced to look for alternative solutions with a peer-to-peer structure that could bypass the restrictions applied by the PBoC.

Among these solutions were p2p exchanges like LocalBitcoins and Bitkan, the latter of which saw its user base grow at an unprecedented rate, acquiring roughly 150 thousand new users per month.

While Chinese exchanges used to represent over 90% of Bitcoin’s trading volume, this changed completely with the intervention of the PBoC which led to the end of margin trading and zero-fee policies and to the temporary halt on withdrawals.

All of these changes contributed to China’s trading volume reduction, which saw its market share fall to 3-5% of the global trading volume.

Today, however, the CNY is already showing signs of strength as the 2nd most exchanged pair in the BTC market with over 21% of the global trading volume share.

Not only is this latest development from Chinese exchanges boosted CNY volumes in the Bitcoin market, it has also revived demand for the cryptocurrency in the country. Since users could only withdraw fiat and not Bitcoin, many users were forced to sell BTC for CNY in order to get the funds out of these exchanges, which are still being investigated by the PBoC.

This lack of demand has caused Bitcoin to trade with a discount in China when compared to the USD, a problem that did not affect p2p platforms like BitKan.

However, as exchanges reactivate withdrawals this discount is already turning into a premium, a development that has pushed Bitcoin back to the $2,400 mark. The discount/premium prices can be seen in the image below. 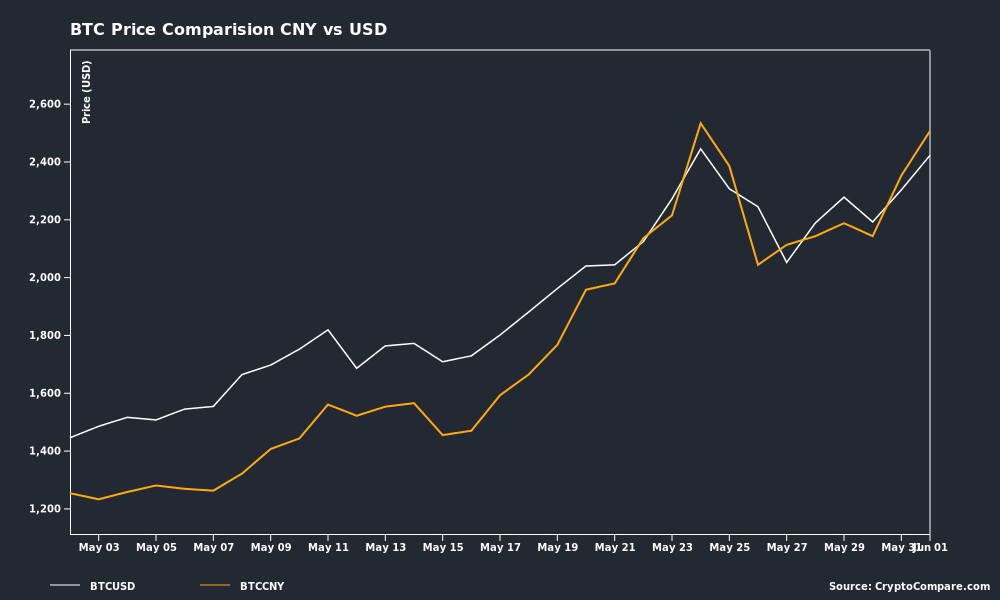 Currently, Bitcoin is trading at a slight 2.4% premium in CNY. This can also be observed in other Asian countries like Japan and South Korea, where the demand for Bitcoin has caused it to trade at a higher price and as high as 44% in the KRW.

Can the reintegration of cryptocurrency withdrawals in China push the price to new heights?  Let us know what you think below!