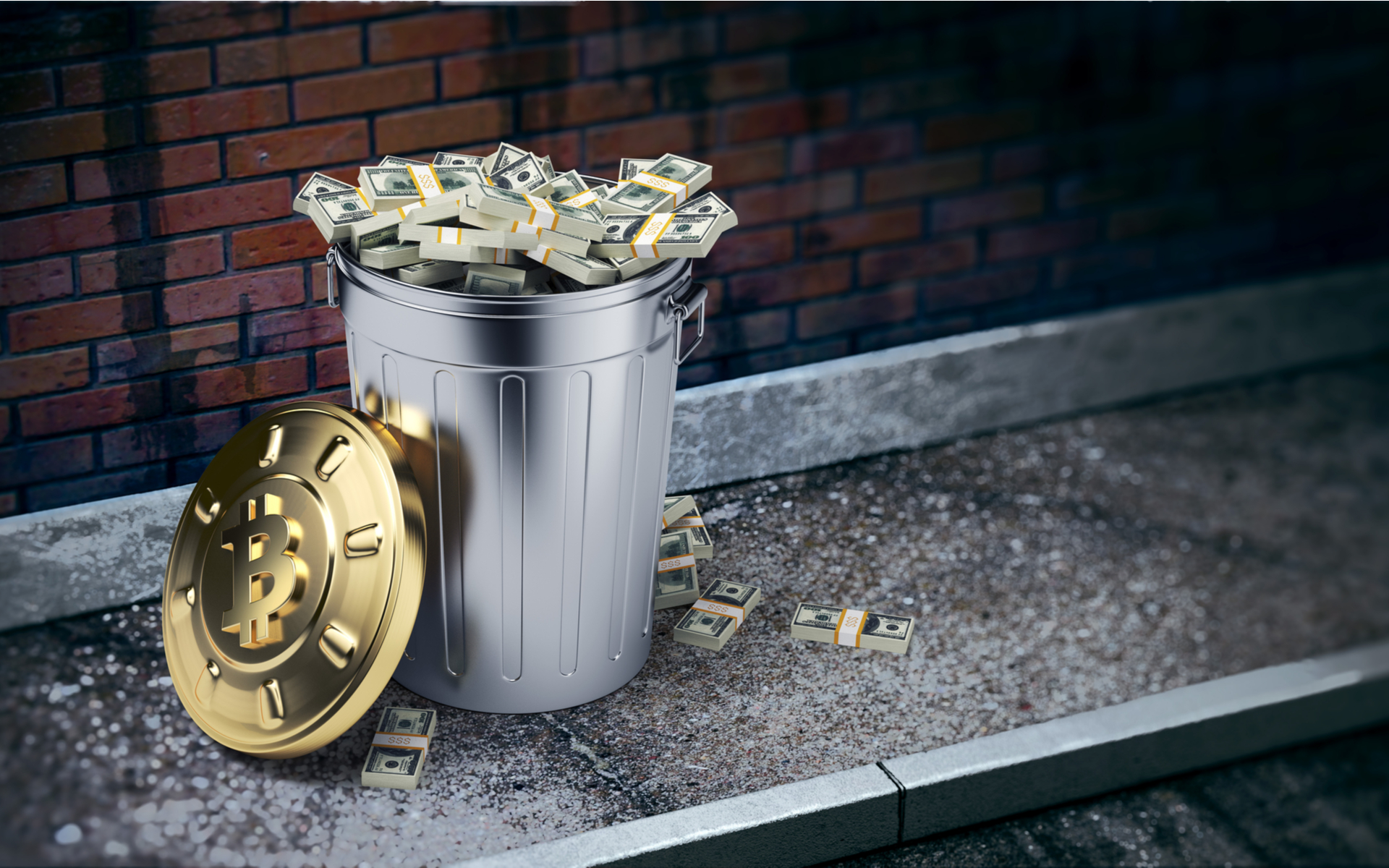 Global negative-yielding debt is now over $17 trillion, making investors extremely nervous. And it is forcing them to focus on non-traditional assets, like bitcoin.

Investing in Debt and Holding it to Maturity Guarantees a Loss

Investors are becoming increasingly fearful as they see that the soaring negative-yielding debt is altering the global economy. According to Bloomberg,

“The global stock of negative-yielding debt is now in excess of $17 trillion as rising market volatility lends extra force to this year’s unprecedented bond rally.”

Although not always, inverted yield curves predict recessions. However, since 1955, every time a U.S. recession has occurred, the yield curve has inverted.

Global uncertainties, aggravated by the escalation of the Chinese-U.S. trade war, are severely impacting investors’ confidence in the world economy future. Investments that are usually considered low risk are no longer so. As Forbes points out,

“Thirty percent of all investment-grade securities now bear sub-zero yields, meaning that investors who acquire the debt and hold it to maturity are guaranteed to make a loss.”

So, as the economy weakens, some observers predict that investors will start turning their attention to less traditional assets, such as Bitcoin.

“This Is an Exciting Time for Bitcoin”

Contrary to stocks, bonds, and other financial assets, Bitcoin remains robust and healthy. In effect, interest in investing in Bitcoin-related financial instruments continues to gain momentum.

Due to investors’ interest, other financial institutions, such as TD Ameritrade are also facilitating Bitcoin futures and developing new products.

Besides, new companies continue to enter the crypto market. As Bitcoinist reported earlier, the New York Department of Financial Services (NYDFS) is providing a license that would allow Bakkt to operate as a Limited Liability Company (LLC). As a result, Bakkt could also start trading physically-settled Bitcoin futures soon.

With hashrate continuing to hit ATHs I have looked closer at the miner economic model with back-of-envelope checks.

Can you believe that Bitcoin has settled $7 Trillion in value over its lifetime! pic.twitter.com/GejlVK16JF

Another indicator of Bitcoin’s robustness is its record-high network hash rate. Moreover, companies such as Bitmain are stepping up their investments in technology to increase computer capacity. Bitmain expects to boost total network power by about 50 percent in the next few months.

Most importantly, Bitcoin’s future looks brighter as a micropayment system. Thanks to new technologies, one of its main handicaps, high transactions fees, has become something of the past. In this connection, in July 2019, Blockstream announced the v0.7.1 release of C-lightning that promises to make Bitcoin lightning network transactions cheaper, faster, and safer, while reducing bandwidth consumption.

Do you think skyrocketing negative-yielding debt will impact Bitcoin price? Let us know in the comments below.