Most people consider both gold currency and Bitcoin to be deflationary currencies, given their fixed supplies. In the long run, this assumption mostly is true; once all the gold and Bitcoin has been mined, their supplies cannot be expanded to keep track with demand. As a result, prices will gradually fall as the fixed supplies of the two currencies become more valuable. However, during the short run, both currencies are capable of growing in supply far beyond their demand. Gold currency is not as prone to such supply surpluses, though, as gold can be funneled into industry when the supply exceeds its monetary demand. Bitcoin has no industrial use, so the market just has to wait out periods of inflation. 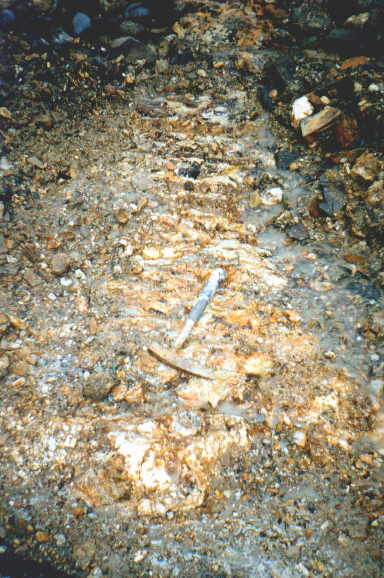 Gold miners increase the supply of gold in an economy by selling it to gold purchasers. Since gold can be used both for currency and in industry, there are two different avenues miners can choose when selling their products. Furthermore, since the firm is selling its gold for a profit, it naturally wants to get the highest price possible. Therefore, gold will flow into the sector of the economy that displays the highest demand (through market prices). Thus, if the profitability of selling gold to industry rises above that obtained from monetary buyers, the market signals that it is satisfied with the current supply of currency. On the other hand, if prices for industrial gold fall, or if prices for monetary gold rise, the market is signalling that it needs an increase in the supply of currency in order to maintain the present purchasing power. Consequently, gold will flow away from industry and into the monetary sector, eventually bringing about a rise in the currency supply. Therefore, gold currency has somewhat of a decentralized “monetary policy,” in which the supply of the currency shifts up and down in response to changes in demand. These fluctuations will theoretically keep a gold currency’s purchasing power from undergoing wild swings; although increases in industrial productivity will tend to lower prices and give gold currency purchasing powers a steady upward trajectory. This type of “monetary policy” can regulate the supply of gold currency long after all the gold has been mined. Market prices continuously cycle the fixed supply of gold between industry and finance.

The currency tokens that power the Bitcoin network only have one potential use: to serve as a medium of exchange. Bitcoins have no industrial use, they cannot be melted down and used as a component in capital or consumer goods. When new bitcoins are created, then, they cannot go anywhere regardless of the current demand for bitcoins. This characteristic contributed to the downtrend of 2014, which was a correction from an artificial bubble created by the now-defunct Mt. Gox bitcoin exchange. After the artificial Gox demand had been wiped out, bitcoin’s purchasing power began falling. The decline was undoubtedly exacerbated by the constant creation of new coins in the absence of an industrial demand.

The bitcoin mining system ensures that there will always be a constant increase in the bitcoin supply until all of the coins have been mined. Even if demand for bitcoin falls, miners will continue to pump out new coins. With gold, miners deal with falling demand by selling larger portions of their products to industry or by decreasing output. Neither of these things are possible with bitcoin; the actual tokens have no industrial use, and a dynamic block reward would require major overhauls to the Bitcoin protocol that would likely be unpopular. Thus, the bitcoin supply will constantly increase at a steady rate until all the coins have been mined, regardless of demand. Even after the supply has been completely mined, the lack of industrial use leaves no avenue for coins to flow into when demand falls below the supply. 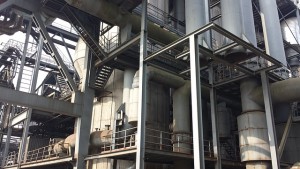 Bitcoin is not at a complete disadvantage when it comes to short-run inflation, however. The Bitcoin protocol has block reward halvenings, where the amount of bitcoins gained from successfully hashing a block is cut in half. This feature keeps bitcoin’s short term inflation restrained, as the rate of growth is periodically decreased.

Furthermore, industry is not the only way for undesirable excesses of currency to exit the money supply. If people decide that they wish to decrease the amount of money in their cash balances, they can simply invest it into interest-bearing accounts, which will make the money unavailable for a certain period of time. People can put their excess currency into bank CDs, bonds, trust funds, stocks, mutual funds, and any other of the myriad financial instruments that remove money from circulation. Thus, the finance industry, combined with block reward halvenings, can keep a lid on Bitcoin’s constant supply increases, even though it may not be as optimal as a physical currency with an industrial use.

Thus, gold definitely has an advantage over Bitcoin with its decentralized “monetary policy,” although that advantage is not overwhelming. Regardless, as mentioned earlier, inflation is mostly a short-run threat to both gold currencies and Bitcoin. Demand may fall below supply after all the gold or Bitcoin has been mined. However, historically, a growing capital structure (leading to increased industrial productivity) has ensured that real wages continuously rise — thereby creating deflation. Undoubtedly, the same would be true in a Bitcoin economy.