Trust is a component in both gold currency and Bitcoin, although working in two fundamentally different ways. With gold, trust is almost always required, be it in mining, minting, or banking. On the other hand, with Bitcoin, mandatory trust only enters the equation with a centralized mining network. All other trust requirements with Bitcoin occur when an individual voluntarily gives a company or other person control over his or her coins.

Also read: Is Bitcoin Better Than Gold? Part One: Transaction Costs and Centralization 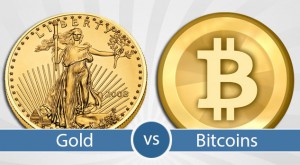 However, contrary to popular belief, Bitcoin’s trustless nature does not necessarily make it a winner over gold when it comes to trust. If Bitcoin mining does become centralized and forced trust enters the playing field, it will be a huge blow to the entire Bitcoin network. Alternatively, any trust-related problems facing gold can potentially be solved through entrepreneurial innovation and government intervention that help make information more symmetric.

Gold currency users have to trust the miners that create the gold supply, the mint that turns raw gold into coins, and the banks that store and manage deposits. Any miner, mint, or bank can take advantage of this trust and profit at the expense of their customers. A mine might paint a plain rock gold and sell it to an unwitting mint; a mint might cut the gold content of a coin without telling the public, keeping the remainder for itself; and a bank might use customer deposits for its own benefit without telling its patrons.

Of course, people will eventually find out that these institutions have been taking advantage of their uninformed trust — which will place the firms in a perilous situation. When a mint realizes that it has bought fake gold that cannot be crafted into coins, it will stop buying from the offending miner. If a private mint cuts the gold content of its coins without telling its customers, people will stop buying from that particular mint. In the case of a public mint illegally cutting gold content, the government will launch an investigation against the mint administrators. If bank patrons find out that the bank has been using their deposits without telling them, the patrons will withdraw their money and refuse to do business with the bank. 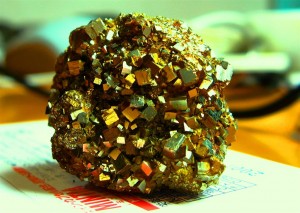 Pyrite, also known as fool’s gold, has been used throughout history to defraud unwitting gold buyers.

In the aftermath of these situations, in which the firms receive huge economic blows, the market steps in and provides solutions to the asymmetric information that allowed the firms to breach their customers’ trust. Independent business review agencies rate companies based on their integrity, honesty, and the quality of their goods and services. Third-party, consumer review services and applications allow customers to communicate their businesses experiences to other potential customers. With these third-party services, people can warn each other about fraudulent gold miners, shady mints, and dishonest bankers. As a result, information becomes more symmetric, buyers know more about the product they will get from a certain seller. Alternatively, government might step in and enact legislation requiring businesses to meet certain standards. By being forced to produce a product a certain way, companies have no room to lie about what their customers are buying, thereby bringing information into symmetry.

With information now more symmetric, firms have less opportunities to exploit their customers’ trust. If a firm knows that a review agency will give it a poor rating, or if its customers will give it a bad review, it is much more likely to provide a better product. Essentially, businesses become more trustworthy in order to avoid losing revenue. In the case of government intervention, businesses are unable to lie about their products because doing so will result in legal punishment.

In this sense, trust is not an issue with gold currency. There will be institutions that take advantage of their customers’ trust, but the market will tend to weed out such actors through innovation and regulation that help consumers become better informed.

This isn’t to say that the market-government solution to gold’s trust problem is perfect, however. In the market, information lags can create a significant period of time before consumers realize that firms are being dishonest. During this time, firms are able to betray consumer trust without consequence. Furthermore, government intervention is rarely efficient. Legislation often has unintended consequences that are worse than the problems the law was meant to solve. Governments are also prone to regulatory capture, where special interests influence legislation in their favor. Regulatory capture, then, often creates scenarios where government intervention exacerbates information asymmetry instead of correcting the discrepancy

With Bitcoin, the trust problem doesn’t have such an easy fix. As mentioned above, mandatory trust arises in Bitcoin when mining becomes centralized. If a mining firm gains the majority of the network’s hashing power, it is responsible for confirming the majority of all transactions that take place on the network. This responsibility makes the centralized firm very powerful, for it gives the firm the ability to double spend or deny the confirmation of transactions at will. Therefore, under a centralized Bitcoin mining network, users have to trust that the miner will not double spend, and will confirm transactions impartially. This trust requirement puts Bitcoin in jeopardy, since the digital currency was created with the intention of being completely trustless, where individuals have full control over their money. Furthermore, this trust problem is not an issue of information asymmetry, and cannot be resolved through the same market process that fixes gold’s trust problem. With mining centralization, information can be perfectly symmetric and trust can still be betrayed. This is due to the fact that people cannot choose which miners confirm their transactions; once a person sends a payment, the miner confirmation is first-come-first-served. Thus, a person can be fully aware that a miner will violate his or her trust, but has no way of avoiding that particular firm.

Since individuals cannot choose the miners that confirm their transactions, the trust issue with Bitcoin is rather black or white. Bitcoin either does or does not require trust. Thus, if the people using Bitcoin desire it to be a trustless currency, they must abandon it when the majority of the mining network becomes centralized. Therefore, trust only becomes a non-issue with Bitcoin if its user-base decides that having a trustless currency is unimportant. 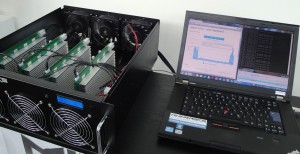 Since Bitcoin’s trust problem derives from mining centralization, it follows that the best way to solve the trust problem is to eliminate mining centralization. Many solutions for this issue have been proposed so far. In recent months, a fairly popular proposal has been to keep the maximum block size limit at 1 MB, rather than raising it, like many Core developers have suggested. This argument comes from a belief that increasing miner fees will somehow make large miners magically disappear, which is a totally untenable notion. The real source of mining centralization are the economies of scale that miners enjoy when they face high mining costs. Therefore, the best solution will be something that decreases the cost of mining. The obvious fix would be for mining hardware companies to develop energy efficient rigs that can keep up with difficulty increases without consuming massive amounts of electricity. However, there is a myriad of possible ways the market can decrease mining costs.

In terms of trust, there may be no clear winner between gold currency and Bitcoin. Both currencies rely on trust in some capacity, each case having its major flaws and potential solutions. Choosing a winner in this category ultimately depends on what individuals want out of their currency of choice. Will people prefer a currency that solves its trust problem through market mechanisms that bring information into symmetry, or will people want a currency that solves its trust problem through eliminating the economies of scale in the mining sector?