This article is the second part of our coverage of Bitcoin Conference St. Petersburg, Russia. In the last article, we gave a general overview of the conference as well as a summary of the lecture given by Alex Fork, the first speaker of the conference. In this article, we will summarize the speech of Michael Chobanian, the founder of the Kuna Bitcoin Agency.

Michael Chobanian is the founder of the Kuna Bitcoin Agency, a Bitcoin advocacy group located in Ukraine. Kuna refers to itself as the first “ Bitcoin agency in Eastern Europe to trade bitcoin.” The organization offers a trading service to Ukraine, where individuals can buy and sell Bitcoin. The Kuna Bitcoin Agency also founded the Bitcoin Embassy Ukraine in September of 2014. The Embassy is located in Kiev, Ukraine, and aims to grow the Bitcoin community in Ukraine and serve as a forum for Bitcoin users in Eastern Europe.

Given the negative reputation earned by the Bitcoin Foundation in 2014, the public image of similar Bitcoin organizations has deteriorated as well. 2014 was not a very positive year for the Foundation’s reputation, considering their support for highly unpopular and restrictive Bitcoin regulation — particularly the New York BitLicense. Thus, the efficacy of Bitcoin advocacy organizations in general has come into question in recent months; if these groups will not represent the views of the majority of the Bitcoin community, then what purpose is there in supporting their existence at all? In fact, skepticism towards Bitcoin advocacy organizations has grown so strong that Cody Wilson — known for creating a 3D printable gun — has decided to run for a board seat in the Foundation, with the sole intent of shutting the Foundation down.

Chobanian does not agree with this skepticism, and used his lecture time to argue in favor of Bitcoin advocacy groups.

Bitcoin Organizations, such as the Bitcoin Foundation, Provide Valuable Services to the Bitcoin Community 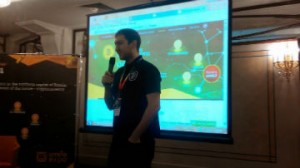 Chobanian began with a story from a recent banking conference he attended, during which he highlighted the perilous nature of the banking and financial system. He was met by outrage and anger from the bankers when he asked the rhetorical question, “Do you smell the rot?” Chobanian was pointing out to the bankers at the conference that the current banking system was in trouble, and would collapse at some point in the future.

The speaker then went on to talk about the importance of Bitcoin organizations, such as his own Kuna Bitcoin Agency, in spreading awareness and use of Bitcoin during a period that he perceives as the stages preceding a global banking collapse.

According to Chobanian, Bitcoin organizations provide very valuable services to the Bitcoin community, despite their tarnished reputation. Chobanian then focused on the efforts of the Bitcoin Foundation of Ukraine and his own Bitcoin Embassy Ukraine — the first Bitcoin Embassy in the Commonwealth of Independent States. These two organizations have spread education about Bitcoin in places where people would not know about the digital currency otherwise. This education may be especially important in Eastern Europe in the future, as the Russian economy declines and people look to alternative currencies. 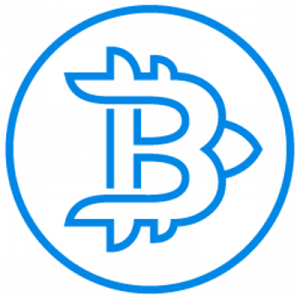 Bitcoin organizations also provide access to Bitcoin, said Chobanian, which is hard to come by in Eastern Europe. The Kuna Bitcoin Agency founder said that it was becoming commonplace for grandparents to regularly visit the Embassy and buy Bitcoin for their grandchildren. Government employees have been regularly purchasing the digital currency at the Embassy as well, indicating that very influential people are becoming interested in the idea of crypto-currency and all of its potential for the future.

Additionally, the location of the Embassy itself makes Bitcoin visible to the public. This fact remains true regardless of the efficacy of Bitcoin Embassy Ukraine; people don’t even have to go inside the building to be exposed to this potentially revolutionary digital currency.

The lecture was not purely optimistic, however. Chobanian said that, although he believes in the efficacy of Bitcoin organizations, it is too early to tell if his own Bitcoin Embassy will be a success or failure. He then noted that, above all, the Bitcoin community should focus on developing and improving Bitcoin’s infrastructure, regardless of the organizational form the development effort takes.

Michael Chobanian wrapped up his lecture with a note on the growth of the Bitcoin economy in Ukraine. He cited three important developments in the Ukrainian Bitcoin economy: at least 30 shops in Kiev have started accepting Bitcoin, a Bitcoin mining farm has opened in Rivne, and a crypto-currency trading company that employs 20 people has established itself in Rivne as well.

Finally, Michael left the Bitcoin Conference St. Petersburg attendees with reassurance; he said that Bitcoin is indeed the future of currency, and that we should invest in it now.

What do you think about Michael Chobanian’s opinions of Bitcoin organizations, such as the Bitcoin Foundation? Let us know in the comments below!