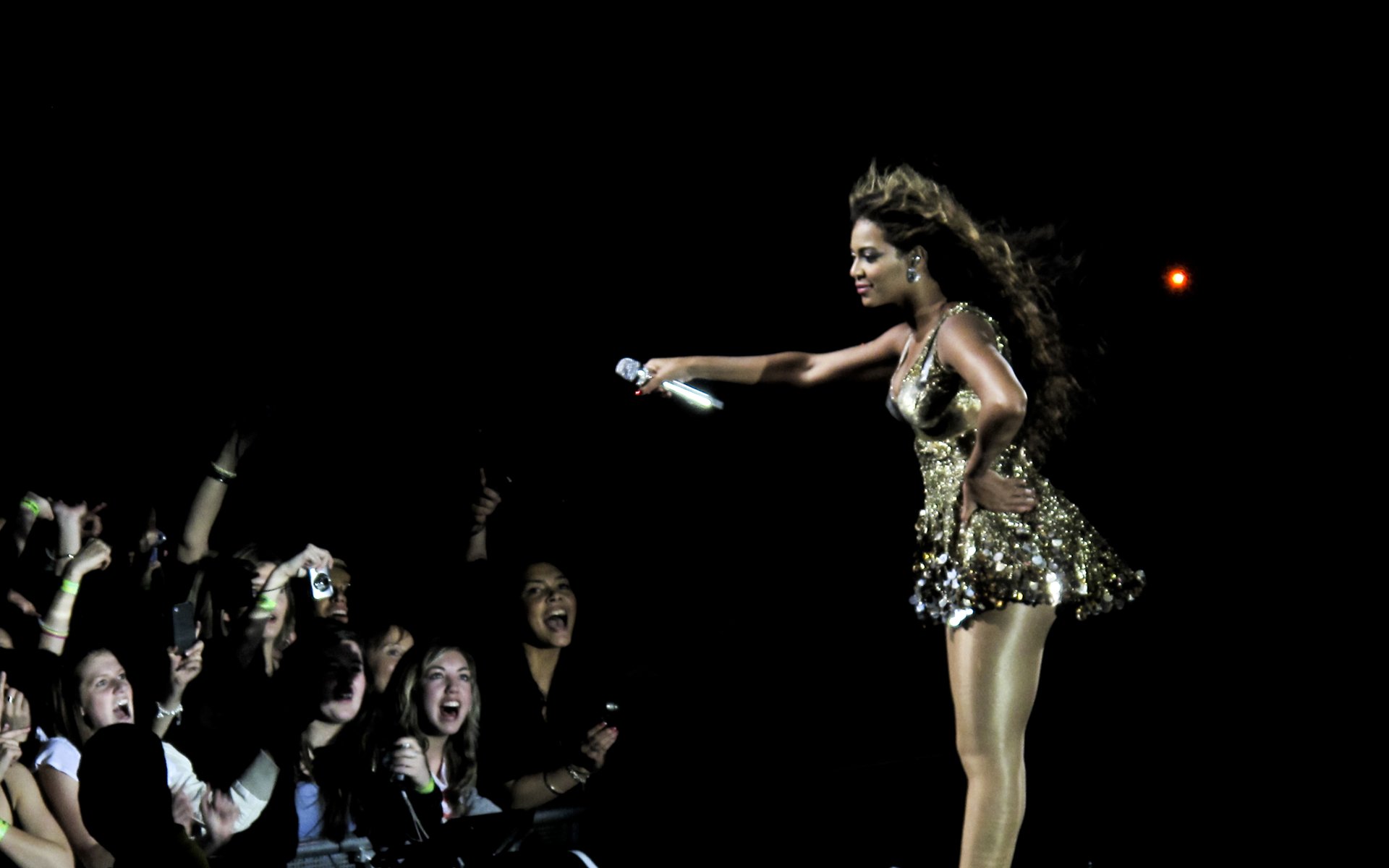 Bitcoin Down in Google Searches But Still Bigger Than Beyonce

Google searches for ‘Bitcoin’ have dropped by 75% this year in direct correlation with the price, though people are still searching for the world’s top cryptocurrency than ‘Beyonce’ and ‘blockchain.’

According to Nicholas Colas, co-founder of DataTrek Research, the drop in searches is a bad sign for prices.

“We use Google Trends to track search queries for ‘Bitcoin’ as a proxy for potential new buyers,” Colas said in an email to clients Monday. “Bitcoin needs a new narrative in order to reestablish global attention.” 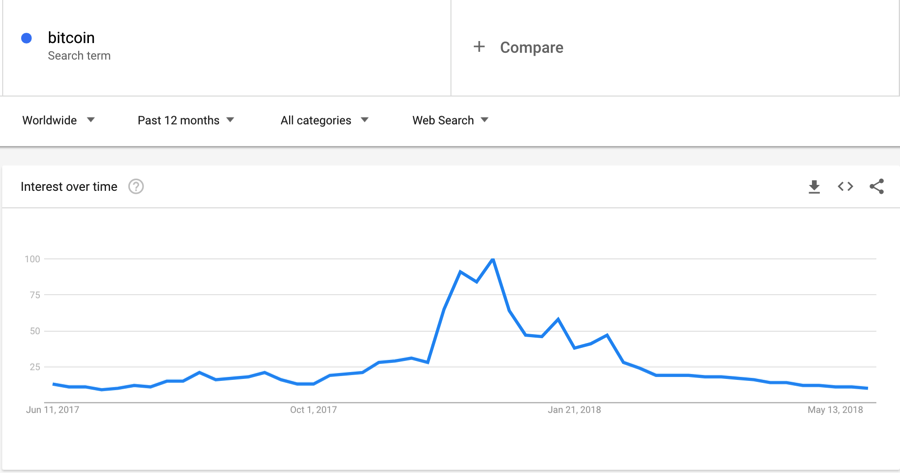 (Graph numbers represent search interest relative to the highest point on the chart for the given region and time. A value of 100 is the peak popularity for the term. A value of 50 means that the term is half as popular. A score of 0 means there was not enough data for this term). 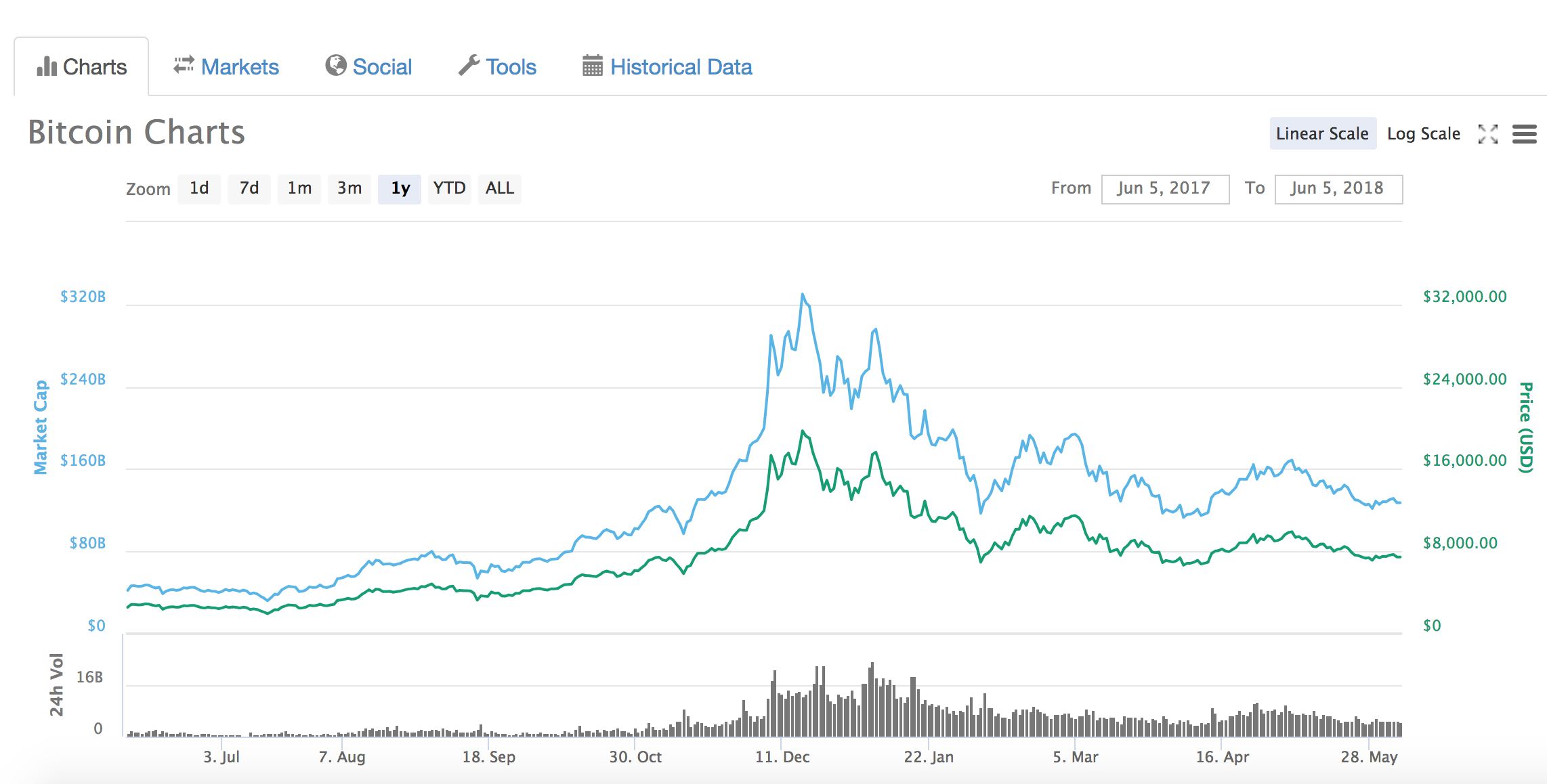 Colas adds that growth in new cryptocurrency wallets have only increased by 3.7% this year, as opposed to 7.6% during the last quarter of 2017.

When it comes down to it, mainstream media sources like to cast doubt on Bitcoin despite the natural tendency for searches to correlate with price. Though this is certainly a “chicken or the egg” argument.

Regardless, Bitcoin is still the king of cryptocurrencies and is even proving to be a top contender when it comes to pop culture.

In the past month, searches for ‘Bitcoin’ have been greater than ‘Beyonce’, and are only a few points below ‘Trump’, who is arguably the most recognizable person in the world today.

When we incorporate a few more popular search terms, we see that Bitcoin is more popular than Taylor Swift and even Kim Kardashian.

Most notably, it even surpasses the World Cup for most of the year. 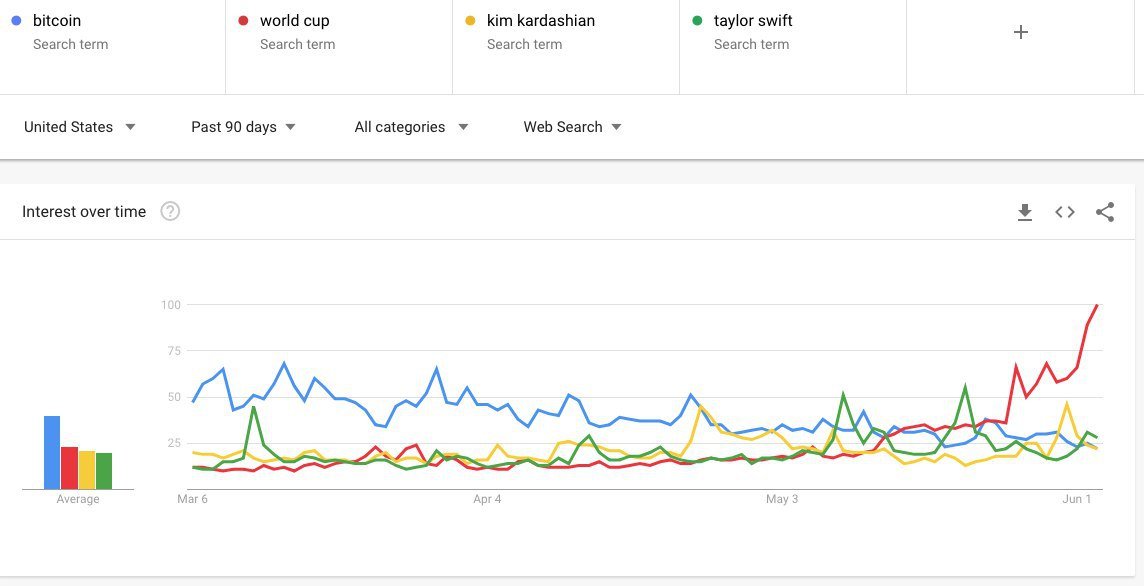 So despite all the fear, uncertainty and doubt being spread about waning interest in Bitcoin, the data clearly indicates that the world’s most popular cryptocurrency does not need a new narrative, and actually has captured global attention.

In fact, it was the second most popular Google search term in 2017.

Although the 2018 search data indicates a waning interest in Bitcoin for the time being, it also isn’t the first time searches have dropped or that the crypto market isn’t growing.

Over $9b has been raised from initial coin offerings this year, which is $5b more than all of last year. Meanwhile, new Bitcoin-based financial instruments with growing interest from traditional finance and Wall Street have been in the headlines all year.

So despite the current downtrend in Bitcoin searches , cryptocurrencies are definitely not going away anytime soon.

Why do you think Bitcoin searches are down? Share your thoughts in the comments section below!