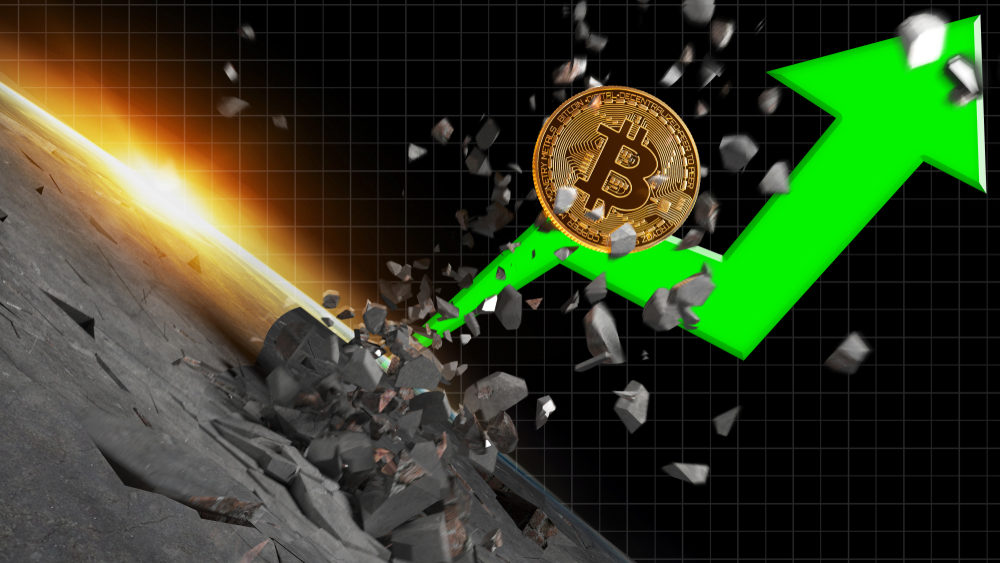 Data from Blockchain.com shows that the Bitcoin network hash rate – the computing power required for securing the network – topped 62 quintillion hashes per second (62 million tera hashes per second – TH/s) this past Friday. 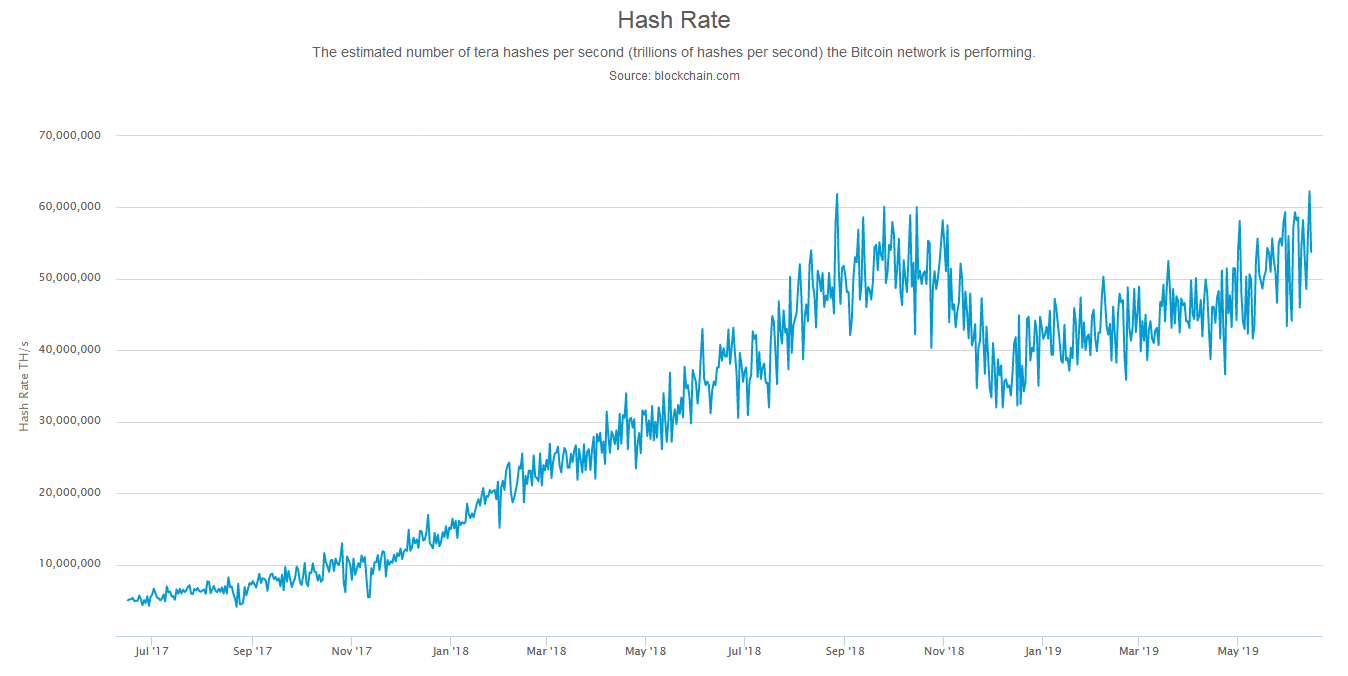 This figure represents the highest ever hash rate value recorded on the network with the previous record being 61.9 million TH/s achieved in late August 2018.

The network achieving a new hash rate ATH is in keeping with the trend observed at the start of 2019, with the figures steadily increasing over every 7-day average period.

More mining nodes are active on the network creating greater security by reducing the possibility of malicious attacks on the blockchain. The 51% attack on Bitcoin Cash put in stark relief, the dangers of low hash rate figures in a blockchain network.

Reaching a new hash rate ATH also likely delivers a final blow to any talk of mining capitulation that emerged when the hash rate fell by more than 45% in December.

The network hash rate is but one of many core fundamentals that are currently enjoying positive growth trends. Bitcoin’s active daily addresses are back above 1 million.

The increased daily doesn’t seem to have materially impacted transactions fees as the mean transaction charge is somewhere around $1.33. Using wallets with robust fee calculation figures even provide much lower fees.

While the network hash rate was setting a new ATH, the spot price for Bitcoin went on another assault at the $9,000 price level. Bitcoin did temporarily cross $9,300 setting a new 1-year high for the top-ranked cryptocurrency.

Bitcoin is currently before off price-wise than it was at its previous hash rate ATH when BTC was trading at $6,700. In all, Bitcoin is up by almost 150 percent since the start of 2019 and has now added more than doubled its market price since the beginning of April alone.

What is your end of year Bitcoin price forecast given the current positive trajectory of the network fundamentals? Let us know in the comments below.