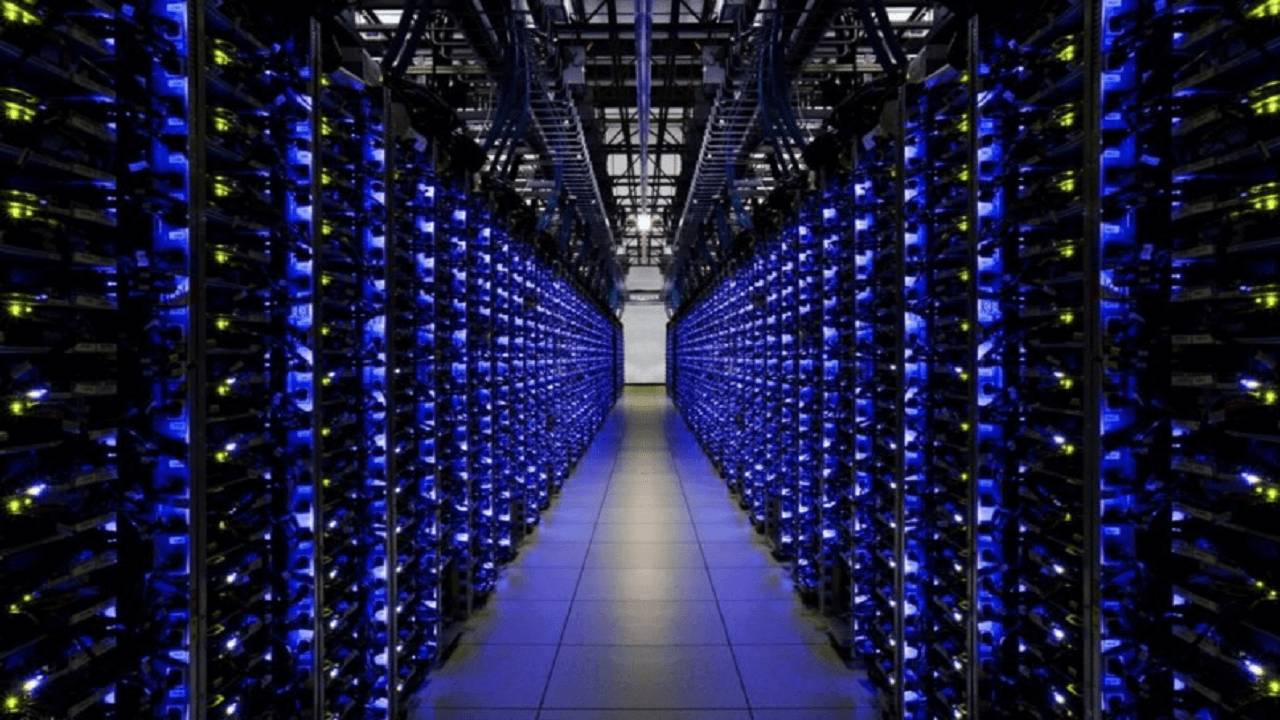 Bitcoin mining profitability had been on the rise in recent months, closely following the movement of the price of BTC. This has continued on into the end of the year, however, December has not come with good tidings. This is because bitcoin mining profitability had taken a significant nosedive this month that has driven it down towards June levels after an incredibly profitable fall period.

Looking At Profitability For Mining Machines

For a miner to mine bitcoin successfully and realize a profit these days, they have to invest in some heavy-duty machines that will help them do so. Gone are the days when bitcoin miners could use their old computers to mine BTC using CPU mining and still realize a hefty number of bitcoins from each block. Nowadays, miners like the Antminer S9 and S19 are the hardware requirements for miners.

The profitability across these machines can be tracked and a recent report from Arcane Research does this. Some of these machines demand more energy than others, hence being a higher electricity cost for the miner – the S9 is one of those. The cost of electricity remains a factor in how much profit a miner is making and in this regard, the S19 is the better choice as it requires less power for the same amount of bitcoin mined. 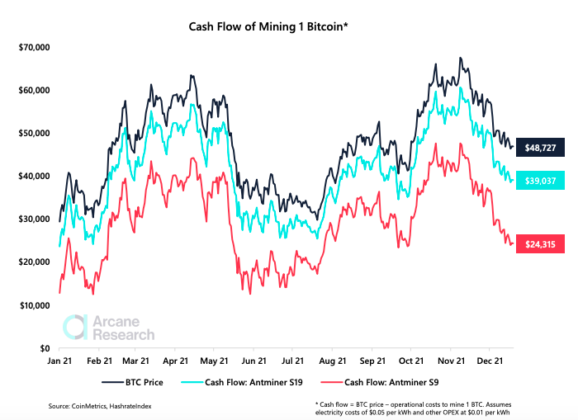 The report shows that cash flows across both of these miners have dropped significantly since autumn but one has recorded a higher drop than the other. Going from November 9th, the S9s have seen a 50% drop in cash flow, while the S19 has recorded a 36% drop. This shows that these less efficient models are more susceptible to dips in BTC and electricity prices, as in the case of the S9.

Bitcoin mining profitability had no doubt hit its peak for the year in November. It has since dropped from that point but that does not mean miners are making a loss. If anything, bitcoin mining remains a highly profitable venture.

For the mining machines analyzed above, cash flows margins for both still remain high. The S9 continues to see margins of 52% and the S19 sees margins of 83%. The cash flow margins have been especially good for the year 2021 given the growth of BTC’s price which has outpaced the growth of the hash rate. Although it is expected that profitability will continue to decline as the hash rate grows over the next few months.

Publicly listed mining companies have however felt the impact of the profitability decline. Marathon and Riot Blockchain are both down 56% and 43% respectively since the decline began. Compared to this, the price of bitcoin is down 32% in the same time period, suggesting that mining companies remain more volatile than the price of BTC itself.