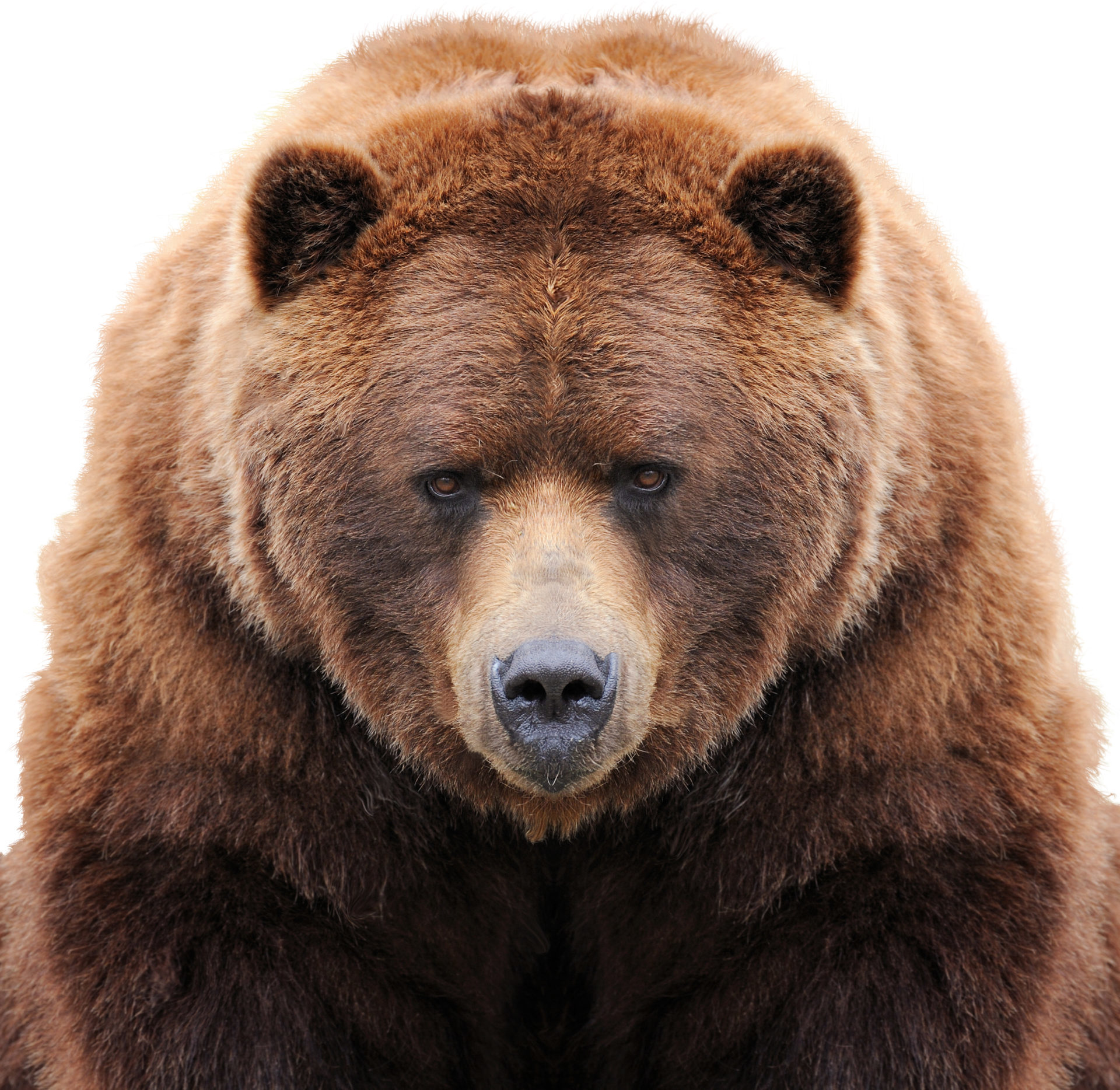 Bitcoin Price Analysis: Bears Take the Bull by the Horns

Bitcoin’s bullish reversal appears to be in peril as bears unexpectedly rocked up and grabbed the bull by the horns. Is today’s pullback caused by current events or are fundamentals impacting Bitcoin price? 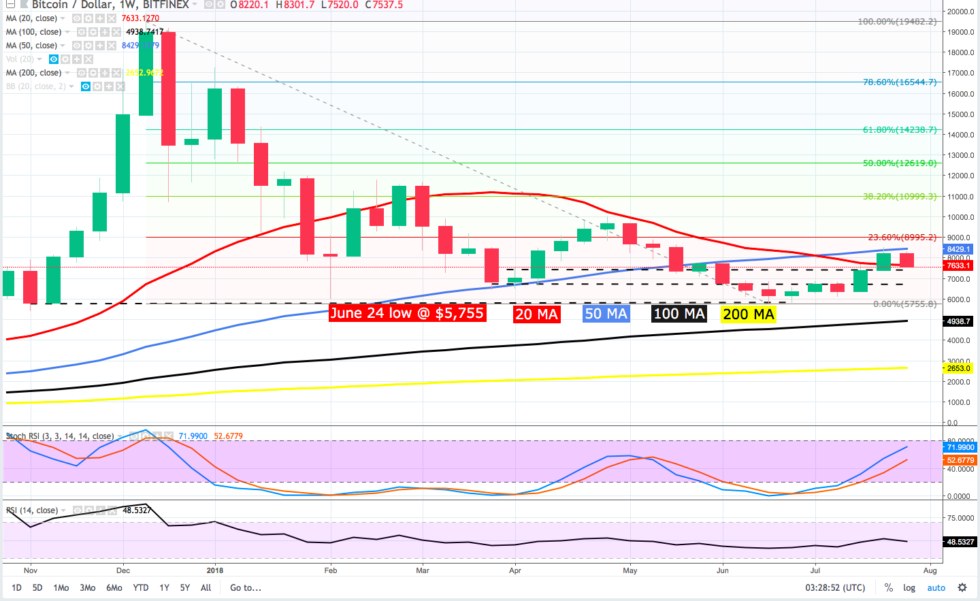 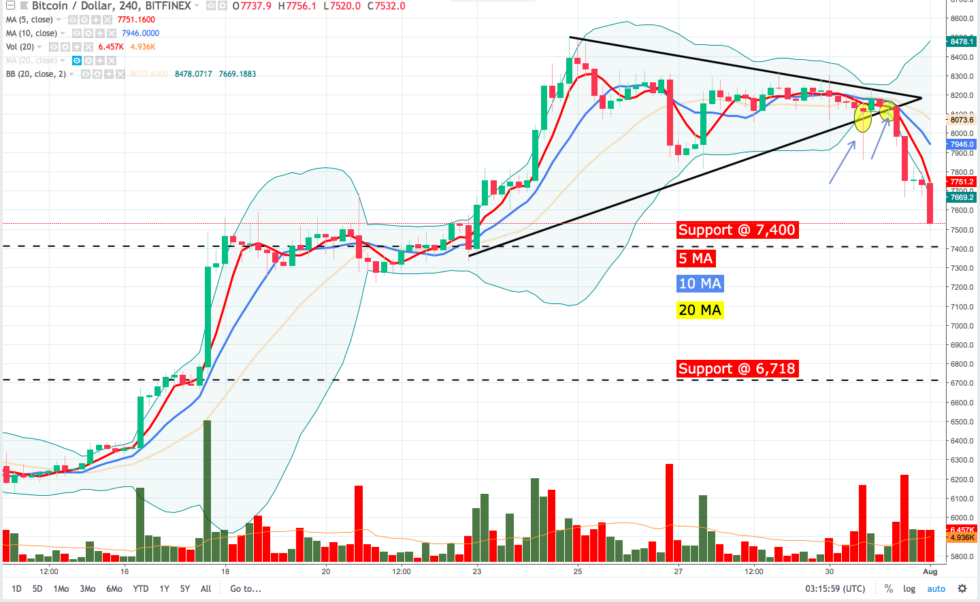 Running bulls have turned to bears as a lower high was notched on the weekly chart. A clear pattern of lower highs and lower lows can be seen on the 4-hour and hourly chart. Yesterday’s abrupt drop to $7,860 was followed by an equally surprising recovery to $8,130 and, after a weekend of tightly range-bound trading, some drastic move to either the upside or downside was expected.

Some would say the writing was on the wall as a closer look at the 4-hour chart reveals that Bitcoin was in danger as it dropped far below the lower arm of the Bollinger band indicator before Bitcoin recovered to $8,130 then increasingly pushed against and fell below the lower band again as the day progressed. At the time of writing, BTC [coin_price] sits slightly below the 100-day MA and further decline could lead to a dip below the 20-day MA. Both the Stoch and RSI have slid into oversold territory and the short-term bullish trend appears to have reversed. 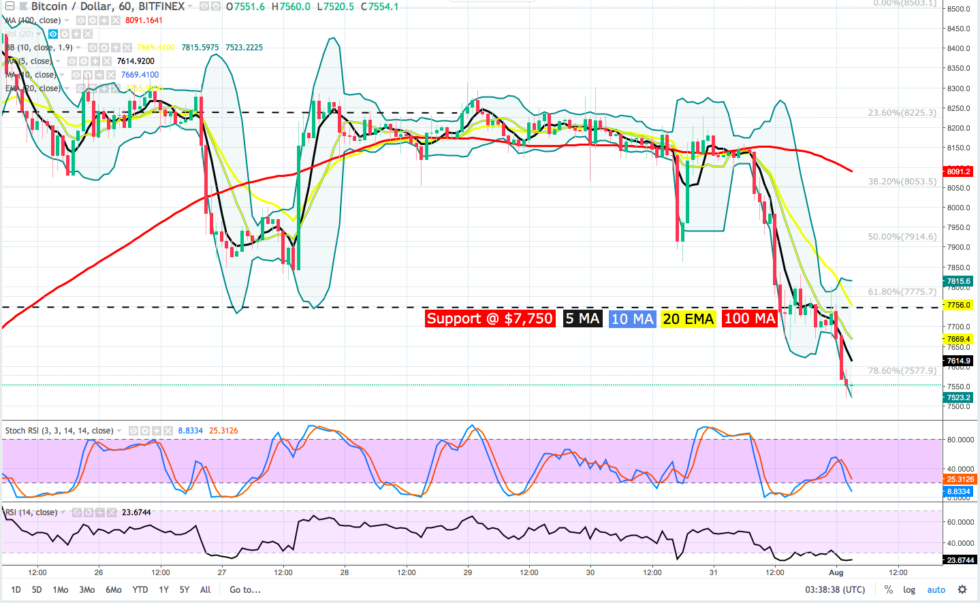 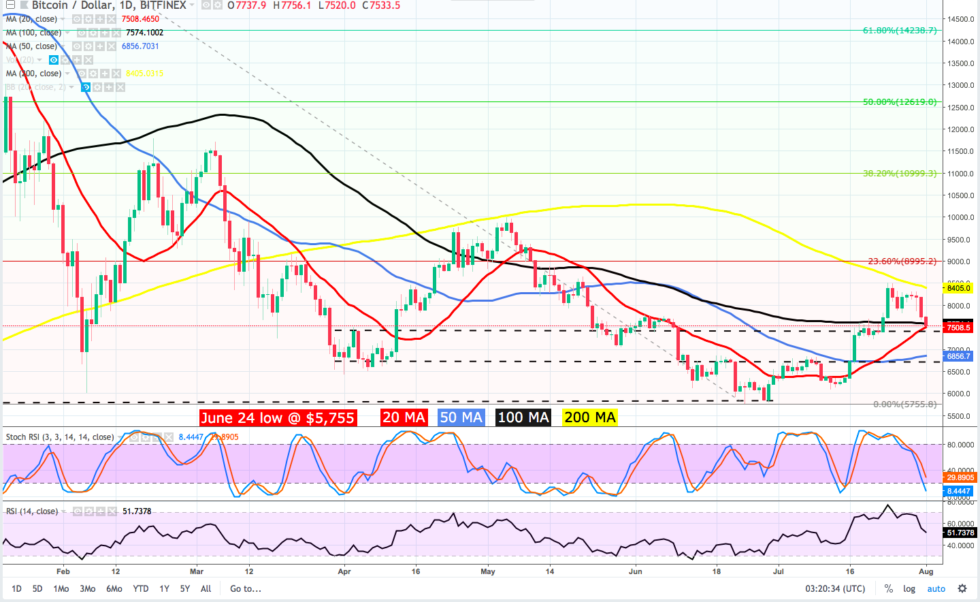 While the short-term bullish trend appears to be finished, the daily chart still shows the 20-day MA above the 50, and both continue to ascend while the 100 has flattened and just began to dip on today’s pullback.

The RSI is en route to bullish territory while the Stoch is already oversold. While there is support at $7,400 and $6,720 the current technical setup suggests that Bitcoin has further to fall.