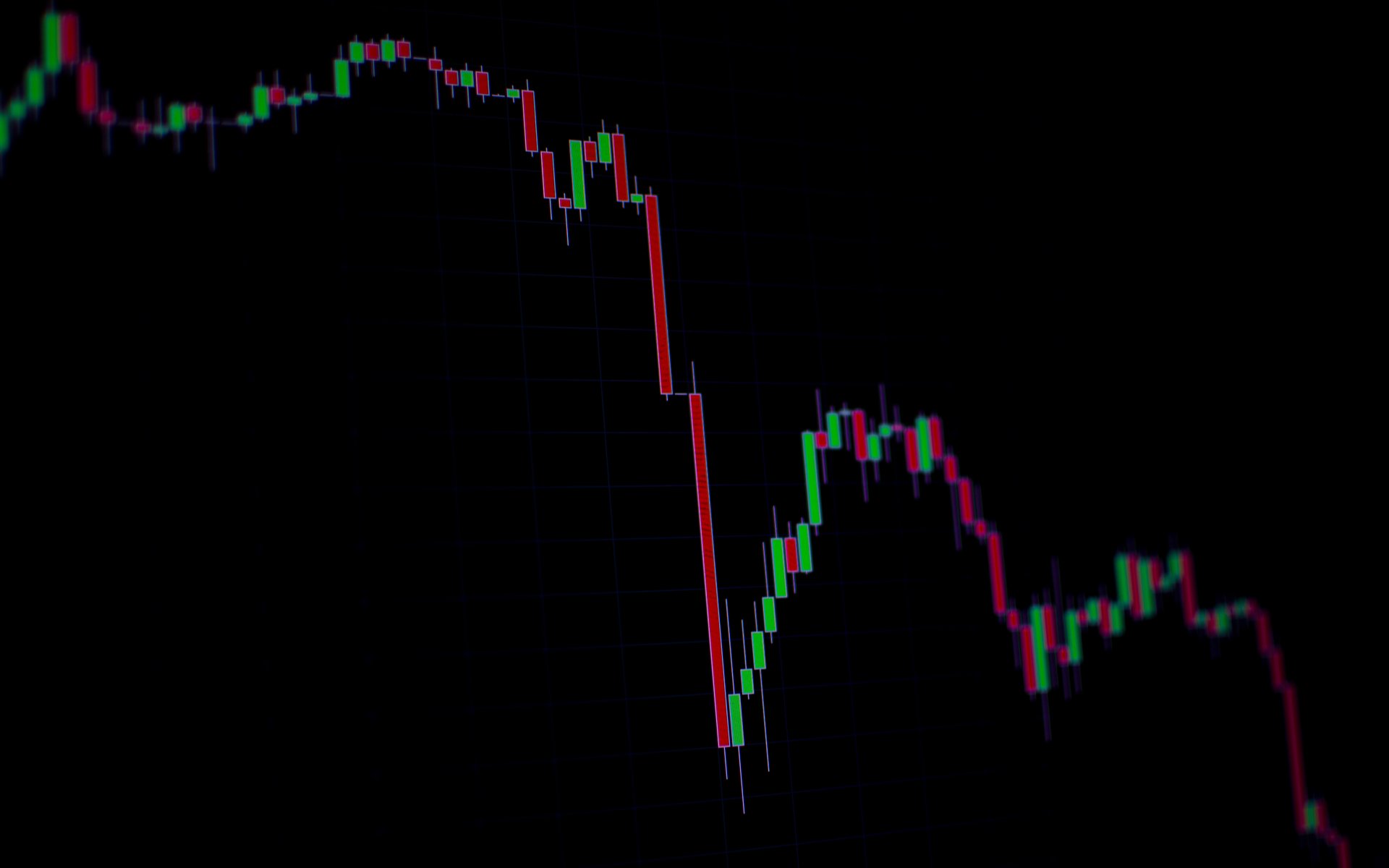 We live in a world where people only validate what they personally believe to be true irrespective of the facts. Therefore, it’s fair to ask whether Bitcoin’s repeated failure to surpass the 200-day moving average is indicative of underlying weakness, or is confirmation bias fueling investors’ dreams of Bitcoin price above $10,000?

The third time has not been the charm for bitcoin as it bounced off the 200-day MA after an exciting run up to $9,990. While a pullback from the $10,000 resistance was expected, the drop below $9,000 was a bit harsher than expected.

A quick glance at the top 10 cryptocurrencies shows a handful recovering from 10 to 15% drops and BTC has recovered some ground to sit slightly above the $9,200 support. While the pullback from $9,990 is indicative of bullish exhaustion, general market sentiment remains positive as the cryptocurrency market capitalization steadily creeps towards $500 billion.

Most investors appear unconcerned within the current correction and the majority of FUD seems to be wafting from a trio of cantankerous fuddy duddies who compare bitcoin trading with cow pats, casinos, rat poison, and ‘harvested baby brains’.

All FUD aside, encouraging developments that are likely to accelerate BTC momentum are occurring. The New York Stock Exchange (NYSE) recently announced that it intends to offer BTC swap contracts that will be settled in BTC rather than fiat.

Goldman Sachs confirmed plans to open a cryptocurrency trading desk within weeks and Mike Novogratz has decided to have another go at opening a crypto trading index. Next week New York will host the world’s largest cryptocurrency conference (Consensus) and Fundstrat research analyst Tom Lee predicts BTC is in for a ‘massive’ rally due to the excitement surrounding this momentous event.

BTC was predominately bullish for most of last week as the cryptocurrency passed through multiple resistance levels only to run out of steam at $9,990. April’s rally brought back memories of the late 2017 cryptocurrency euphoria but hopes have been continuously dashed each time BTC failed to cross the 200-Day MA. The on May 9th Bitcoin price sunk to a weekly low below $9,000 as bears broke the support at $9,200 and continued their work on the $9,000 support.

As seen on the daily chart, BTC toppled out of the ascending trend line and set lower lows and lower highs, indicating short term weakness as the bears attempt to take charge. 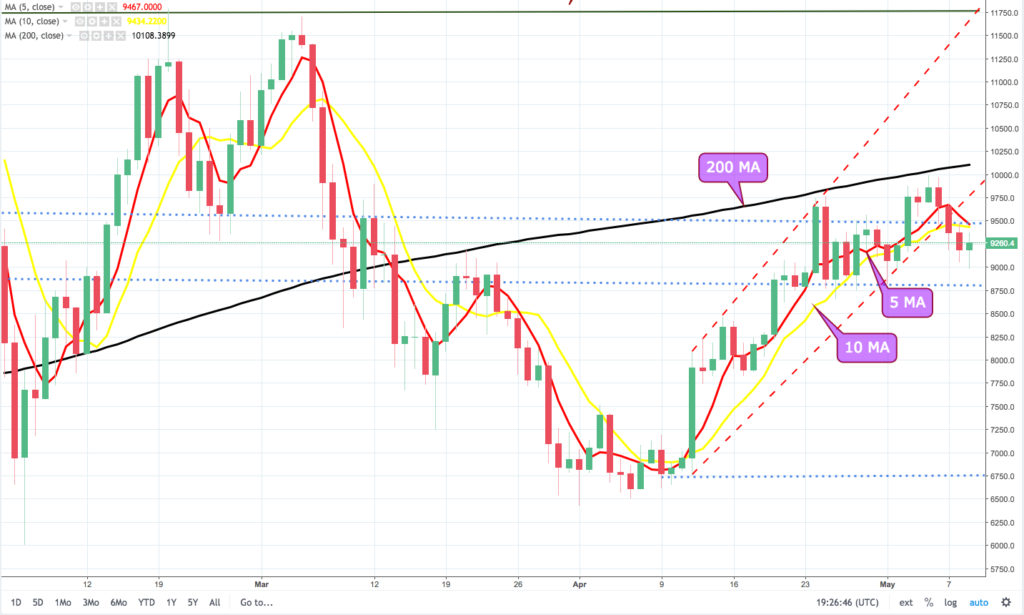 Since yesterday BTC has been working to recover lost ground, retaking the $9,200 support but struggling to reach $9,400. Various iterations of the simple moving averages highlight the dissolution of bullish bias and at the time of writing the RSI is turning down from 50 and the MACD is currently below bearish territory.

The 5 and 10-day MA have reversed course and appear to be closing the distance between each other but a turnaround won’t begin until BTC trades above the 50 MA. 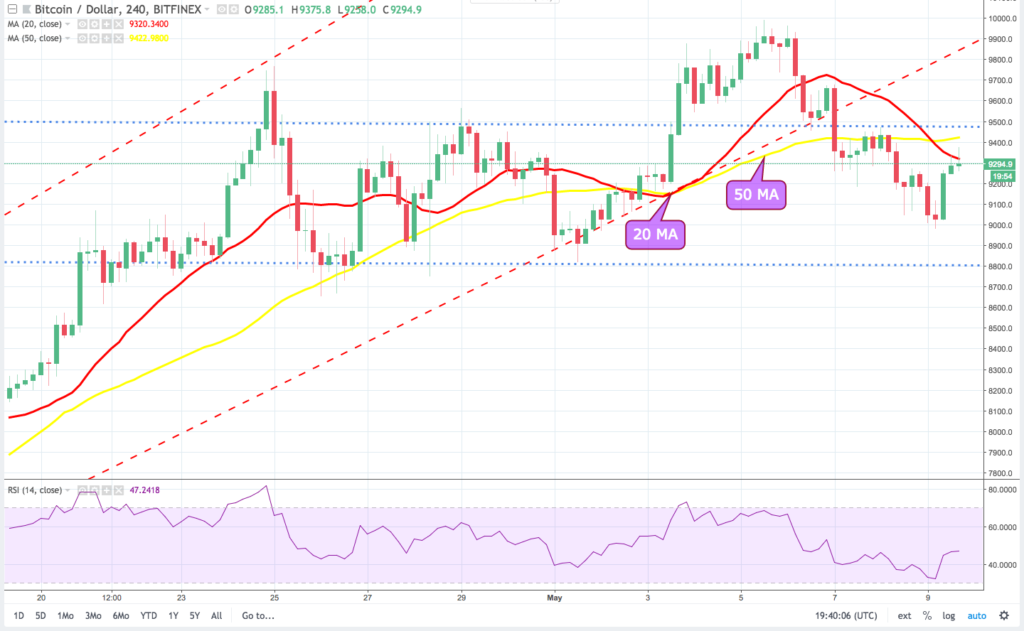 Next Test for Bitcoin Price

If the downtrend continues and BTC closes below $9,000, a drop to $8,800 and below could take place. Bearing this in mind, aggressive traders should take caution and initiate 50% positions whereas longs could add to their positions.