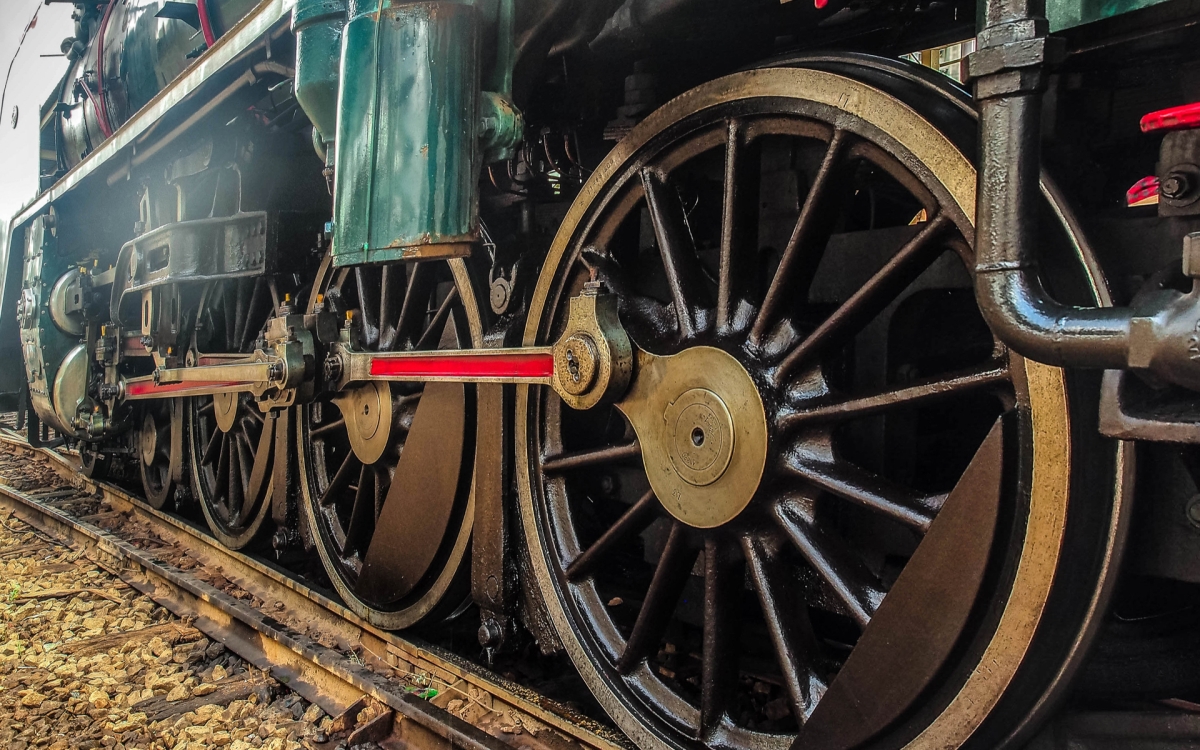 Bitcoin Price Steams to $2000 as Traditional Investors Get Onboard

Bitcoin price has broken yet another price record, this time surpassing the $1,900 mark and dipping its toes in the mainstream market audience. Could this be a pivotal moment for cryptocurrencies?

Bitcoin has once more broken its previous all-time high record today. Currently sitting at $1,925, over $168 Million were exchanged in the last 24 hours in the BTC/USD markets. The rally comes following the mild setback caused by the WanaCry Ransomware situation last week.

As traditional markets plummet, reaching the biggest U.S. market selloff of the year on Wednesday, Bitcoin positions itself as a safe haven asset and a hedge against general political and economical uncertainty, attracting concerned investors that are looking to diversify their portfolio.

The continuous Bitcoin rally is also connected to the new permissive stance taken by regulators throughout the world. In Japan, for example, BTC is surging in popularity due to a law that has recently passed to recognize Bitcoin as a legal form of online payment, removing the consumer tax and putting regulatory guidelines in place for Bitcoin businesses, resulting in 18 exchange applications in one month.

Not only that, but the revision of the Bitcoin ETF by the Securities and Exchange Commission (SEC) is also currently underway, giving Bitcoinists everywhere a glimpse of hope that this decision may be the one that see the COIN ETF listed on the Bats stock exchange.

Despite Bitcoin’s position as a global, apolitical currency that is neither issued nor regulated by any government or central bank, Bitcoin is now reaching mainstream audiences with more frequency and impact than ever before.

In the aftermath of the plummeting markets, CNBC has actually advised investors to consider Bitcoin as an investment stating that it “may look attractive as a sort of safe-haven trade.” The article published yesterday reads:

As stocks find a bit of relief after the market’s worst day of the year, investors may be looking for new bets in a market with growing uncertainty. Looking to international markets and finding refuge in bitcoin are two suggestions strategists are making.

In the Wednesday interview quoted in the article, Boris Schlossberg of BK Asset Management mentioned Bitcoin’s appeal as the “new gold”, highlighting the safe-haven property found in both assets.

Boris Schlossberg, who seems rather bullish about Bitcoin said that “[Bitcoin is] holding at very steady highs right now, and typically when you have a big move — whether it be any kind of instrument — generally you’re going to have some continuation.”

Price Up, But Dominance at Record Low

But if you think Bitcoin is doing well this year, then check out other crypto assets like Ethereum, Litecoin, Dash and Ripple, who have risen in value several times over during 2017, pushing the global cryptocurrency market cap to unprecedented heights.

The market cap of all the cryptocurrencies combined has grown from roughly 17 billion to 66 billion in 2017. What’s more is that it has already doubled so far in the month of May!

IThis has changed the cryptocurrency landscape completely, reducing Bitcoin’s dominance from roughly 80% in January to 48% now. 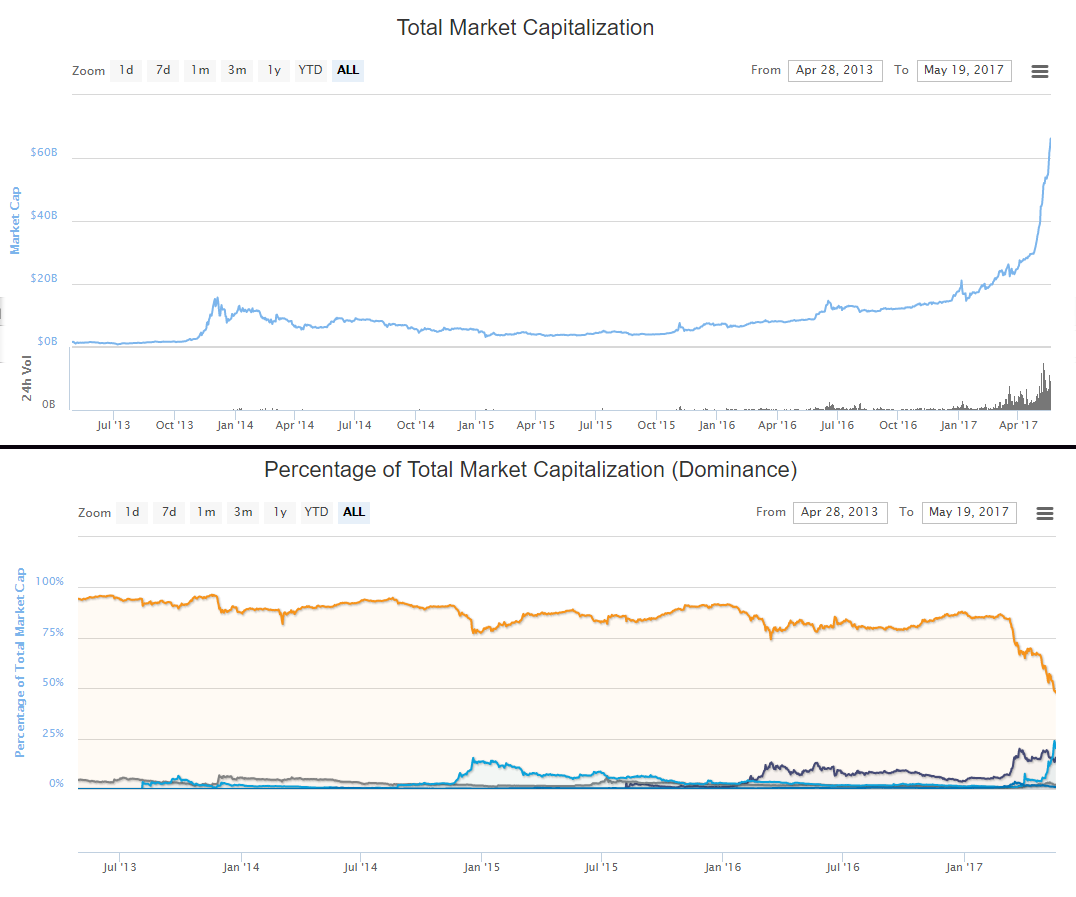 In other words, capital is pouring into cryptocurrencies and it’s not just Bitcoin!

As these assets begin to gain traction, Bitcoin could eventually lose its place as the top dog to other cryptocurrencies, despite its current advantage as the only truly battle-tested cryptocurrency with the most immutable blockchain. This is, if nothing else, a clear sign that scaling is needed in order to accommodate users that are now joining the cryptocurrency revolution.

But even so, as the fee and transaction time situation worsens for Bitcoin, its value and popularity continues to grow, revealing a desperate need for an apolitical, global and deflationary currency that citizens can trust to preserve their savings and financial freedom.

Are we entering a pivotal moment for Bitcoin and altcoins alike? Is this a bubble? Share your thoughts with us in the comment section.