Bitcoin Price: $820 Resistance in the Way of New All Time High

Current bullish sentiment and upward pressure could double the Bitcoin price in December if resistance at $820 is broken.

According to indicators, several support levels are ready to rise even if profit-taking takes place or if the big players force a sideways lateral market. Japanese Candlestick Analysis reflects that an intermediate support level has set it at around the $700 USD mark. The chart also hints that the next relevant support level could be at around $820.

[Note: click on the chart image for a larger view] 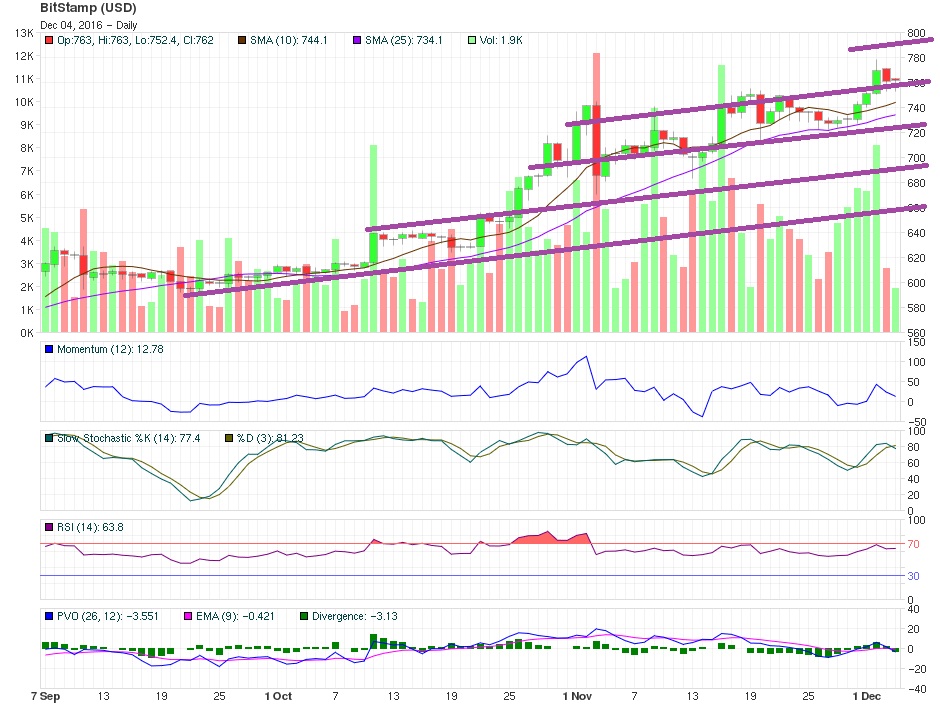 Prices recognized the recently established support at $700 to start the current climb to the trigger area at $820. From there, a euphoric bubble could form, driving the price far higher beyond all calculated technical objectives and could potentially reach as high as $1,500 (which is still short of some investors’ predictions).

Now the spot price could shake the Gann Angles Theory and advance into a fresh new territory full of new players for about another 100 points. 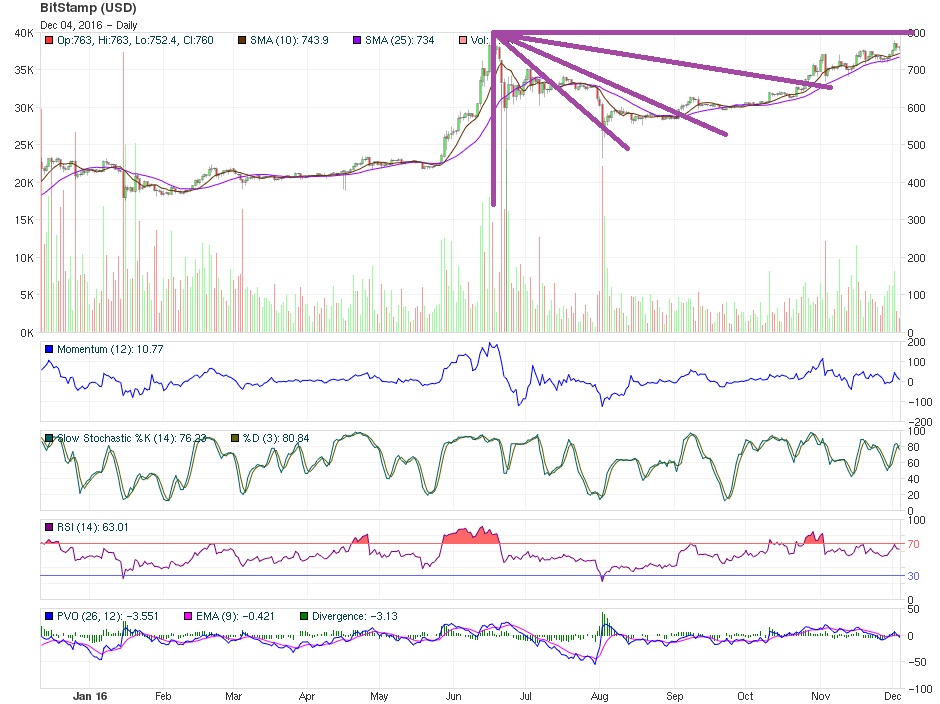 Prices are in an upward pattern, which could double the spot price by the end of December. Extrapolating the same bullish patterns from the charts above, the next price target should be analyzed at $1,100. This is far beyond the former technical goal of around $820. Instead, this spot price could serve as a launch pad on its climb to the $1,500 mark. 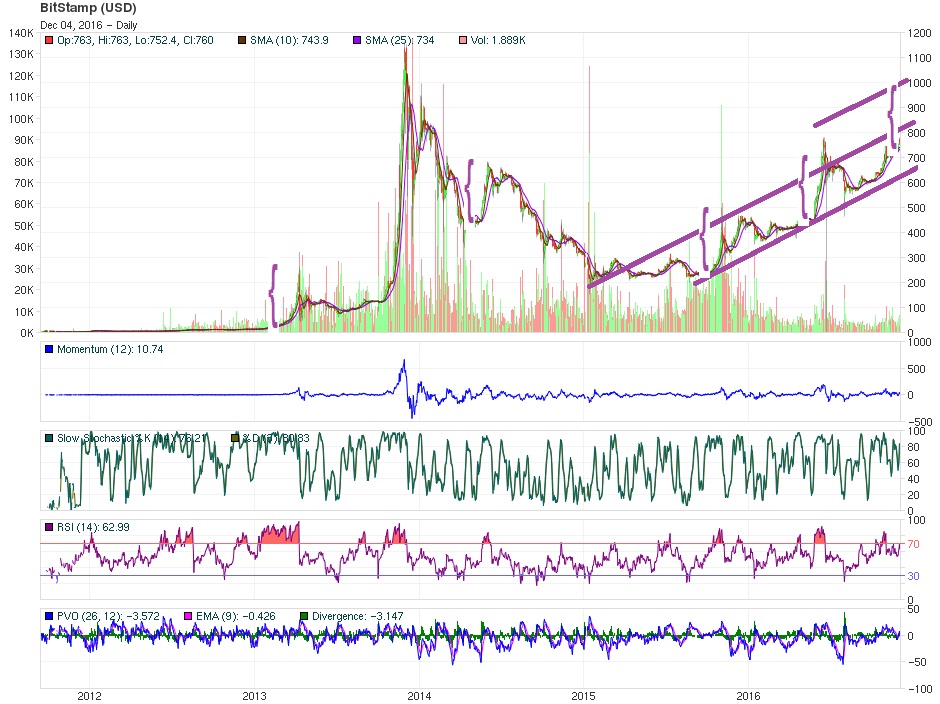 Bitcoin users are, of course, no strangers to a rising price and volatility in general. However, a monkey wrench in the form of yet another exchange hack or even hearsay of a blanket ban in China, for example, could send the price on a downward spiral below $700. While unlikely, anything can happen in the Bitcoin space.

However, as short term analysis reflects there are two support levels at $720 and $690 that look strong enough to sustain falling prices and jumpstart another upward move. Though the very last frontier appears to be around $660, anything below this level would most likely eviscerate any bullish momentum for a while.

Where do you see the price going this December? Share your predictions below!