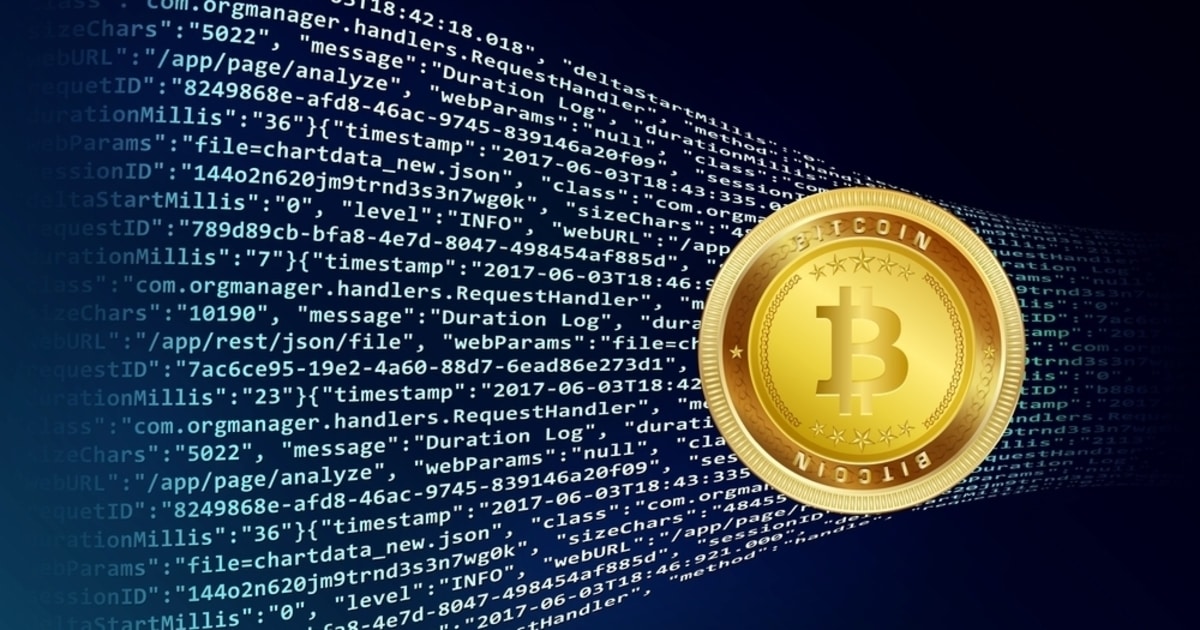 Bitcoin’s recent rally is still lingering in the market. This new break above $44k has done a lot to boost morale in the market. The number of long-term holders is on the rise and more money is coming into the market. However, one subset of bitcoin investors seems to remain unmoved with the recent rally. These are the bitcoin perpetual traders as they have remained passive even in light of new value.

Funding Rates Are In A Decline

Bitcoin funding rates have continued to remain flat despite the recent rally. Usually, when there is a rally in the price of bitcoin, perp traders want to take advantage of the movement, which leads to an increase in the funding rates of the digital asset. This time would prove to be different with funding rates remaining neutral. This will mark the third consecutive month of neutral to negative funding rates.

These funding rates have still remained flat through the current uptrend. It’s similar to what was experienced in the summer of 2021 when momentum had slowed to a crawl and the market headed into a bear. Still, the recent market movements, especially in the price of BTC, should’ve caused an uptick in the funding rates.

Another important event that took place was the massive short liquidations that followed the February 28th market rally. After a significant liquidation event like this, perp traders are usually at the forefront of taking advantage of this. But they have remained wary and funding rates continue to wane. 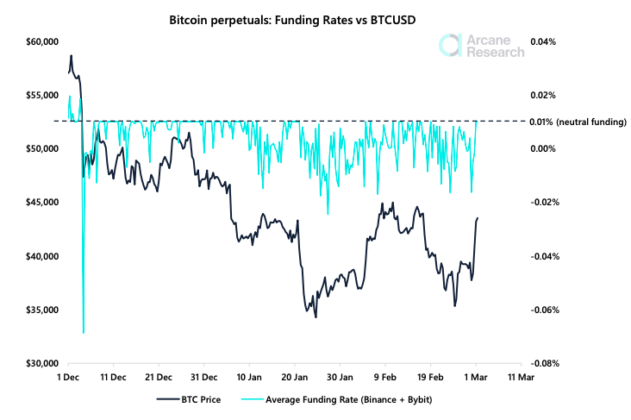 The perpetual open interest in BTC has remained stable through all of these occurrences. From 223,000 BTC, this number has recently declined to 219,000 BTC. This would suggest that perp traders are still adjusting their risk to the market and as such are unwilling to take any unnecessary risks in the meantime.

Bitcoin On The Charts

As the market opens for trading on Thursday, there is not much in the way of significant movement for bitcoin. After climbing above $40K, the digital asset has since spent most of the time fluctuating above and below $44K. This point has however proven to be a hard-to-beat resistance point for the digital asset, hence its decline below it to the $43K range.

In relation to other indicators, bitcoin is doing well compared to its counterparts. It is still trading above its 50-day moving average, an important point for the cryptocurrency to trade above.

It is mostly bullish due to the current trend with short-term indicators pointing strongly towards buy and hold. The next resistance point for bitcoin sits at $44,993 with significant support at $43,210.