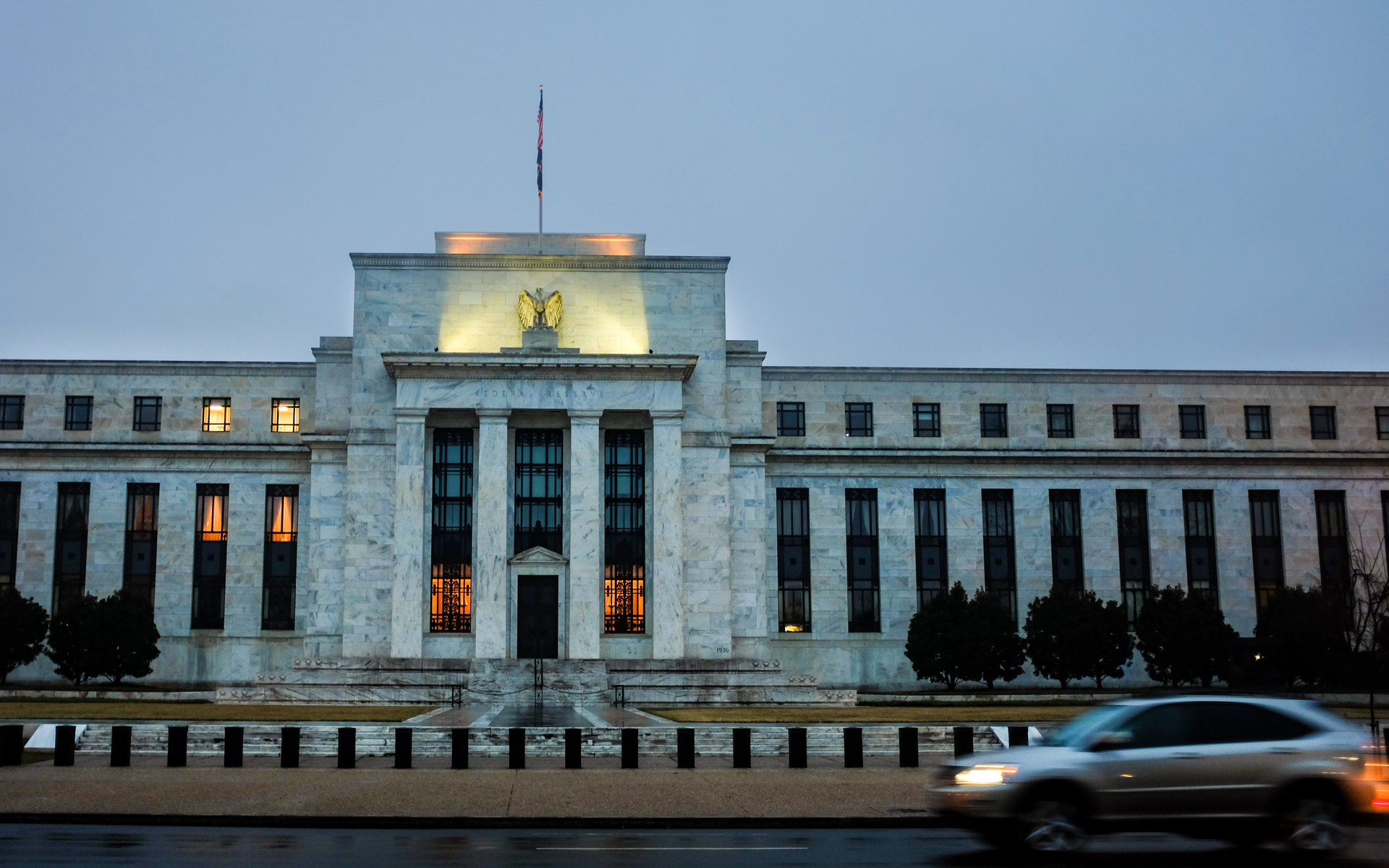 Did Bitcoin spot a significant error in an otherwise positive US jobs report? Apparently, yes.

The benchmark cryptocurrency plunged by a modest 1.61 percent to circa $9,091 at the Thursday session close. The dull finish surfaced despite favorable risk-on sentiments led by the news that the US added 4.8 million jobs to its economy in June. On the other hand, stocks rallied. 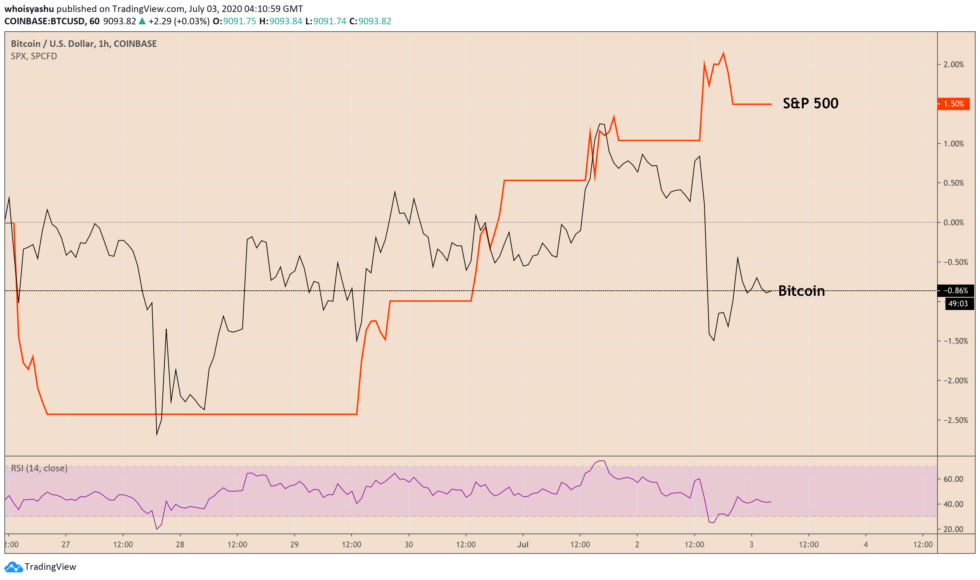 The event showed the first signs of decoupling between Bitcoin and the S&P 500 after weeks of strong positive correlation. Stock investors favored the optimistic data against the grim outlook raised the rising number of COVID infection rates. Meanwhile, Bitcoin traders remained cautious.

Part of the reason why the top cryptocurrency did not tail the S&P 500 on Wednesday also points to underlying troubles with the US jobs data. Indeed, the report showed the unemployment rate ticking down from 13.3 percent in May to 11.1 percent. But, it did not address the rising number of permanently unemployed workers.

The Conference Board, a New York-based nonprofit, sheds more light on the matter. In a press release published Thursday, the organization stated that more than 1.4 million Americans filed for unemployment benefits last week. It also accused the Department of Labor of misclassifying jobs, noting that the actual jobless rate is around 12.3 percent, not 11.1 percent.

“On top of that, the large government stimulus – especially the unemployment benefits it provides – will mostly end in the coming month, and its future is uncertain,” the Conference Board added. 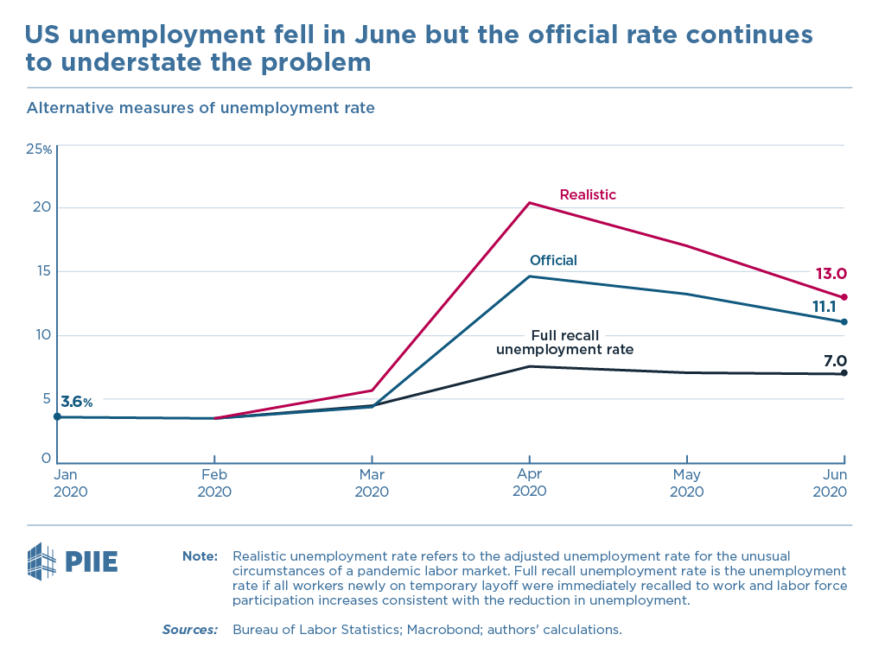 Realistic vs. official Unemployment rate in the US. Source: Bureau of Labor Statistics

It does not mean that every Bitcoin trader assessed the US jobs data and decided to sell the news. But the cryptocurrency’s plunge against the S&P 500’s jump showed that some traders spotted the said error before the Wall Street. Or, in simple terms, they just got bored of the cryptocurrency’s flat trend and sold it at the local top.

What’s Ahead of Bitcoin

As the US market goes on a long weekend holiday to celebrate the independence day, Bitcoin stands pretty much on its own until Sunday evening.

Traders may keep watching the number of COVID cases as their cues to understand the next stock market phase. The S&P 500 may pare some of its gains on Monday on profit-taking sentiment, leaving Bitcoin either flat or depressive. 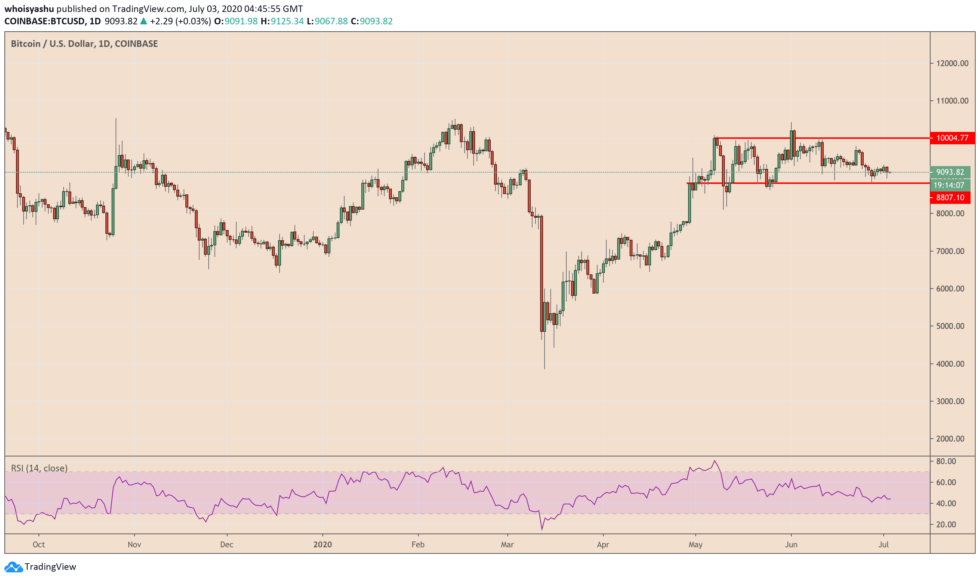 It all narrows down to technicals in absence of major fundamental drivers. Josh Rager, a cryptocurrency market analyst, said on Friday that Bitcoin would anyway benefit regardless of its bearish/bullish/sideways bias.

“If it breaks up, price likely ranges over $10k+ for a while – after being held below $10k for so long,” he tweeted. “If price breaks down, it will give more time to accumulate in 4-digit territory.”