by Eduardo Próspero
in Bitcoinist Book Club, Bitcoin, Knowledge Base
0

To lay the foundation for everything we’ll learn in the Bitcoinist Book Club, we had to start with “The Bitcoin Standard” by Saifedean Ammous. A fair amount of experts in the field recommend it as the first Bitcoin book people should read. Does that mean it’s too basic for the Bitcoinist audience? Not at all. Our readers might already be familiar with these concepts, but seeing them used as building blocks to construct a case for Bitcoin is a thing of beauty.

Here’s an introductory deep dive into The Bitcoin Standard and the first iteration of the Bitcoin Book Club.

The book is divided into three parts. The first one discusses the concept of money and everything it implies. The second part goes back in time and analyzes the use of “sound and unsound forms of money throughout history.” The third, finally, gets into Bitcoin and the possibilities it brings to the table, “and analyzes the possible uses of Bitcoin as a form of sound money.”

The prologue also provides a solid definition of what Bitcoin is:

In essence, Bitcoin offered a payment network with its own native currency, and used a sophisticated method for members to verify all transactions without having to trust in any single member of the network. The currency was issued at a predetermined rate to reward the members who spent their processing power on verifying the transactions, thus providing a reward for their work.

That means Bitcoin is, “the first demonstrably reliable operational example of digital cash and digital hard money.” This is huge. This is what the world needs. And, as we go through this book, we’ll find out exactly why.

The prologue cannot end without a familiar disclaimer: “This book does not offer investment advice.” Of course it doesn’t, and everybody involved resents the implication. 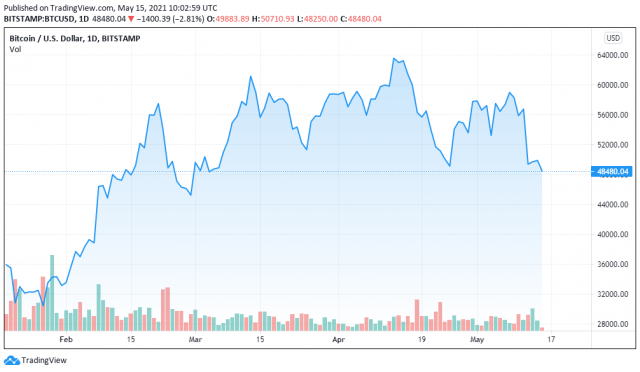 The main function of money is as a medium of exchange. The second is as a store of value, and the third is as a unit of account. We need money because barter is not an efficient enough system for a complex society. So, “A good that assumes the role of a widely accepted medium of exchange is called money.” It doesn’t matter what it is and it doesn’t have to be “government paper.”

What the market looks for in potential money is salability. That is, “the ease with which a good can be sold on the market whenever its holder desires, with the least loss in its price.” If that characteristic persists across time, then the asset displays an “ability to hold value into the future.” So, it becomes a store of value.

It therefore follows that for something to assume a monetary role, it has to be costly to produce, otherwise the temptation to make money on the cheap will destroy the wealth of the savers, and destroy the incentive anyone has to save in this medium.

If it’s difficult to produce new “monetary units,” that’s “hard money.” If it isn’t, then it’s “easy money.” Over time, people who use hard money will tremendously outperform people who use easy money. A constant increase in the supply will erode the purchasing power of the easy money, it’s as simple as that. The law of supply and demand never fails.

The ratio between the stock and flow is a reliable indicator of a good’s hardness as money, and how well it is suited to playing a monetary role.

With flow being the “extra production that will be made in the next time period.” These core concepts are the basis for PlanB’s Stock-To-Flow model. And this is the main reason that model works, “The higher the ratio of the stock to the flow, the more likely a good is to maintain its value over time.” Or to, you know… augment its value.

It’s time to talk about liquidity, “the more people accept a monetary medium, the more liquid it is.” And acceptance throughout a community is the characteristic that allows for pricing to be, “expressed in its terms, which allows it to play the third function of money: unit of account.”

So, money plays “the roles of medium of exchange to allow specialization; store of value to create future-orientation and incentivize individuals to direct resources to investment instead of consumption; and unit of account to allow economic calculation of profits and losses.”

So simple, and yet it eludes even the smartest of us.

A Critique, Because It Can’t All Be Positive

This sentence should’ve been heavily edited, it sounds like a bad joke:

Producers can specialize in producing capital goods that will only produce final consumer goods after longer intervals, which allows for more productive and superior products.

Five product-related words in a row? Come on! And, as a bonus, in the same paragraph:

Three more product-related words? That’s a total of eight in the same paragraph. Too much.

Stay tuned for the next installment of the Bitcoinist Book Club.