The aggregated cryptocurrency market has been closely moving in lockstep with Bitcoin throughout the past several days and weeks.

Although this caused most altcoins to plummet lower earlier this week, it allowed them to see some relief yesterday when BTC made a significant push higher that sent its price up to highs of $10,800.

At this point, the cryptocurrency faced some resistance that slowed its ascent and caused its momentum to stall, subsequently dropping back down to $10,600.

One analyst is now noting that although structurally Bitcoin is looking somewhat bearish, the fact that funding is negative across the board makes him wary of entering any short positions.

The crypto has been finding some support just below its current price level, but it remains unclear how long this will last.

While speaking about Bitcoin’s near-term outlook, one trader explained that its market structure is beginning to look increasingly bearish as its momentum stalls.

He does note, however, that negative funding is working in bulls favor at the present moment. 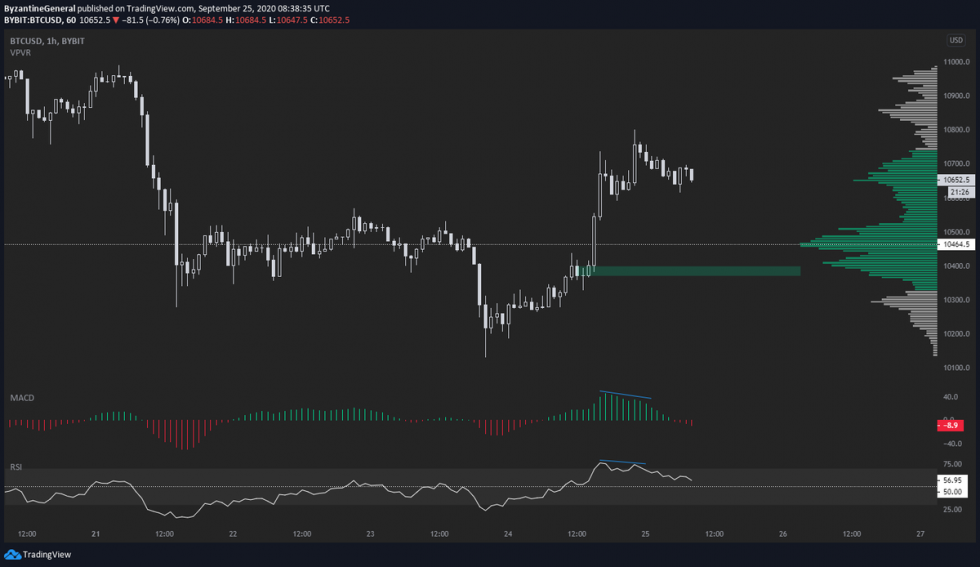 Whether or not Bitcoin can push higher may depend largely on how it continues reacting to the key resistance just above its current price.

Even if it does break above $10,800, the selling pressure found around $11,000 will be significant, and potentially cause it to reel lower once again.